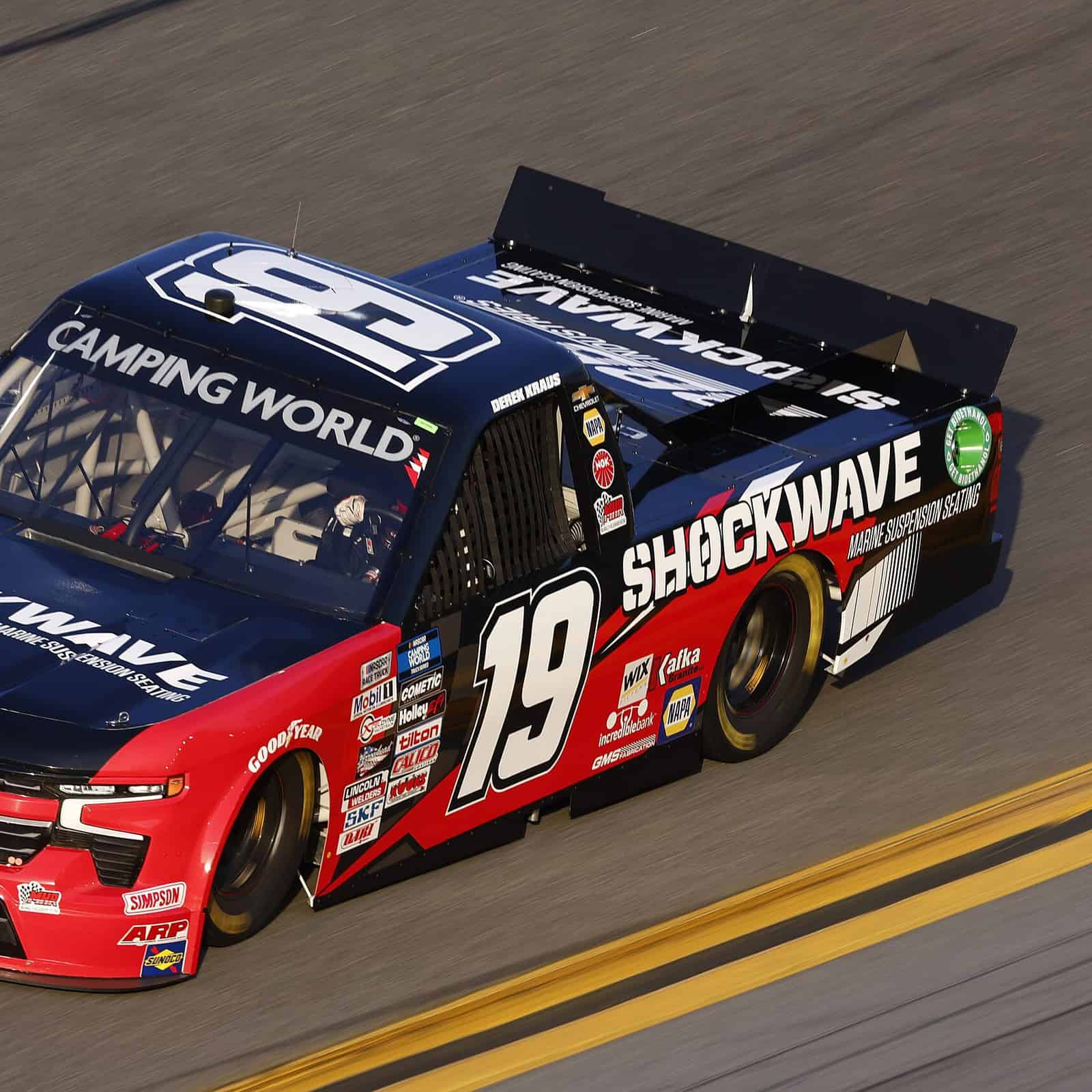 Charles Denike will be atop the No. 19 pit box serving as Derek Kraus‘ new crew chief, McAnally-Hilgemann Racing announced on Saturday (July 2).

“We’re excited to have Charles join our team,” team co-owner Bill McAnally said in a team release. “We’re confident that he will strengthen our overall team as we move ahead and help us take full advantage of the opportunities we have available through our alliance with GMS Racing.”

“I am excited to join MHR and to work with Derek Kraus on the 19 team,” Denike said. “Derek is highly talented and we are looking forward to our first race together at Mid-Ohio. Over the next two races we will push hard to make the playoffs. MHR has built a great team with a strong foundation and I am thankful for the opportunity to help continue to advance their program.”

Denike moves from GMS Racing to McAnally-Hilgemann. The two teams have an alliance. Prior to working with Enfinger, Denike was Tyler Ankrum‘s crew chief for the 2020 season. Denike has served as the winning crew chief twice in the Truck Series, winning in 2020 with Chase Elliott at Charlotte Motor Speedway and Sam Mayer at Bristol Motor Speedway.

Kraus is currently 11th in the championship standings, the first driver below the playoff cut line. With two races remaining in the Trucks regular season, Kraus trails by 29 points. This season, he has four top 10s with a season-best finish of sixth place at Knoxville Raceway.

Overall in his Truck Series career, Kraus has four top fives and 23 top 10 finishes with his career-best finish of second place in the 2020 race at Darlington Raceway.

Denike’s first race with Kraus will be at Mid-Ohio Sports Car Course. The Truck Series will compete there on Saturday, July 9 at 1:30 p.m. ET with TV coverage provided by FOX Sports 1.