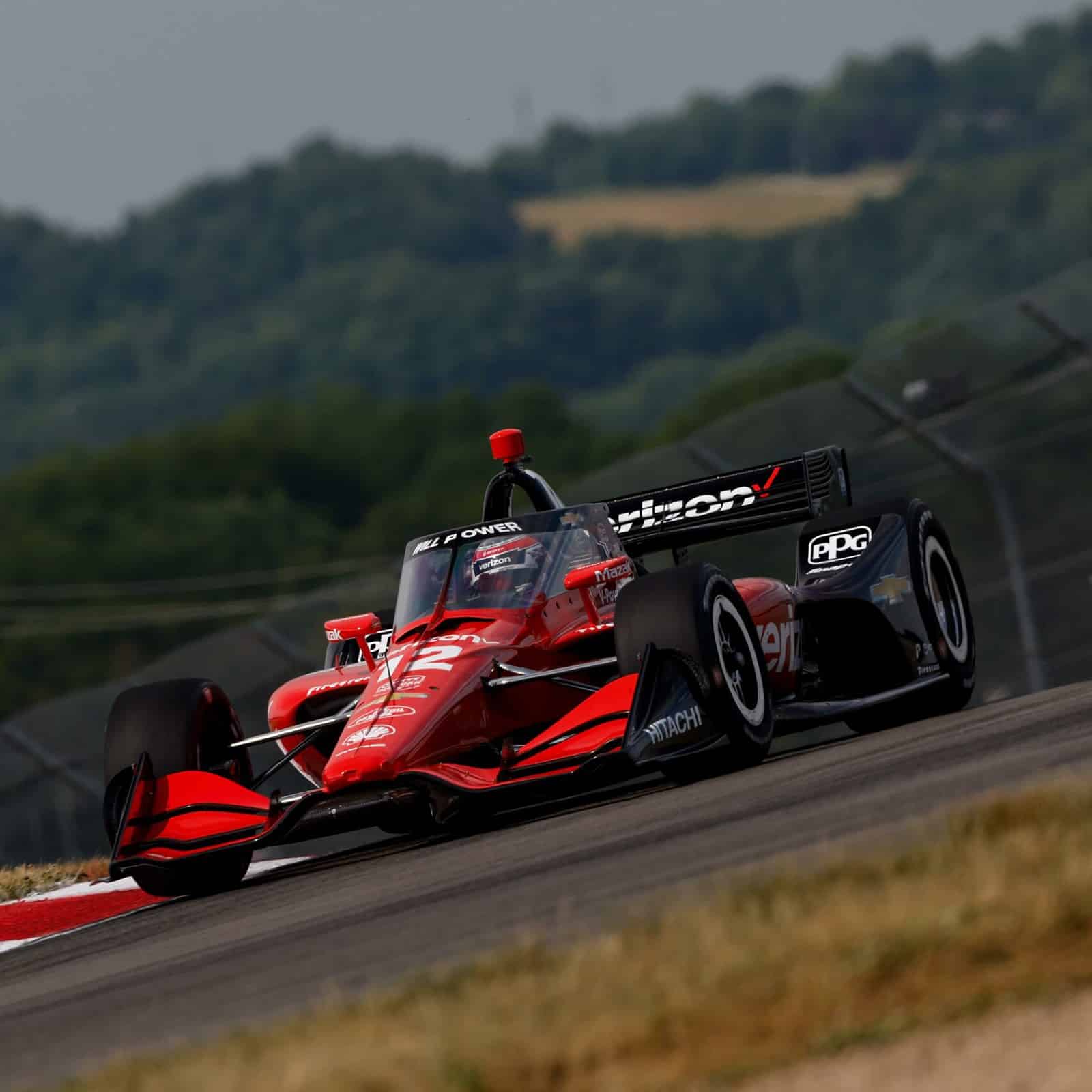 LEXINGTON, Ohio — After setting the fastest lap in his round one qualifying group at Mid-Ohio Sports Car Course, Will Power received the news that INDYCAR race control penalized him for qualifying interference.

The 2018 Indianapolis 500 winner was warming up his tires after exiting the pits while Helio Castroneves was on track behind Power. Power swerved on track, causing the No. 06 Meyer Shank Racing Honda to swerve in reaction to avoid Power’s No. 12 Team Penske Chevrolet, going into the grass as the pair headed to turn 4.

.@12WillPower does not advance to Round 2 of qualifying after being penalized for this incident with @h3lio. #INDYCAR // #HONDA200 pic.twitter.com/SFm0aDupnB

Power lost the NTT IndyCar Series points lead after finishing 19th at the most recent IndyCar Series race at Road America and will start 21st for Sunday’s (July 3) Honda Indy 200. Power and Castroneves had a conversation at Power’s pit box that was not heated.

“He was just feeling sorry that that happened, it was totally on us,” Power said of Castroneves on pit road. “I talked before the session and said, ‘I’ve got to know if someone’s on a lap when I’m on my out lap, we can’t get one of these penalties,’ and we got one of the penalties. So that’s just giving away a chance at definitely a top six I feel like, and maybe a pole.

“On weekends when you’ve got a car that can win, we can not be doing this, so it’s on us, we just weren’t on top of that one and got a penalty. That’s the rules.”

“It’s on us. We just weren’t on top of that one and got a penalty. That’s the rules.”@12WillPower will start 21st for tomorrow’s #Honda200.#INDYCAR // @Mid_Ohio pic.twitter.com/sGOU70HHiv

Castroneves did not advance from the first round either and will start 15th on the grid after setting the eighth best time in the group.

“Obviously it’s a tough situation,” Castroneves said. “I was already on my green flag lap, I know every lap is going to be faster and I saw Will, I thought he saw me and he started weaving right in front of me, but I still think that he’s just warming his tires and he’s going to take it easy so I’m going to pass, and he just really chopped me off.”

Castroneves told Power that the Australian racer didn’t have to slow up that much on his warmup lap because the two-time Mid-Ohio winner believed Power had a car fast enough to be in the Firestone Fast Six at the end of qualifying. Whether that car would be fast enough to beat eventual polesitter Pato O’Ward is another story.

Series points leader Marcus Ericsson fared a little bit better in the same group as Power and Castroneves but also did not advance to the second round of qualifying. The 2022 Indianapolis 500 winner will start 13th in the No. 8 Chip Ganassi Racing Honda, missing out on the second round by .1543 seconds.

“I think the car didn’t feel as good today as yesterday on the reds, but still I think the pace was okay,” Ericsson said. “We were out a bit in the queue, so there were some cars ahead of me that were throwing up dirt on the track and that didn’t help, you know. It made it a bit slippery in some corners because of that. It’s so tight, there’s small things I can make a difference (in), so yeah. Overall it’s very disappointing.”

Road America race winner Josef Newgarden is third in IndyCar points but was seventh fastest in group two, failing to advance to the next round of qualifying. The No. 2 Team Penske Chevrolet was .0961 seconds slower than the sixth-fastest driver Kyle Kirkwood and will start 14th.

Newgarden has two wins at Mid-Ohio in 2017 and 2021, but started second and first in those races, respectively. The Tennessee native will have a large mountain to climb to join Scott Dixon (22nd in 2014) and Graham Rahal (13th in 2015) as the only two drivers to win at Mid-Ohio after starting lower than eighth on the grid in IndyCar competition.

The two-time IndyCar Series champion cited traffic as the culprit for why he did not advance in qualifying.

“It’s a shame, the PPG car was good,” Newgarden frustratingly said on pit road. “It’s just IndyCar qualifying. Sometimes it’s totally fine, you don’t have any issues, and then sometimes… yeah, it’s a tight track. Look, we’re going out first and I catch the slowpokes all the time, so it’s been all day. It happened again today. It’s a real tough situation to be in at times because on the second lap, I’m catching I think it was, I don’t know who it was, it was (Tatiana) Calderon or whoever and (Jimmie) Johnson, and then I’ve got (Alex) Palou behind me so I can’t block him but you’ve got to keep the cadence up to keep temperature so you’re just in a bad spot and then we had to abort the second lap and I’m too close behind those guys on that third lap.

“It’s frustrating. I know they’re trying hard, I know, I know, but yeah, just needed to be behind some faster cars.”

Frustration from last year’s winner @josefnewgarden after not advancing to round two of #Honda200 qualifying.

He’ll roll off 14th for tomorrow’s race. What do you think of his comments?#INDYCAR // @Mid_Ohio pic.twitter.com/PjqREUPzaK