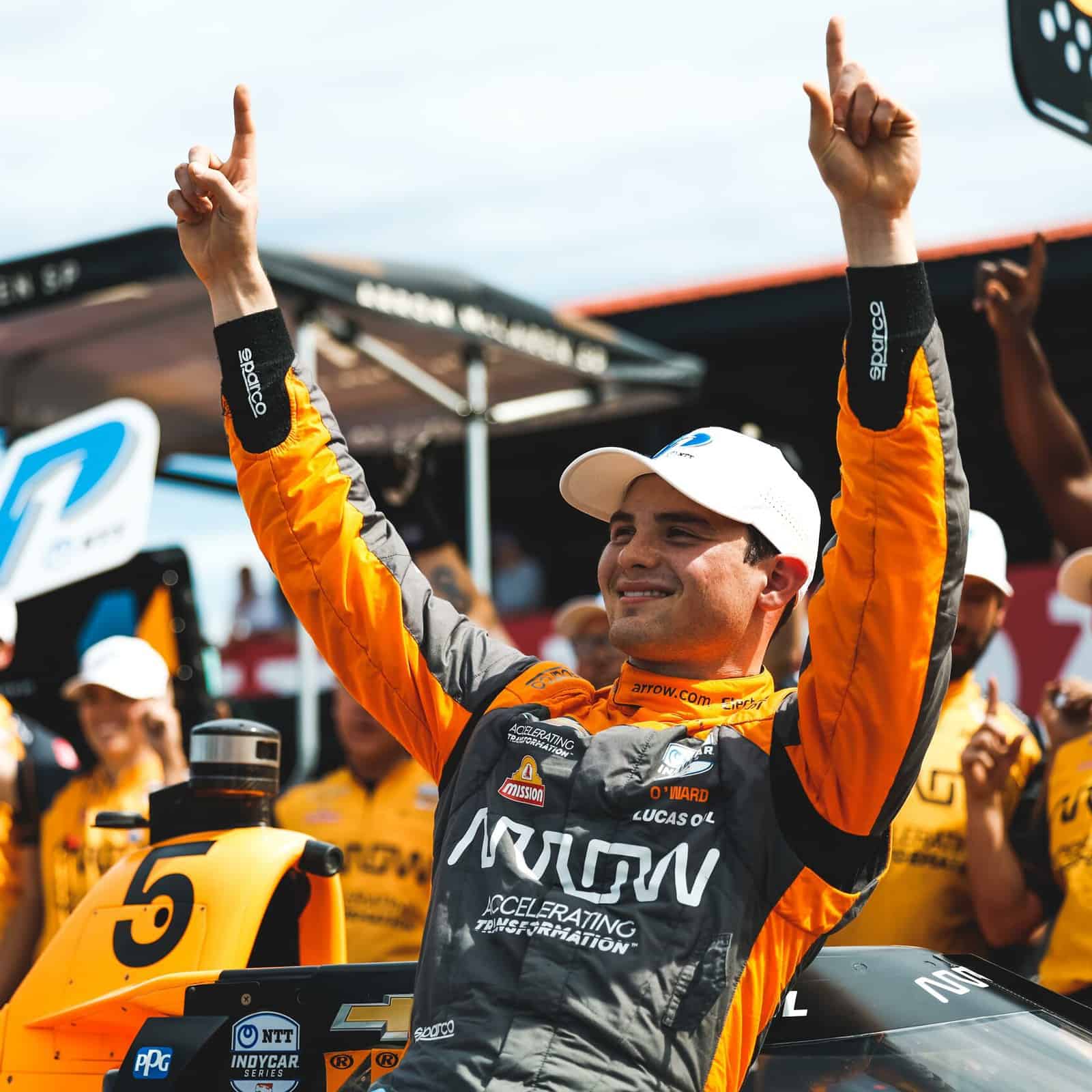 O’Ward is the ninth different pole sitter in nine races so far in the 2022 NTT IndyCar Series season and will be joined on the front row by Team Penske’s Scott McLaughlin.

“It’s a long race, a lot can happen. But we’re in a great starting position! We’ve got the best view into turn one and we’re going to be giving it hell tomorrow.”

Track space was at a premium all day around the very narrow Mid-Ohio, and it was hard-pressed to find a driver on the grid that didn’t dip a wheel, or four, off the track at some point through the session.

Fortunately, no major incidents occurred throughout the course of Saturday’s session.

While the Firestone Fast Six contested the first three rows of the grid among themselves, the championship leaders were left to watch from the sidelines after a series of shocking eliminations in the early rounds of qualifying.

Of the top five drivers in the points standings, only O’Ward managed to advance from round one to the Fast 12 and then to the Fast Six.

Will Power was eliminated from the day’s first round after being penalized for impeding Helio Castroneves’ flying lap. Power had been weaving down the back stretch to warm his tires and did not notice the fast approaching Castroneves, who had to swerve off-track to avoid the Australian.

Power’s actions cost him his two fastest lap times, meaning he will start on the 11th row of the grid on Sunday.

Points leader and Indy 500 winner Marcus Ericsson likewise couldn’t string together a lap fast enough to advance from round one, with defending champion Alex Palou facing a similar predicament in round two.

As such, the drivers sitting first, second, third, and fifth in points will start the Honda Indy 200 at Mid-Ohio from outside the top six.

The starting order is as follows: