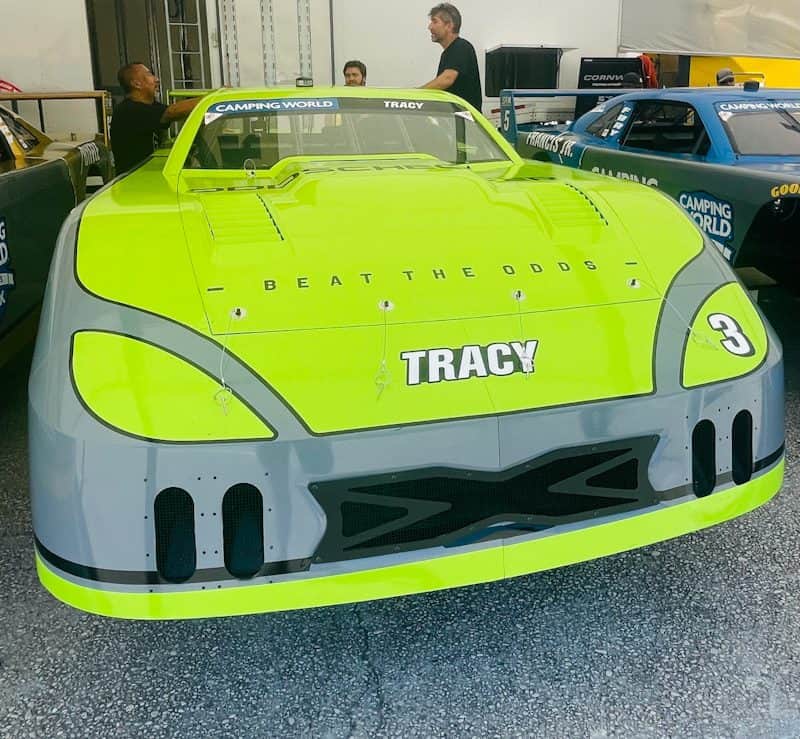 Ever since being signed to race full-time in the Camping World SRX Series back in 2021, Paul Tracy had been unlucky. In addition to his involvement in most incidents last season, Tracy was spun from the lead in heat two of the series’ previous event at South Boston Speedway.

However, Tracy impressed in the July 2 race at Stafford Motor Speedway, as he showed speed all night and finished in third place, last on the podium and the best finish of his SRX career. Tracy also earned enough points in the two heat races to start the main event in second – tied for his best starting spot for a feature – next to polesitter Marco Andretti, which led to a great night with a great finish.

“That was like a win for me, because I struggled so bad here last year,” Tracy told Frontstretch post-race.

Despite this, Tracy still had some run-ins on track. He made contact with Michael Waltrip during the race, which caused debris to be shed from Waltrip’s car and brought out a caution. Then Tracy ran into Greg Biffle, sending the latter off-roading, but not bringing out the caution.

“I was on the outside of him, and we just hooked,” Tracy said of the incident with Biffle. “I couldn’t get off him, and I almost turned him but he saved it.”

After restarting fourth on the final restart, he made his way around Tony Stewart for the third position, a position he would not relinquish the rest of the race.

For a split second, it looked like Tracy might have a shot at the win, as race leaders Andretti and Ryan Newman fought hard for the lead on the final restart. But Newman quickly settled the fight and pulled away for the win, eliminating Tracy’s chance.

“But I’ll take it, man, I’ve been dying for a podium finish.”

Tracy will now look to ride his momentum into Nashville Fairgrounds Speedway, a track where he tied his previous best feature finish in 2021, finishing fifth.