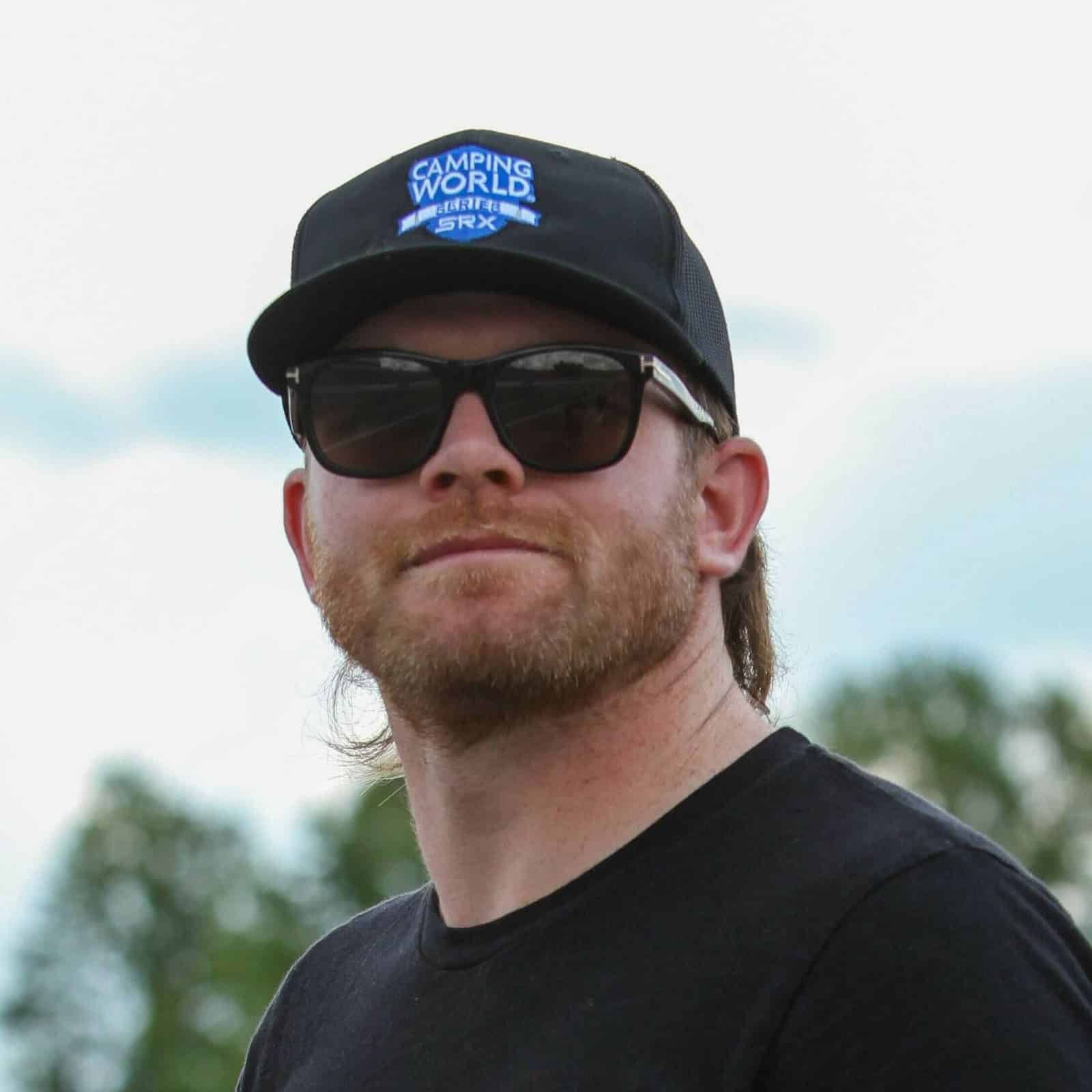 Daly was the color commentator for SRX’s first two races of the season before missing this past week at Stafford Motor Speedway due to his full-time job, racing the No. 20 car for Ed Carpenter Racing. IndyCar had a race at Mid-Ohio Sports Car Course this past weekend, so Willy T. Ribbs filled the gap at Stafford with Daly away.

Daly was a new addition to the CBS team this season after James Hinchcliffe, Danica Patrick and Dario Franchitti split time as the color commentator last year. The opportunity helped launch Hinchcliffe into his current role with NBC’s coverage of IndyCar, so naturally, Daly turned to him for advice while prepping to be a broadcaster for SRX.

“Hinch obviously did a great job here in the booth, and he’s doing a great job now for NBC,” Daly told Fronstretch. “He’s got a lot of great stuff to say, and he does a great job with it. So I just tried to ask a few questions.”

But why did CBS choose Daly to be the replacement?

“I actually don’t really know how I got thought of for this role,” Daly said. “But Pam [Miller], who is with CBS, had worked with my dad before in commentating, and she’s worked with a lot of people I know. She’s known me since I was a child. I don’t know how it happened, but I got a call and I said, ‘Absolutely, I’m definitely down to do this.'”

Daly’s father Derek formerly competed in Formula One, CART and IMSA before becoming a broadcaster. But the younger Daly has established himself as a fan favorite on his own, thanks in large part to his many media projects that allow him to share his energetic yet relatable personality.

Daly has been on The Pat McAfee Show and has been sponsored by McAfee in the past — they seem to know each other pretty well. Daly’s podcast with comedian Joey Mulinaro, Speed Street, was recently picked up by Dirty Mo Media. He was even on the 30th season of CBS’ Amazing Race, where he and Alexander Rossi were teammates and finished fourth.

“CBS had a relationship with him from the Amazing Race when he and Alexander Rossi did it together, Bestwick told Frontstretch. “They brought his name up, and I said, ‘Yeah, I’d like that. That’d be fun.’ Good driver, good personality. And how could you go wrong putting a mullet on television?”

The hire was an immediate success, as Bestwick noted he didn’t have to give Daly any advice.

It certainly helped that Bestwick and Daly were no strangers to each other. Bestwick was the lead announcer for several of Daly’s IndyCar races while he was with ABC/ESPN, and as Indianapolis Motor Speedway’s PA announcer.

“Honestly, I feel pretty lucky to be up there with Allen [Bestwick],” Daly said. “I’ve watched him for years. He’s obviously commentated on races I’ve done as well. … “He is an absolute pro and a legend.

“It’s very, very nice to have someone up there to lean on a little bit. And realistically, if I start not knowing what to say, I know he’s gonna know exactly what to say. So that’s always perfect.”

If there were moments in the first two weeks where Daly didn’t know what to say, they were hard to notice. After all, he was just doing what he loves.

“I learned a lot for sure, but I love talking about racing,” Daly said. “So for me, I don’t find it very difficult. It’s just a matter of how do you fill the time appropriately, how do you make sure you talk about the right things at the right time.

Daly will continue to get better with more reps, as it’s a job where, “You really learn as you do it.”

But despite success in the TV booth, Daly is a racecar driver first and foremost. So while he’s calling the action, he’s deep-down wanting to race one of the SRX vehicles. But the series has let him turn laps in the car during the practice sessions for both races he’s been in the booth for so far.

Looks like @ConorDaly22 is about to climb in a turn some laps to get a better feel for the car and track before doing the @SRXracing broadcast tonight. pic.twitter.com/n7BZdkNJRs

“I would love to race with these guys. I would love to race in this series,” Daly said. “But you know what, I’ve probably got to win some IndyCar races first to qualify. … Hopefully, they’ll let us get in at some point for a race, but if not, I’m happy to just be here.”

IndyCar has races the next two weeks after Nashville SRX race, so this week will be Daly’s last in the booth for this SRX season. It has not yet been announced who will provide color commentary for the last two SRX events of 2022.

thank goodness. willie was horrible in the booth