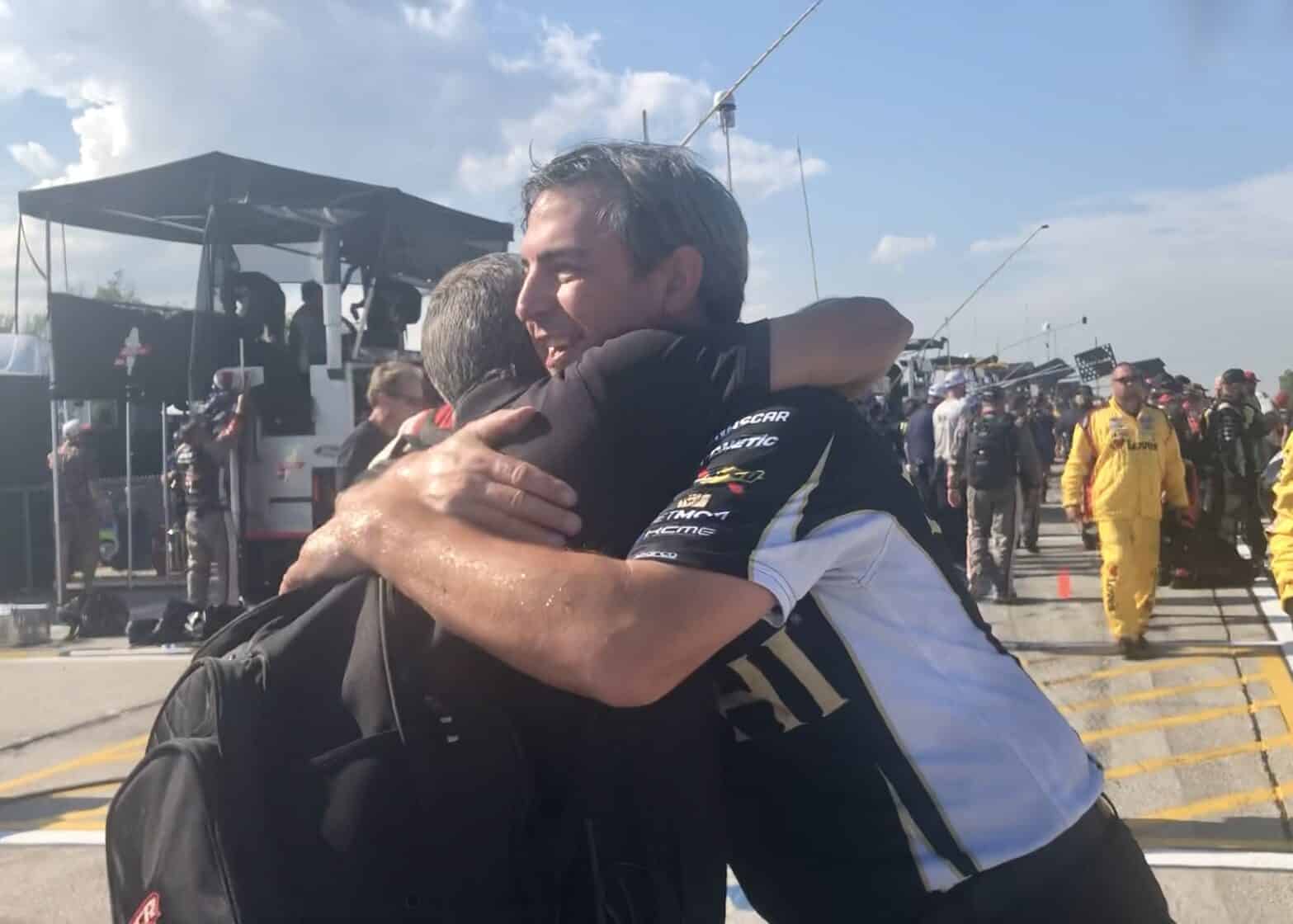 Nicknames have a way of taking on a life of their own, good or bad.

Not everyone can be called “The Intimidator,” “Smoke” or “The King.”

Plus, it doesn’t help that you typically don’t get to choose what your nickname is.

The crew chief for Richard Childress Racing’s Tyler Reddick stood in the No. 8 team’s hauler on May 15, hours before the NASCAR Cup Series race at Kansas Speedway.

The topic of discussion was the ongoing struggle for both Reddick and Burnett to earn their respective first Cup Series wins.

The week before, Reddick had finished second to Joey Logano at Darlington Raceway. It was Reddick’s fifth career runner-up finish and his third of the season.

For Burnett, it was the sixth time for him to finish P2 as a Cup Series crew chief, dating back to the 2016 spring race at Martinsville Speedway with AJ Allmendinger. The Darlington result had come in Burnett’s 124th Cup race as a crew chief.

But Burnett had been used to the term “P2” long before his NASCAR career.

“It’s funny, my brother, so I used to race my own late models, and they nicknamed me ‘P2’ because I finished second in the late model all the time,” Burnett told me. “So every time I finish second, I get a razz and the trouble from my brother and all the guys that used to work on my late model.”

At this point, Reddick made his way through the hauler, stepping between me and Burnett on his way out to the garage.

Asked about it, Reddick didn’t know about his crew chief’s unfortunate moniker.

Sitting on the No. 8 pit box, Burnett screamed into his headset as Reddick’s No. 8 Chevrolet screamed down the frontstretch at Road America to take the checkered flag.

With Chase Elliott, the Cup Series’ active leader in road course wins trailing behind him by seconds, Reddick finally claimed his first NASCAR Cup win in his 92nd attempt.

Reddick had passed Elliott for what would wind up being the lead with 17 laps to go around the 4-mile road course.

After a brief scare with two laps to go when teammate Austin Dillon cut his left-front tire, the final lap was uneventful. But what had it been like for Burnett?

“That last one wasn’t near as stressful as about the 18 before it,” Burnett told me.

After hopping down from the pit box and giving two radio interviews, Burnett started the long walk from pit box No. 11 to Road America’s victory lane.

“Thanks, I appreciate it,” Burnett replied, before pumping his left fist in the air.

Then came Phil Surgen, crew chief for Ross Chastain. They each won their first Cup races at Circuit of the Americas in April.

“Hell of a job, brother,” Surgen said as he slapped Burnett on the back. “That thing was fast!”

A couple pit boxes further, Burnett let out a “wooo!” when he saw Matt Phillpott, a mechanic on the No. 11 car who gave him a hug.

A few feet away, a crew member for Ty Dillon‘s No. 42 team told Burnett, “You finally didn’t f–k it up.”

“I finally didn’t f–k it up!” Burnett responded, giving him a high five.

Further down, someone named Joey called out, “It’s about time.”

Just before pit road ended, I caught up to Burnett.

Why did he call Reddick his “hero”?

“Got us our first Cup win, man,” Burnett said. “Kid’s awesome. He’s unbelievable. Long time coming for him. He deserves this. He’s worked really hard for this. So just super proud of all the effort he’s put into getting here.”

What did it mean to get his first Cup win after 130 tries?

Later, after the victory lane celebration, the hat dance and popping of champagne bottles, I asked Reddick in the media center what it meant for both him and Burnett to finally get their first Cup wins together.

“It means a lot because I know we both really wanted it,” Reddick said. “There’s a lot of people on our team that really wanted that win. There’s a number of people on our team that haven’t won in a long time or haven’t won ever. They’ve decided to stick it out with me because they believe in me and they know that we can get it done, and it means a lot to be able to give those their reward that they’ve been wanting, that they’ve been holding out for.”

As for Burnett, I reminded him about his unfortunate nickname.

How did it feel to finally be P1?

“I can finally go to my brother and tell him he can’t call me P2 any more,” Burnett said. “So, it’s finally really good to break that.”