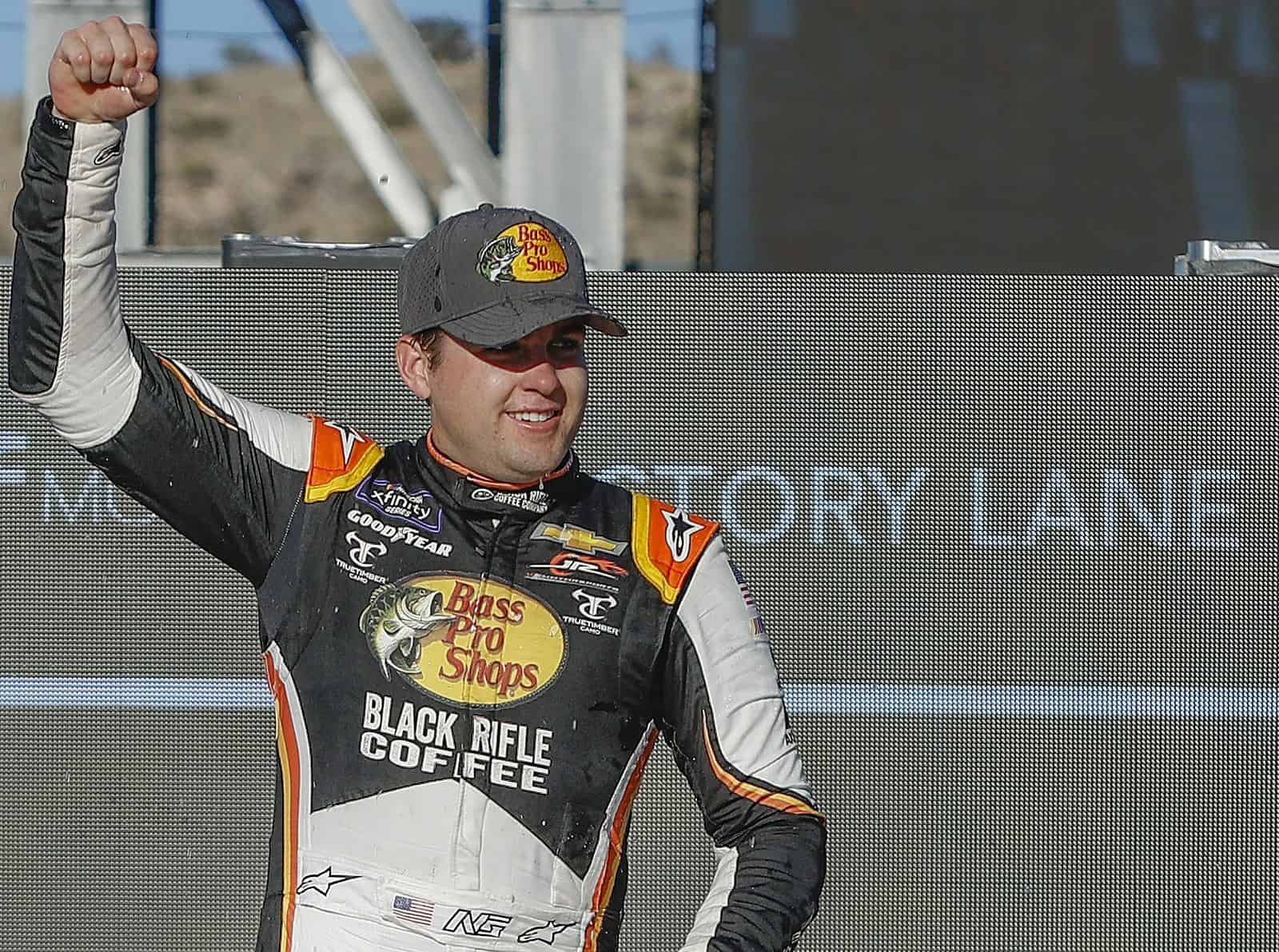 Noah Gragson is going to be fine.

In the short term, that’s the problem.

All those Dash 4 Cash winnings can finally be put to use.

Does Gragson now have 30 fewer driver points to his name?

But Gragson will enter Saturday’s (July 9) NASCAR Xfinity Series race at Atlanta Motor Speedway in the same exact spot in the standings — fourth — as he was when the checkered flag waved last weekend at Road America.

Also, Gragson will still compete in Sunday’s Cup race at Atlanta, driving for Kaulig Racing in his seventh start in the sport’s top series.

That’s despite Gragson intentionally wrecking Sage Karam on Lap 25 of the Xfinity race at Road America and 11 other cars being collected as collateral damage, while the actual damage for the teams involved totals well beyond $35,000.

NASCAR’s penalty is nothing but window dressing meant to makeup for it not taking in-race action against Gragson, followed by five days of heat. Even NASCAR’s reasoning for why it didn’t punish Gragson during the race is hollow.

Did NASCAR wait for more info after Kyle Busch wrecked Ron Hornaday under caution in 2011? Did it do the same for Matt Kenseth in 2015 before suspending hims two races for wrecking Joey Logano at Martinsville? Or when Johnny Sauter weaponized his truck against Austin Hill in 2019?

No. They knew what happened.

Even now, Gragson still feels he was in the right because of the “multiple times (Karam) doored us.”

Getting “doored” is part of racing. Sometimes that involves getting briefly off-track at a road course.

Gragson’s team owner, Dale Earnhardt Jr., said Wednesday morning on SiriusXM NASCAR Radio that he told his driver “I could stand behind him through just about anything, but I could not defend that.”

These are words spoken by the son of Dale Earnhardt Sr. You might have heard of him, went by “The Intimidator.”

Though what Earnhardt Sr. was famous for is more in line with what Bubba Wallace did to Logano on Sunday (July 3), when he sent the Team Penske driver sliding off course after an earlier incident in Turn 5.

When the green flag waves Saturday at Atlanta, Gragson will still be playoff eligible. He’ll have the 16 playoff points he’s earned so far this season. He will still get the chance to race with NASCAR’s best on Sunday.

If NASCAR can bring itself to suspend champion drivers like Busch and Kenseth, the least it can do is sit Gragson, an inconsistent hot head in the Xfinity Series, for one weekend.

Then maybe something will change.

2022 is Daniel McFadin’s ninth year covering NASCAR, with six years spent at NBC Sports. This is his second year writing columns for Frontstretch. His columns won third place in the National Motorsports Press Association awards for 2021. His work can also be found at SpeedSport.com. And you can hear more from him on his podcast. You can email him at danielmcfadin@gmail.com

noah just comes off as arrogant, entitled and..
mmm…
well…
not exactly the brightest bulb on the tree.

It will be alright – after all, Nuke LaLoosh went on to do great things. I’m just not sure a mentor by the name of “Crash” will be appropriate here.

Simple solution for Noah and some of the other overgrown underachievers: Blanket party. That would modify behavior. You may have to organize a second, but i bet no third!!!!!!!!

Lighten up. Spoiled brat acts like a spoiled brat. End of story.

Too little, too late.