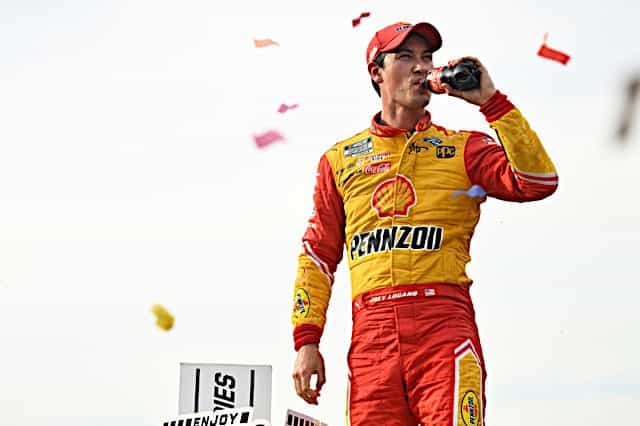 Logano will join Allen Bestwick, who has served as the lead anchor for SRX both seasons.

NTT IndyCar Series driver Conor Daly has served as color commentator for the first two races of the season and will do so one more time for the upcoming race at Nashville Fairgrounds Speedway on July 9, while Willy T. Ribbs filled in for Daly as color commentator for the July 2 race at Stafford Motor Speedway, as Daly competed in the IndyCar race at the Mid-Ohio Sports Car Course the following day.

The color commentator for the penultimate race at I-55 Speedway has not been announced.

The SRX championship race at Sharon Speedway will take place on CBS on July 23 at 7 p.m. ET.