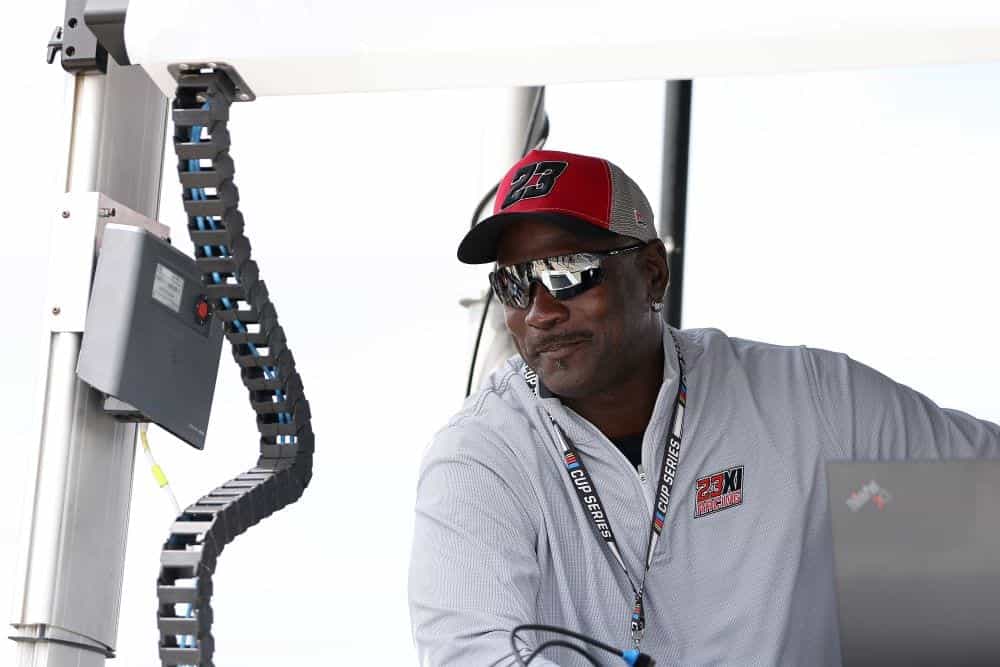 The NASCAR world was shaken up a bit this week with the announcement that Tyler Reddick will be taking his talents to 23XI racing in 2024.

While many fans felt like this was an unprecedented event, it has happened several times in the not-too-distant past of NASCAR. The challenges that it creates for the teams can be a bit awkward with drivers from a different manufacturer the subsequent year participating in competition meetings, but the current car might minimize that impact.

Shortly after the announcement hit the airwaves, the Twitterverse erupted with discussions, postulations and overall rampant speculation about ramifications, prior occurrences and general gobbledygook. It brought back many memories of driver movement in the past and thoughts of just how truly awkward it is for a driver to be a lame duck for more than 12 months.

In 2005, Mark Martin decided he was going to quit driving for Roush Fenway Racing after 2006. Jamie McMurray was driving for Chip Ganassi Racing at the time.

McMurray agreed to drive for Roush, replacing Martin in 2006 when his contract with Ganassi expired.

As the season progressed, Kurt Busch had some difficulties off of the track that resulted in some hostilities between himself and the Roush organization. In an unprecedented move, the reigning NASCAR Cup Series champion announced he would be leaving his team at the end of the season.

As that news trickled out, Roush was looking for a driver to jump into Busch’s seat in 2006. McMurray decided to leave Ganassi early to take that opportunity. Initially, Ganassi was not going to allow him to get out of the final year of his contract, but eventually acquiesced and let him move on. Busch actually was out of his ride at Roush for the last two races of the 2005 season before moving on to the Team Penske organization.

2010 saw another high-profile driver make a decision during the year to move to another team the season after the next racing season.

Kasey Kahne drove for Ray Evernham when he started in the Cup Series in 2004. Kahne won nine races during the years that Evernham was his car owner.

After the 2008 season, Richard Petty Motorsports bought out Gillette Evernham Motorsports and Kahne drove for the King.

While 2009 was a successful season for Kahne, with two more wins, the 2010 season was more of a disaster. During that season there were numerous parts failures and frustration grew on Kahne’s part until it boiled over at Charlotte Motor Speedway late in the year. Following a brake failure, for the third time that season, Kahne refused to get back into the car following repairs from the wreck to finish the race.

Kahne claimed to be ill, but the team was of the opinion that he quit on them. Kahne had signed a contract to move to Hendrick Motorsports for the 2012 season, and the friction between the team and him was eventually too much. There were rumors of financial difficulties at RPM, so for the final five races of the season, starting after that Charlotte race, Kahne moved over to the Red Bull Racing team. The Red Bull team paid the remainder of Kahne’s salary for 2010 and he drove for them in the 2011 season, scoring another victory, before moving onto Hendrick. It was another example of a lame duck driver ultimately causing friction on the team and both sides deciding it was best to move on.

In 2015, Clint Bowyer announced he was going to drive for Stewart-Haas Racing in 2017.

That left him a year to find a job driving racecars. He ended up in the No. 15 for HScott Motorsports.

To say the season was less than memorable would be an understatement.

Bowyer went to a team that was full of racers who were thrilled to have a driver with legitimate ability to win races in their race cars. Bowyer simply couldn’t wait for the year to end. He managed three top-10 finishes the entire season. His average finish was 23.6, by far the worst of his career. A moment that sticks out in embodying how bad the situation was when Bowyer finished 25th at Martinsville Speedway in the spring. Kyle Busch was just beginning his donuts on the front straight and Bowyer was already walking across the track to get to his motorhome and head home. It was a terrible way to treat his crew but as a short-timer, it is what it is.

Will this type of thing happen with Reddick and his RCR team? It is hard to say.

He won a NASCAR Xfinity Series title driving for JR Motorsports weeks after announcing he was leaving for RCR. The No. 8 team has helped rejuvenate the RCR organization and there are many people who feel that he could garner a championship for them. With the current car being more of a kit car, and so little customization taking place in race shops this year, the ostracizing of the lame duck driver might not be as vehement. It is going to be interesting to watch in 2023, and even over the final 17 races of the 2022 year.

It is definitely a change from just two weeks ago when the No. 8 squad was relishing in its first victory with Reddick behind the wheel. It is certainly a start to Silly Season and, in reality, a Silly Year.