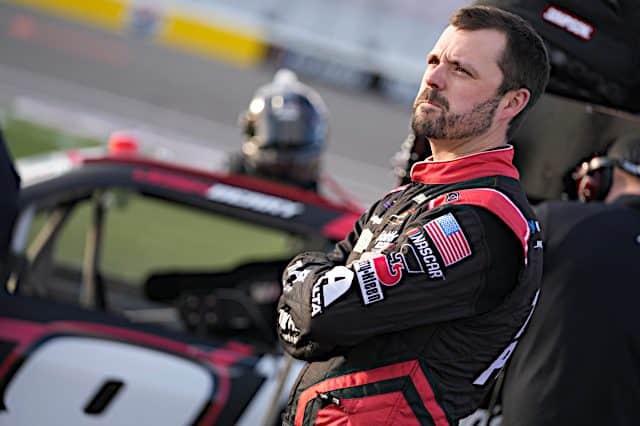 Josh Berry was the last driver to turn a lap in NASCAR Xfinity Series qualifying at New Hampshire Motor Speedway, but he was far from the least.

With a speed of 127.163 mph, Berry pushed the limits of his car and cruised to the top of the charts for his first career pole in the Xfinity Series. He was the only driver to break the 30-second barrier in qualifying, all while hitting the wall off of turn 2 during his lap.

A little bit of damage to the pole-winning car of Josh Berry. Doesn’t look like enough to have to fix and give up the track position. pic.twitter.com/KWqD6IaLkm

Berry has scored two wins in the Xfinity Series this season at Dover Motor Speedway and Charlotte Motor Speedway. He will go for No. 3 this Saturday (July 16).

Daniel Hemric was poised to take the pole in the closing stages of qualifying, but he had to settle for second after Berry beat his time by a little more than five hundredths of a second.

Trevor Bayne clocked in sixth, while AJ Allmendinger rounded out the Kaulig trio in seventh. Brandon Jones qualified eighth for a Joe Gibbs Racing sandwich around Allmendinger. Noah Gragson ended up ninth and William Byron rounded the top 10 for his second Xfinity start of the season.

With 39 entries and 38 starting spots, one driver (Bobby McCarty) failed to qualify for the race.