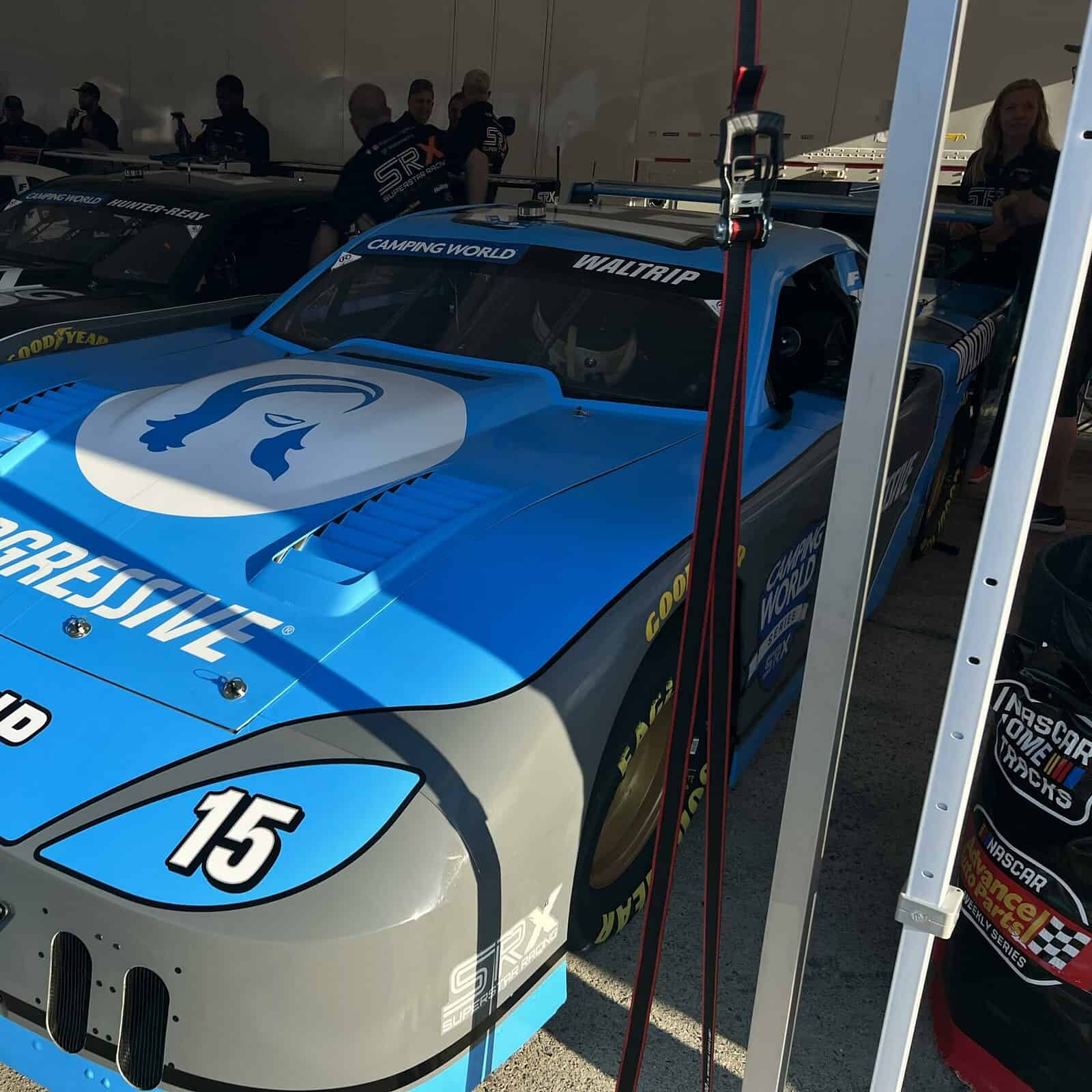 Michael Waltrip won the random draw, and he will start first for Heat Race No. 1 in the Camping World SRX Series season finale at Sharon Speedway.

Waltrip has a best finish of seventh in five races this season, but he will have one more chance to better that result under the lights tomorrow night.

Starting on the outside front row is Ryan Newman, this year’s winner at Stafford Motor Speedway. Newman is currently second in points, just eight behind leader Marco Andretti. The front row spot will aid Newman in collecting as many points as possible throughout the night.

Row two will consist of a duo of former open-wheel racers, as Ryan Hunter-Reay will start third and Paul Tracy will start fourth; Matt Kenseth rounds out the top five in his third start of the season.

See also
SRX Review: A Bit of a Dirty Mess In Missouri

Bobby Labonte rolls off sixth. He is the last of four drivers in championship contention, as he is 15 points behind Andretti for the lead. Starting seventh is Ryan Blaney, and he will make his SRX debut tomorrow night alongside his father Dave Blaney. Greg Biffle will start eighth, Tony Kanaan ninth and Andretti will round out the top 10.

Although Andretti hasn’t won a race this season, he is currently on a streak of three straight runner-up finishes. The consistent showings have vaulted him into the points lead with one race remaining, but it will be a tall order to hold off the three hungry drivers behind him.

Starting 11th is Chase Elliott, the second full-time Cup driver in the field. Elliott returns to the series after winning his lone start in 2021 at Nashville Fairgrounds Speedway. Ryan’s father Dave Blaney will start alongside Elliott in 12th. Dave Blaney, who owns Sharon Speedway, will also make his SRX debut.

Reigning SRX champion Tony Stewart will anchor the field in 13th place. Stewart is just 13 points behind Andretti for the lead and enters tomorrow as one of the heavy favorites to win; he has a perfect 3-for-3 record in SRX main events on dirt. However, he will have ground to make up from the drop of the green flag tomorrow night in Heat No. 1.

The SRX event at Sharon Speedway will take place on Saturday, July 23rd at 8 p.m. ET, with TV coverage provided by CBS.