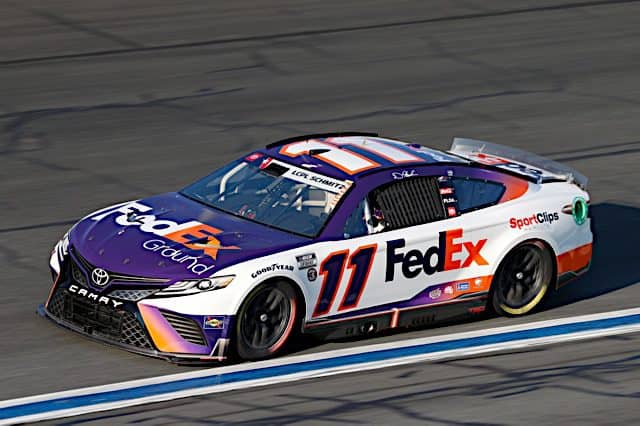 Denny Hamlin claimed the pole for the NASCAR Cup Series’ M&M’s Fan Appreciation 400 at Pocono Raceway on Saturday (July 23), going 169.991 mph in the second round of qualifying.

Hamlin earned his third pole of the season and 36th of his career after edging out his Joe Gibbs Racing teammate Kyle Busch by about a tenth of a second.

Kurt Busch qualified 10th but will likely go to a backup car after he rear-ended the outside wall hard. He got out of the car under his own power.

The @23XIRacing driver made it into the final round, but this crash likely puts them in a backup and at the rear of the field. #NASCAR

A couple of cars had issues in practice; William Byron spun in group A while Ross Chastain (who was fastest in his group) skidded near the end of group B. Chastain’s team worked on the front splitter before qualifying started.

The race will get underway on July 24 at 3 p.m. ET and will air on USA Network.