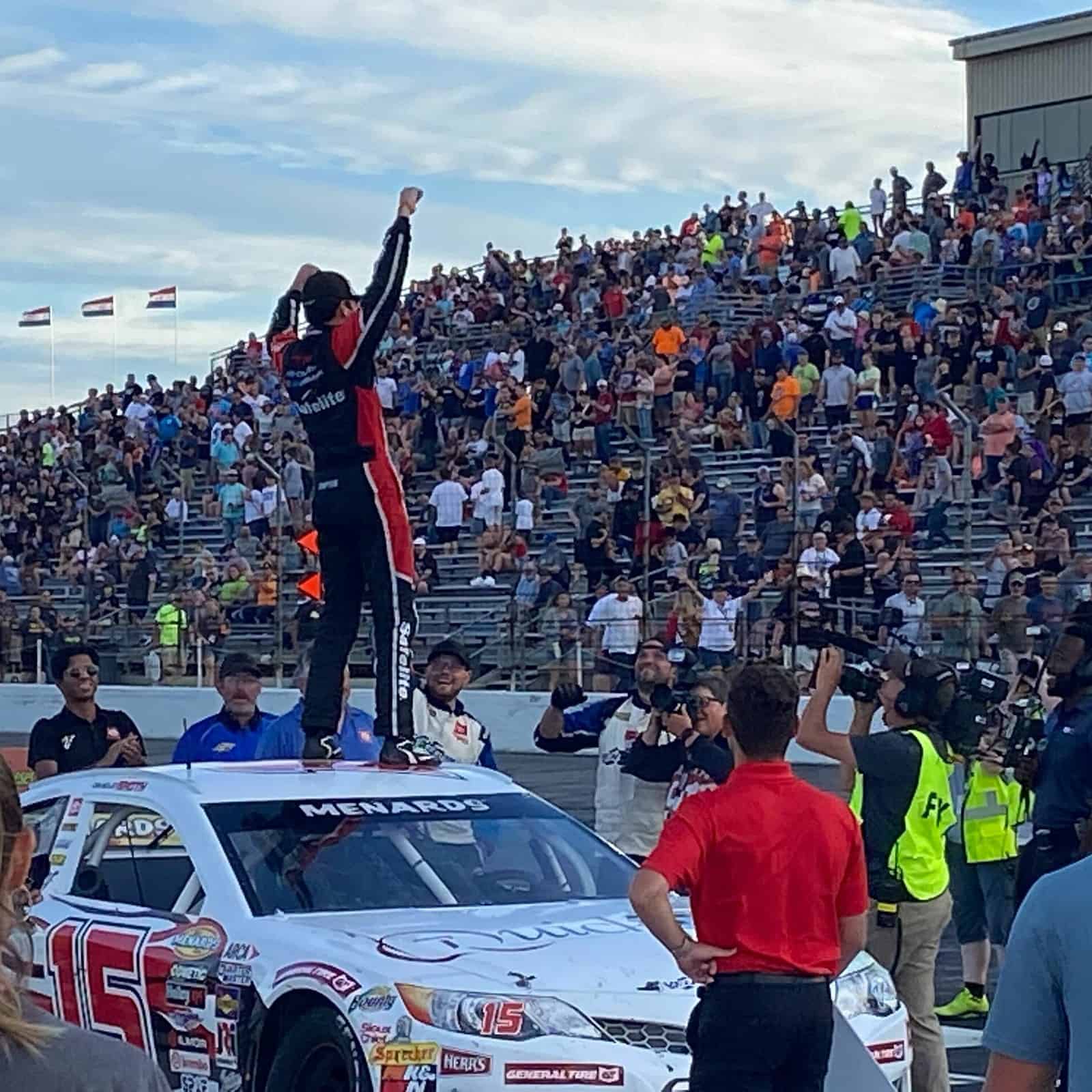 NASCAR Camping World Truck Series driver and playoff contender Chandler Smith cruised in the latter half of the Reese’s 200 to win his 10th ARCA Menards Series race in 30 starts.

This was Chandler Smith’s third win at the Indiana track.

“This win goes out to my wife, she’s getting induced Sunday so I’ll be home tonight,” Chandler Smith told FS1 before climbing out of his No 15 Venturini Motorsports Camry. “Track position was pretty big, you wouldn’t think with short track racing aero doesn’t matter but it does; it’s time to run this truck race and get home to momma.”

He’ll compete later in the first race of the 2022 Truck Series playoffs.

The points race between the top three of Caruth, Sanchez and Dye got tighter, with Caruth coming out with the points lead still despite finishing behind the other two drivers. A total of seven points separate the three drivers; Toni Breidinger in fourth is 73 points behind Caruth.

The Reese’s 200 saw some action, namely a fiery crash that eventually brought out a red flag condition with around 98 laps remaining.

A unique trend will potentially continue after this week’s race that has stood since Talladega Superspeedway. Each new winner went on to win back-to-back races thus far in 2022. Chandler Smith is on the entry list for Michigan International Speedway on Aug. 6.

The next race is Aug. 6 at Michigan for the Henry Ford Health 200. The race begins at 6:30 p.m. ET and coverage via MAVTV and FloRacing.