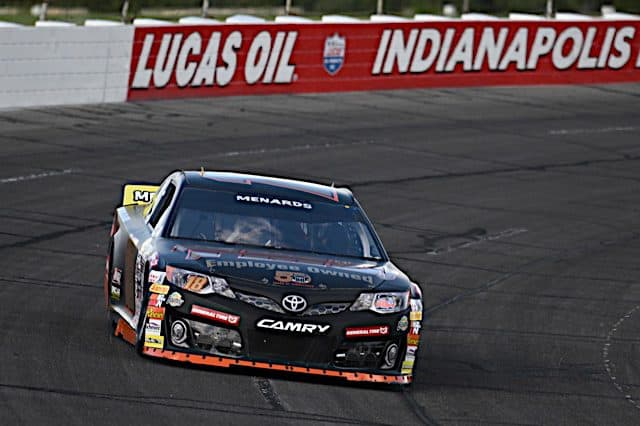 Smith was one of two leaders in the ARCA race at the 0.686-mile short track, the 11th race of this ARCA season. He led the second-most laps and was the highest-finishing ARCA series regular. The winning driver? Chandler Smith, who now has won three straight ARCA races at IRP. Chandler Smith also is a NASCAR Camping World Truck Series playoff driver.

“Yeah, just got too tight there in the end, I think,” Sammy Smith told Frontstretch post-race. “That restart was tough. I don’t know, I feel like a good job. He was able to get me, just couldn’t get back by him.”

Still, with a minuscule chance of winning the ARCA title, Smith didn’t take comfort in his eighth top-five finish in only 10 career ARCA races.

“It feels good, doesn’t really mean anything if you don’t win,” Smith said. “We’ll take a second and move on.”

ARCA next heads to 2-mile Michigan International Speedway. It’ll be Smith’s first time at that course.

“Yeah, I am excited,” he said. “It’ll be a good challenge and I’m looking forward to it.”