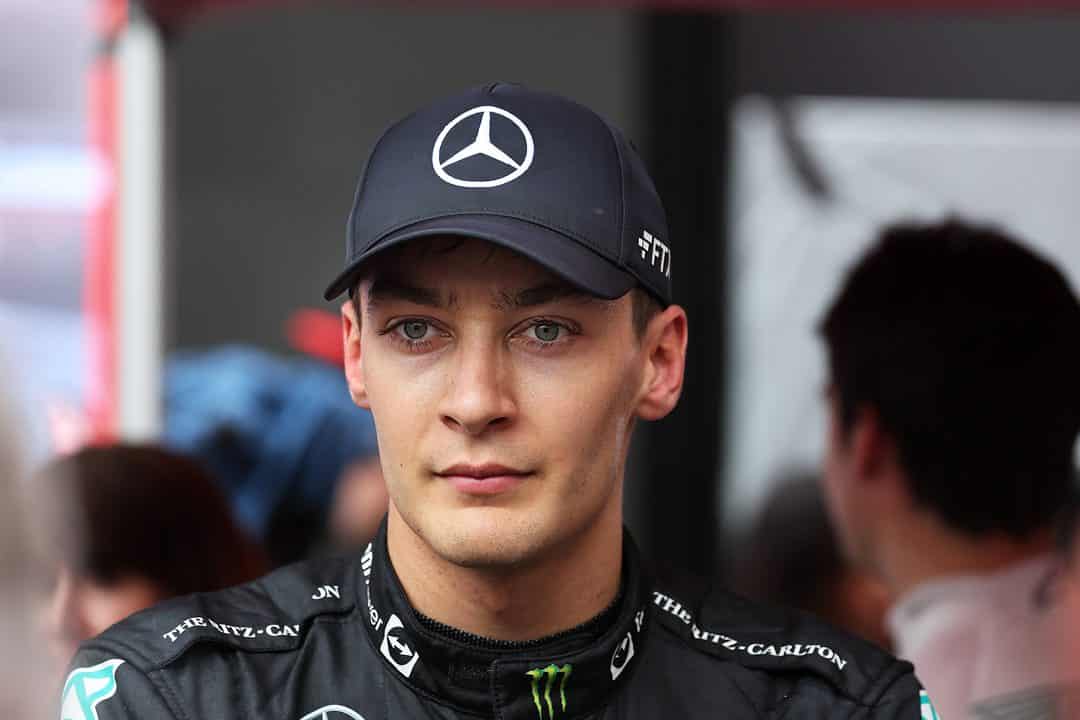 The 2022 Hungarian Grand Prix looked all but certain to become the first win of George Russell’s Formula 1 career. Until it didn’t.

Though the fifth podium finish of his freshman campaign with Mercedes is nothing to scoff at, Russell looked set for more glory than third place at the start of the day.

“It was challenging to manage the tires, obviously we pitted quite early on both stints,” Russell told David Coulthard. “So you’re trying to eek the tire out until the end, but trying to push as fast as possible at the same time. So, a bit of a challenging position to be in, but nevertheless, pleased to come away with a podium.”

Fresh off the first pole position of his F1 career, Russell made good use of his momentum and pulled off a controlling start as the lights went out, leading Carlos Sainz and Charles Leclerc through the first turn using the superior pace of his soft tires to gap the Ferrari duo by around three seconds.

The Briton pitted for mediums on lap 17, while Sainz and Leclerc came in on laps 18 and 22, respectively. Russell remained in control of the race until Leclerc came within DRS range of the Mercedes on lap 28.

Russell took on some shades of Fernando Alonso‘s 2021 Hungarian Grand Prix performance in his defense against Leclerc for the next three laps, making his Mercedes three lanes wide until Leclerc was able to get to his inside on the entrance to turn 1 at the start of lap 31.

A mere four laps later, Leclerc’s lead over Russell had stretched to 3.464 seconds with Sainz just over a second behind in third. Russell exacted some minor revenge on lap 54 by passing Leclerc, who had been struggling for pace after strapping on a set of hard tires 15 laps prior.

Leclerc eventually opted to swap his hards out for fresh softs on lap 55, moving Russell into second behind eventual winner Max Verstappen. In his final trial of the day, the 24-year old was passed by Lewis Hamilton on lap 65, as Hamilton made good use of the soft compound of tires on an increasingly slippery track.

On the day, Mercedes took home a 2-3 result while Verstappen collected his eighth win of the season.