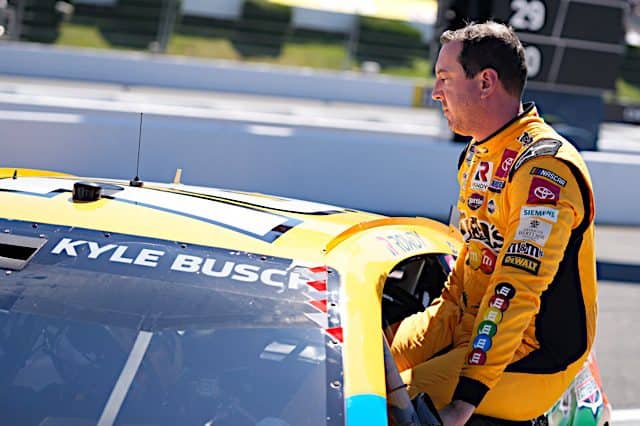 The month of July 2022 offered up five races for the NASCAR Cup Series. From Road America on Independence Day weekend to Sunday’s race at the Indianapolis Motor Speedway road course (July 31), fans were treated to five hard-fought events, several of which ended with surprising results. Additionally, the last few weeks offered up plenty of storylines that will have a significant impact on the futures of several drivers. The past month has felt like a major inflection point for not just 2022 in NASCAR, but 2023 and beyond.

The first story to explore is the continuing rise of Tyler Reddick. Reddick’s first two Cup Series victories bookended the past month, and both came on road courses. At Road America, he prevailed after a long, methodical battle with Chase Elliott. The victory was a major moment of triumph for both Reddick and Richard Childress Racing, who seemed to be laying the groundwork for a very bright future together.

Less than two weeks later came a bombshell announcement: Reddick had signed a contract to drive for 23XI Racing, starting in 2024. It’s a move that could pay big dividends for Reddick in the future, but leaves him in an awkward situation with RCR in the present. Still slated to drive the No. 8 for nearly a year and a half, it was fair to wonder if Reddick could still be competitive given his lame duck status.

Sunday’s race suggests Reddick and the No. 8 team are going to be just fine. The second Cup Series event at the IMS road course was a tough and often chaotic race. A hot and slick track proved to be a serious challenge for even some of the best road racers in the field, leading to spins and several mistakes you don’t often see from the sport’s best.

Yet Reddick had seemingly little trouble working his way through the pack, and he was able to gap the field almost every time he took the lead. Lame duck or not, it’s likely Reddick will continue to win races with RCR, maybe even several more this season.

As for where Reddick fits into 23XI’s plans, that remains to be seen. But the last few weeks have brought Kurt Busch’s future into serious question. After crashing during qualifying at Pocono Raceway, Busch was not medically cleared to race after experiencing concussion-like symptoms. Busch’s absence allowed Ty Gibbs to get his first taste of Cup Series racing, posting two top-20 finishes in Busch’s absence. With no definite date set for the 43-year-old’s return, Gibbs will likely continue to pilot the No. 45.

Could these injuries accelerate the end of Busch’s driving career? On one hand, Busch is still a competitive racer, having won at Kansas Speedway earlier this season. He has a loyal sponsor in Monster Energy and a competitive team that hired him in part to help build up their program. Most veteran drivers could only hope to be so lucky.

But are those reasons enough for Busch to keep driving if he is putting his health on the line? Once you experience a concussion, the symptoms tend to return more easily in the future, even with smaller impacts. Back in 2017, Dale Earnhardt Jr. decided his long-term health wasn’t worth the risk, announcing in April that he would retire from full-time driving at the end of the season. Earnhardt Jr.’s troubles started very similar to Busch’s where a seemingly typical crash sidelined the driver for several races about halfway through the season.

No one should think any less of Busch if he decides to retire after 2023, or even at the end of this season. Busch has spent the last 20 years consistently winning races and elevating every team he has raced for, overcoming some personal struggles along the way. He turns 44 this week and has nothing left to prove in this sport. If July 2022 does mark the beginning of the end to Busch’s career, he will go out as one of the finest drivers of his generation.

Incidentally, Kurt isn’t the only Busch brother who faces questions about next year. As the season rolls on, Kyle Busch still has not secured a new contract with Joe Gibbs Racing. The younger Busch’s contract situation has been a topic of discussion since April, but speculation has taken off in the last few weeks after David Wilson, the president of Toyota Racing Development, stated that JGR and TRD had some “heavy lifting” to do to get Busch re-signed. The big holdup appears to be the lack of a full-time sponsor for the No. 18, one that could help pay the salary Busch is seeking.

If Busch and JGR cannot come to an agreement, his departure would be the biggest story of the 2022-2023 NASCAR Silly Season. The most likely landing spot for Busch would be Stewart-Haas Racing, but even a move there would raise a lot of questions. Does Busch replace Aric Almirola, who announced 2022 would be his last full-time season in NASCAR? Or does Almirola, who has been having second thoughts about retirement, decide to stay?

Could Busch replace Cole Custer in the No. 41 car regardless of what Almirola does? Can Busch and Kevin Harvick, who have been fierce rivals at times, co-exist on the same team? Does Kyle Busch Motorsports become a Ford organization after years of support from Toyota? And, if Busch does leave, does Ty Gibbs’ fill-in role become an audition for the No. 18?

Even if Busch decides to stay, he and JGR haven’t exactly been at the top of their game lately. Busch entered the month of July fourth in overall points. He has since fallen all the way to eighth without a single top-10 finish in any of the five races.

Last week at Pocono Raceway appeared to bring some relief for Busch, who initially finished second to JGR teammate Denny Hamlin. But in yet another surprising twist from the last month, NASCAR disqualified both Hamlin and Busch for illegal modifications to the front fascia of both cars. It was the first time NASCAR had disqualified a Cup Series race winner since implementing new post-race inspection penalties in 2019.

The disqualifications came on the heels of JGR starting to build some momentum. Christopher Bell effectively clinched a playoff spot one week earlier with a victory at New Hampshire Motor Speedway, and the Pocono win would have been Hamlin’s third of the season if it had stood. Instead, the disqualification took away five playoff points from the No. 11 team, handing them to a championship rival instead. In a postseason clash that’s going to be tight, Hamlin could sorely miss those playoff points a few months down the road.

In fact, many of the top drivers in overall points had a rough time in July. Ross Chastain’s feud with Hamlin flared up again, first at Atlanta Motor Speedway when Chastain spun Hamlin in the closing laps of the race. Two weeks later at Pocono, Hamlin ran Chastain out of room while racing for the lead in apparent retaliation, causing the No. 1 to crash.

The Pocono incident, along with a controversial penalty at Indianapolis Motor Speedway on Sunday for cutting turn 1 with two laps to go, has cost Chastain nearly 100 points relative to the leader in the last month. Ryan Blaney, still without a points-paying win in 2022, is second in the standings but has gone from 31 behind the leader a month ago to 125 points behind now.

The losses of Chastain and Blaney have been Chase Elliott’s gain. Elliott’s 16th-place finish at Indianapolis ended a streak of four top-two results. His wins, one at Atlanta and the inherited win at Pocono, have increased his total playoff points to 25.

That doesn’t even include the additional 15 playoff points Elliott would pick up for winning the regular season championship, a title which seems all but secured now. While the first half of the season regularly featured new winners and a close race at the top of the point standings, Elliott has since pulled away and established himself as the title favorite. If the No. 9 team reaches the championship race on the strength of its playoff points, the month of July will be a major reason why.

The last four weeks in NASCAR have really offered up just about everything: a first-time winner, a new championship favorite, disqualifications, rivalries and revenge, new contracts, contract speculation, chaotic racing, hard-earned victories, and even the announcement of a street course race in Chicago next year. There is still much to be decided before the season concludes. But once the dust settles, we may look back on July as the biggest turning point of 2022.