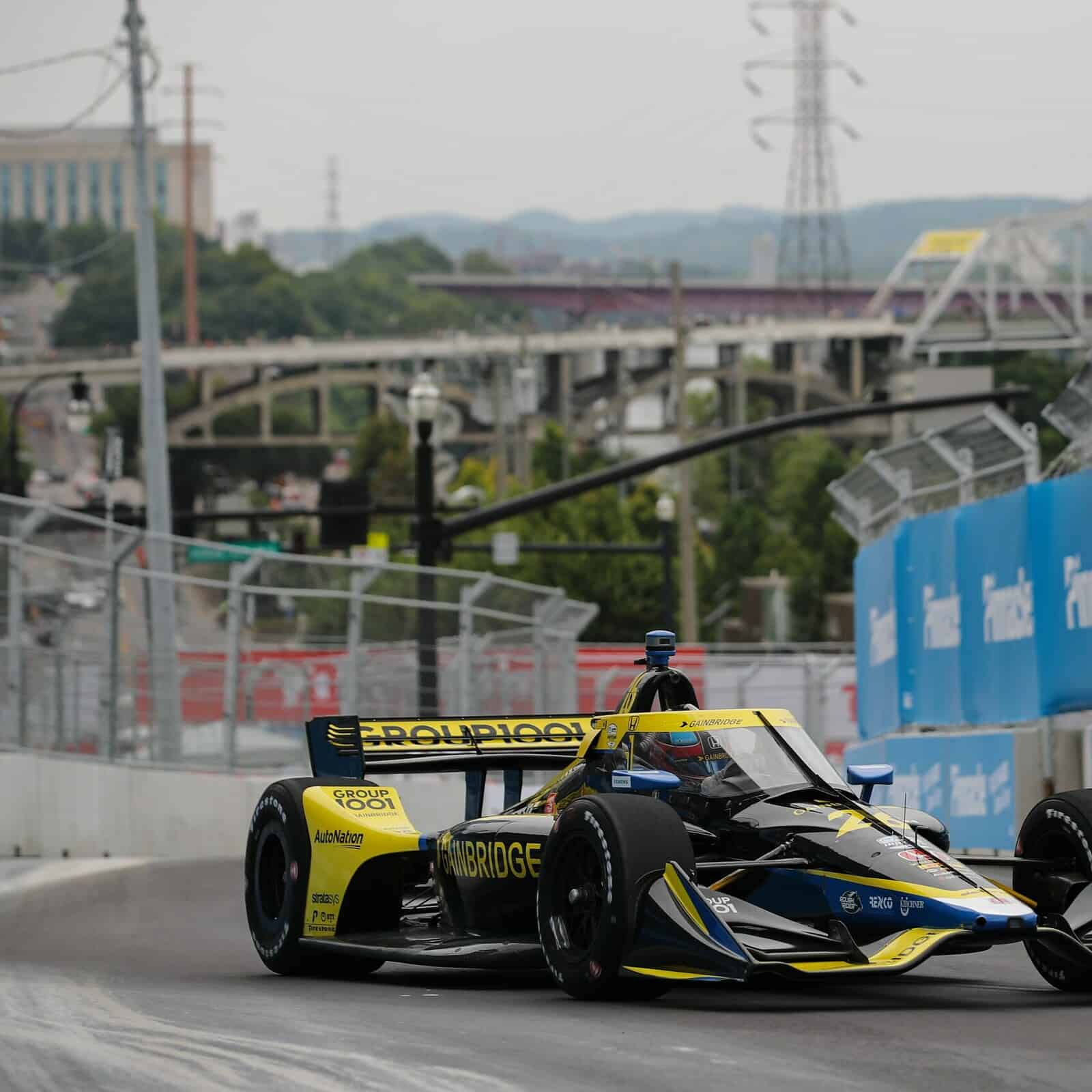 With only four races remaining in the battle for the Astor Cup, the NTT IndyCar series descends on the streets of Nashville for the second running of the Big Machine Music City Grand Prix.

Current points leader Will Power will hope to extend his nine-point advantage over defending Nashville winner Marcus Ericsson. With a maximum 54 points on offer each race weekend, the top six drivers in the standings as they sit could leave Tennessee with the championship lead.

The 11-turn, 2.17-mile street course returns with minor changes, the most significant being the relocation of the restart zone to the straight on the exit of the Korean War Veterans Memorial Bridge, which served as only the starting line in 2021. The finish line remains on the pit straight next to Nissan Stadium.

What do you see when you look at the track layout for the @MusicCityGP?

We think of soup. #INDYCAR pic.twitter.com/bzDUF8vV9g

Andretti Autosport’s 22-year-old wheelman Colton Herta comes down to Nashville in search of redemption. After taking pole position by nearly six tenths of a second, Herta led 37 laps before crashing out with five to go while in hot pursuit of Ericsson.

The Swede started the race with an airborne crash under caution, but his Chip Ganassi Racing team repaired the No. 8 Honda in the pits, and Ericsson took advantage of the staggering nine caution periods (including two red flags) to shuffle to the front on strategy and claim his second career IndyCar win.

Last year's @MusicCityGP will forever be dubbed "AIR-icsson."@Ericsson_Marcus not only continued the race after this wild crash… HE WON. #INDYCAR pic.twitter.com/9CbFDPR4c5

Nobody has been stronger on street courses in 2022 than the Team Penske trio of Power, Josef Newgarden and Scott McLaughlin, who total three wins from four street races this year.

Power, who took the points lead last time out in Indianapolis, is one pole position away from Mario Andretti’s all-time record, and seems to have resolved the qualifying issues that plagued his early season. The Detroit winner is on a hot streak, with four podiums in the last five races, and shows no signs of slowing down.

Newgarden owns a series-high four victories in 2022, and is a threat to win every time the engines fire. Just 32 points out of the lead, the Tennessee native should have a little extra motivation for a good run in front of his home crowd.

In just his second year of American open-wheel racing after a dominant career in Australia’s Repco Supercars Championship, McLaughlin has come into his own as an IndyCar driver, scoring two wins so far this year (including the season opener on the streets of St. Petersburg). The No. 3 team is an outside shot at the championship, ninth in the standings over 100 points behind Power, but a clutch win now could keep the Kiwi in the hunt.