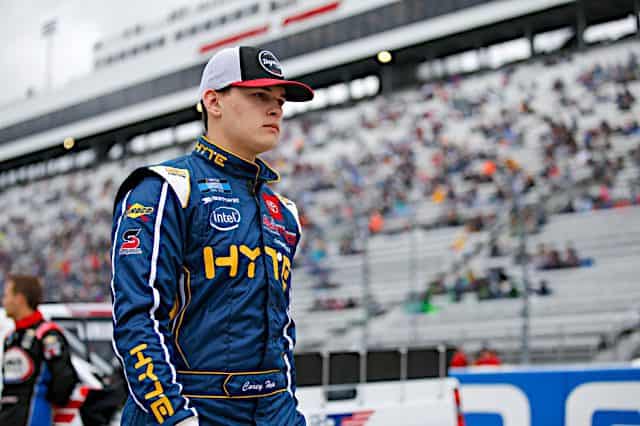 Heim and fellow Toyota ARCA driver Sammy Smith make up the front row. Both drivers have also won this season – Heim in the season opener at Daytona International Speedway and Smith at Berlin Raceway and Elko Speedway.

Three drivers failed to complete a lap in the group qualifying session – Daniel Dye, Zachary Tinkle and Jeffery MacZink. Because only 21 drivers are entered at MIS, all drivers will compete in the ARCA race later on Saturday.

The ARCA race will take place later on Saturday at 6:30 p.m. ET with TV coverage provided by MAVTV Motorsports Network and available on Flo Racing.