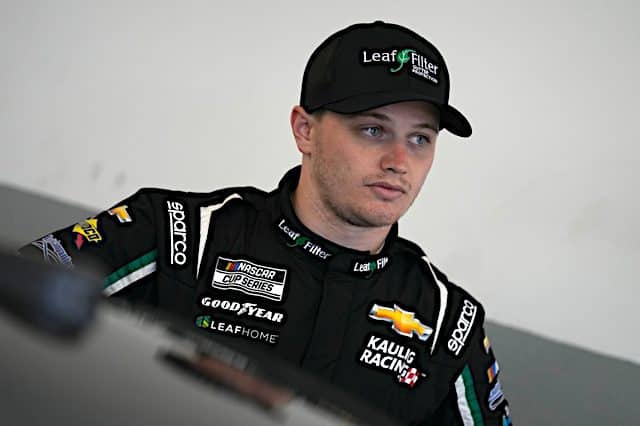 Justin Haley will jump back to the NASCAR Xfinity Series in a fourth entry for Kaulig Racing at Daytona International Speedway, Kaulig announced Aug. 7.

Haley will pilot the No. 14 Chevrolet in the event. It will be the first time that Kaulig has fielded four cars in a race, as Haley joins full-time NXS drivers AJ Allmendinger, Daniel Hemric and Landon Cassill on the team.

“I’m so excited to have the opportunity to come back to the Xfinity Series with Kaulig Racing,” Haley said in a team release. “In a way, it feels like this is my bread and butter, especially at Daytona, one of my favorite tracks. Together, we had three, successful Xfinity Series seasons at Kaulig Racing that transpired into a great first, full season so far in the Cup Series.”

HE'S BAAAAACK! 👀@Justin_Haley_ will jump in a FOURTH Kaulig Racing Chevy at @DAYTONA to try and defend his back-to-back #Wawa250 wins in the @NASCAR_Xfinity Series!#TrophyHunting | #XfinitySeries pic.twitter.com/nIE26k3NXa

The Winamac, Ind., native drove for Kaulig in the NXS for three full-time seasons, winning four races with the team. Haley has won the last two summer races in the NXS at Daytona.

The 23-year-old also earned his first career Cup win at Daytona after winning a rain-shortened race in the 2019 summer event.

Haley is currently in his first full-time season in the Cup Series in Kaulig’s No. 31 Chevrolet. He sits 23rd in points with one top five and two top 10s.