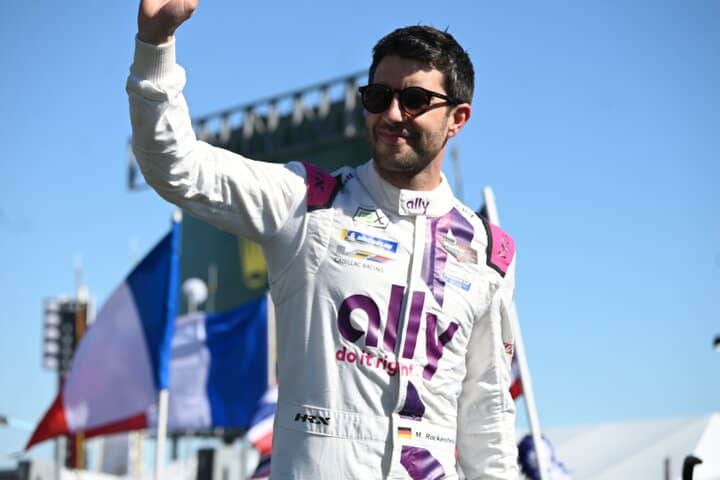 The 2010 24 Hours of Daytona and 24 Hours of Le Mans overall champion will pilot the No. 77 NationsGuard Chevrolet for his NASCAR debut at Watkins Glen International on Aug. 21 and at the Charlotte Motor Speedway ROVAL on Oct. 9.

“I’ve been fortunate to race LMP prototypes, DTM, and GTs, but now I’m ready to get my name out there in NASCAR,” Rockenfeller said in a team release. “This is a huge honor for me to be racing the No. 77 NationsGuard Chevrolet Camaro ZL1, and I want to say thank you to Spire Motorsports for giving me this opportunity to start a new chapter in my career.”

See also
5 Points to Ponder: How Much Emotion Is Too Much?

“Attracting world-class talent like Mike Rockenfeller is such an honor for Spire Motorsports,” Spire Motorsports President Bill Anthony said. “Mike is a talented, globally accomplished driver and we’re thrilled to introduce him to NASCAR.

“We’ve invested in getting Mike up to speed quickly through the Driver Familiarization Test and our partners at Chevrolet have generously offered simulation time for him. Everyone at Spire Motorsports is motivated and committed to providing Mike with a great effort for Watkins Glen and the Charlotte ROVAL.”

The No. 77 Spire entry currently sits 34th in owner points and has earned a best race finish of 15th in 2022 with Landon Cassill at Daytona International Speedway in February.