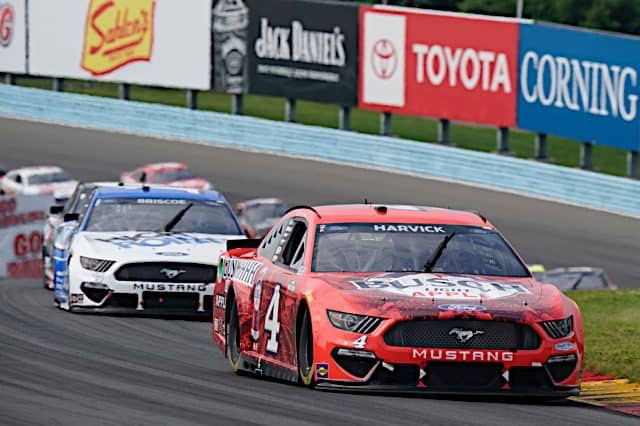 As the NASCAR Cup Series exits Richmond Raceway, two races remain in the regular season with one playoff spot up for grabs. The push continues at Watkins Glen International for the Go Bowling at the Glen.

Thirty-nine cars are entered for 40 spots, locking each driver in, barring any entry list changes.

Road course ace Joey Hand returns to Rick Ware Racing’s No. 15 FordPro.com Ford. Hand has competed in all four of the road course races that have taken place this season.

AJ Allmendinger is back in the No. 16 Action Industries Chevrolet for Kaulig Racing. Noah Gragson was in the car the last two races.

Former Formula 1 driver Daniil Kvyat will make his second career Cup start with Team Hezeburg in the No. 26 Toyota. Kvyat made his Cup debut at the Indianapolis Motor Speedway road course.

Joining Kyvat at Hezeburg is Loris Hezemans in the No. 27 Hezeburg Systems Ford. Hezemans also last competed at Indianapolis.

Live Fast Motorsports brings Kyle Tilley back for his second start of the season in the No. 78 Brush Creek Valley Farms Ford. Tilley made his lone appearance thus far at Road America in July.

Another former F1 driver is set to make his Cup debut in the form of Kimi Raikkonen. Trackhouse Racing Team’s Project 91 officially kicks off with Raikkonen behind the wheel of the No. 91 Recogni Chevrolet. The Finnish driver has made one start each in both the NASCAR Xfinity Series and NASCAR Camping World Truck series.