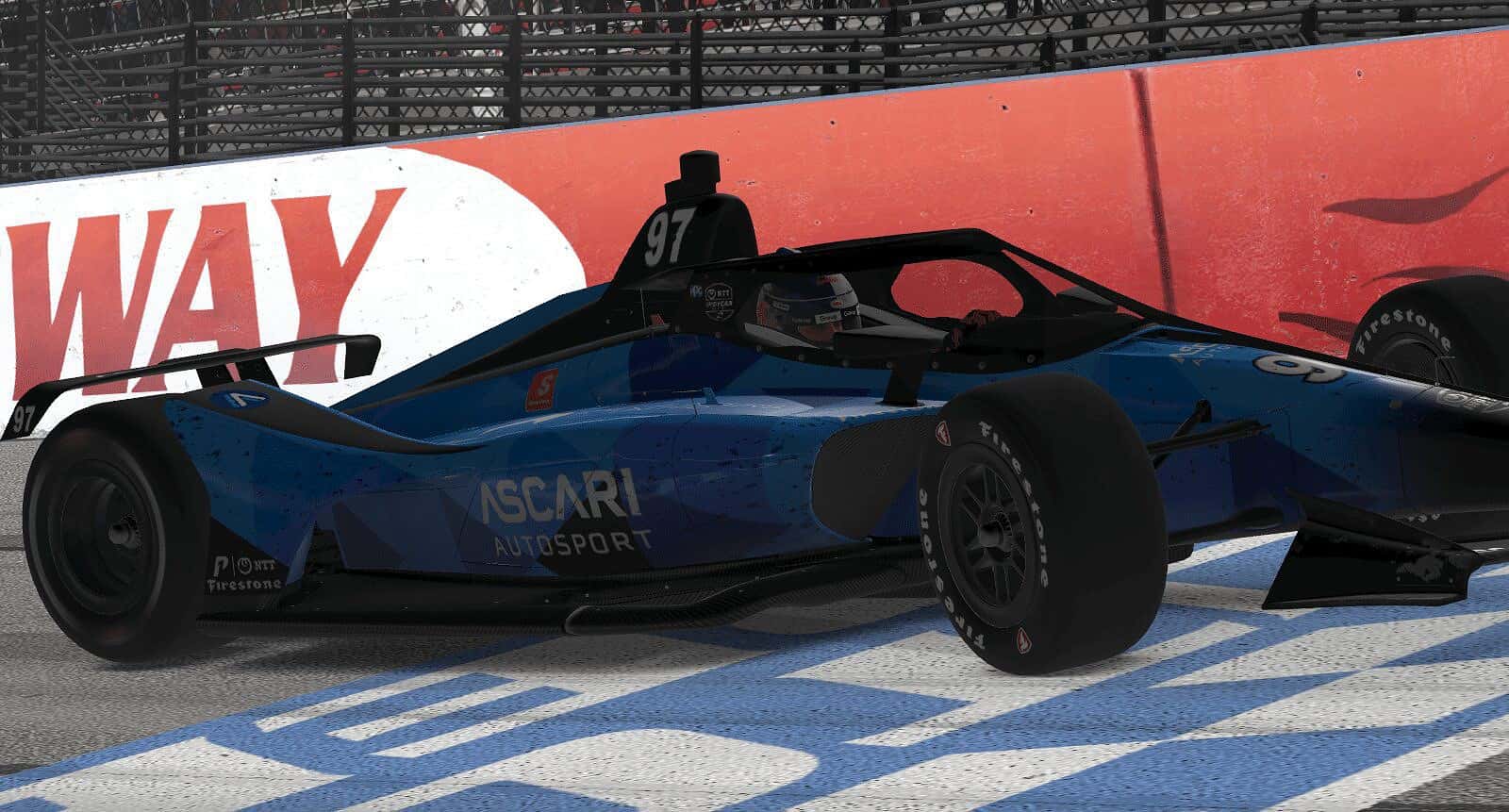 He has been very, very strong in all his MNR starts, and once again, he was there at the end, taking the lead on a last-lap pass.

If anyone remembers how the IndyCar race was at Auto Club in 2015, you probably remember it being the best motorsports race we have ever seen. But while iRacing does provide some awesome racing for the Indy, unfortunately, the race was not as good as that real-life event.

We did see our fair share of great racing tonight (Aug. 15), though, as the majority of the race was run side by side, three wide as well, up front. The playoff drivers remaining all ran well, and led laps all night. Collin Fern was the lone playoff driver to have misfortune and wreck out. He was relegated to a 32nd-place finish.

There were several different top runners all night, but in the end, Van Gisbergen turned out to be the best of them all and got the victory.

With the season winding down, next week’s event at Atlanta will decide who goes to the Championship Four. It should be fantastic racing, especially with the way Next Gen races have been this season.

The next race takes place next week, as stated previously, Aug. 22 with the Next Gen cars at Atlanta Motor Speedway. Coverage begins at 8 p.m. ET on Twitch.tv/podiumesports.