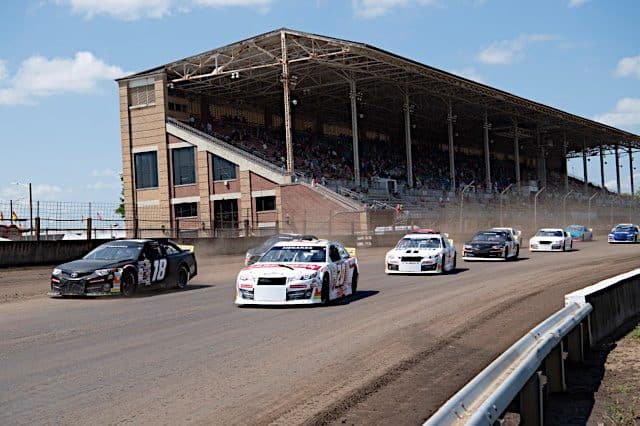 After racing at Watkins Glen International on Friday, Aug. 19, the ARCA Menards Series will take to the dirt at Illinois State Fairgrounds on Sunday, Aug. 21.

A total of 21 teams are featured on the entry list for the 100-lap feature, meaning all drivers entered will automatically make the main event.

Ken Schrader will make an appearance in the ARCA field on the clay in the No. 11 Ford.

Bryce Haugeberg returns in the No. 12 Chevrolet.

Kelly Kovski will make an appearance in the No. 16 Chevrolet.

Ryan Unzicker will return to the same place he received his only ARCA victory at in 2020 by driving the No. 24 Chevrolet.

Buck Stevens will make his second career ARCA start in the No. 44 Ford.

Will Kimmel makes an appearance as well in his familiar No. 69 Ford.

The series’ 14th race of the season on the 1-mile clay oval will be broadcasted live on MAVTV with coverage beginning at 2 p.m. ET.