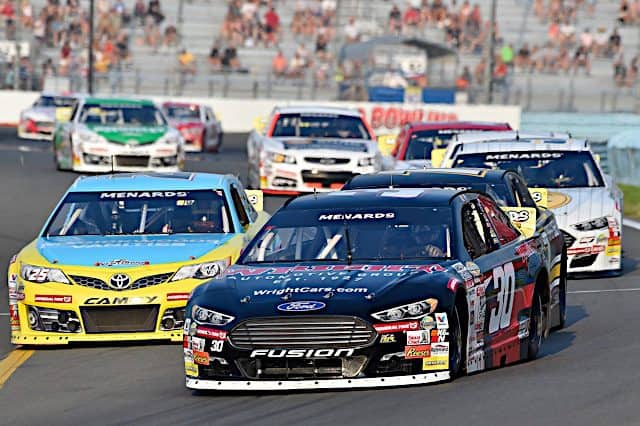 The ARCA Menards Series takes on its final road course race of 2022 as it heads to Watkins Glen International this weekend on Friday, Aug. 19.

The entry list for this weekend’s race in the Finger Lakes features 25 teams, which means all drivers will make the field.

Brandon Jones will join the ARCA field in the No. 81 in addition to his NASCAR Xfinity Series duties.

Austin Wayne Self also adds his name to the list of double-duty drivers this weekend, as he’ll pilot the No. 32 Chevrolet in the ARCA race on Friday before attempting his Xfinity debut for Jordan Anderson Racing.

Parker Chase returns with Venturini Motorsports again in the No. 15.

Stanton Barrett returns for his second race of the season and will be behind the wheel of the No. 11 Toyota.

Dale Quarterley will take the wheel of the No. 4 Chevrolet at the Glen.

Ed Bull will make an appearance piloting the No. 7 Chevrolet.

Ed Pompa will race in the No. 12 Toyota.

Taylor Gray returns to the national stage in the No. 17 DGR Ford.

Jesse Love will hop back into the Venturini Motorsports No. 20 for this weekend as well.

Connor Mosack will climb into the No. 23 Chevrolet at the road course.

Conner Jones will make his fourth series start on Friday by racing the No. 55 Venturini Motorsports Toyota.

Chris Werth returns to the Glen for only his second career ARCA start this weekend while driving the No. 71 Ford.

Andy Jankowiak makes another appearance this weekend while driving his usual No. 73 Chevrolet.

Casey Carden will also make his second career ARCA start this weekend in the No. 03 Ford.

Rita Thomason for the third time will be in the ARCA field in the No. 06 Ford. Her ride was initially announced as the No. 31.

The 41-lap feature on the 2.45-mile road course will be broadcasted live on FOX Sports 1 with coverage beginning at 6 p.m. ET.