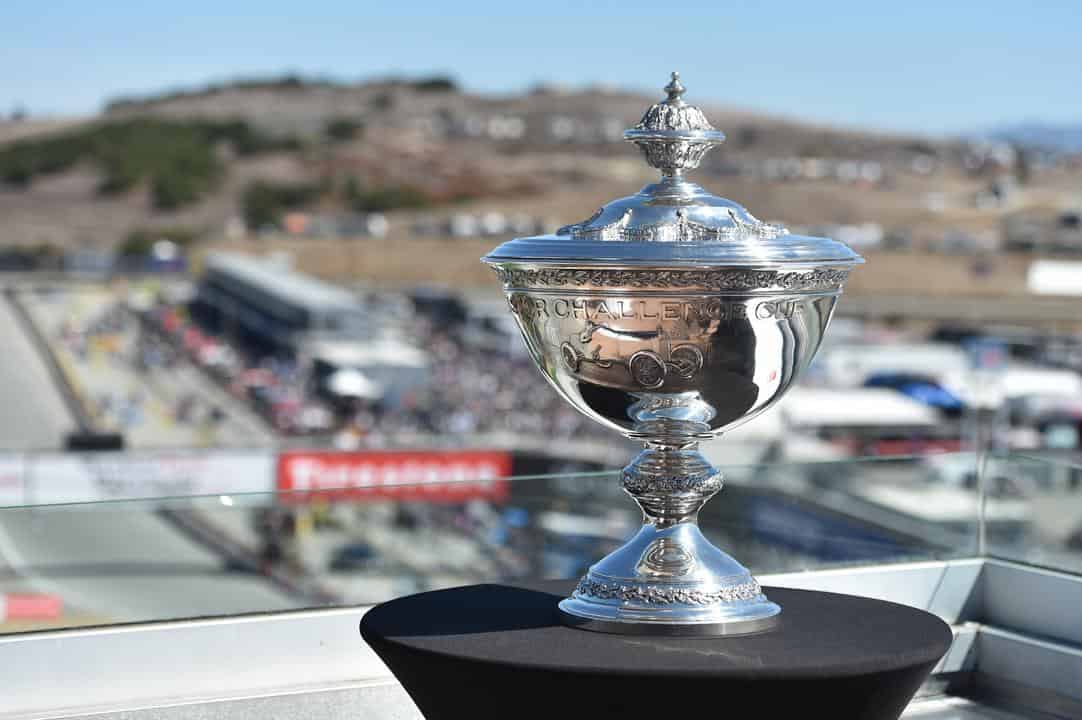 With just three races remaining until the Astor Cup is awarded in Monterey, a staggering 10 drivers are still mathematically in the hunt for the 2022 NTT IndyCar Series championship.

While consistent front-runners Will Power, Scott Dixon and Indianapolis 500 winner Marcus Ericsson are most likely to claim the championship, with a maximum of 54 points per race up for grabs (win, pole position, most laps led) and a minimum of five, (25th-place finish) everyone down to 10th-place Colton Herta could still technically still lift the trophy in Laguna Seca.

So let’s run down the championship contenders as they stand.

The 2014 series champion made headlines early in the season for a string of poor qualifying results, but turned it around with a NTT P1 Award sweep in the Iowa doubleheader to move within one pole of Mario Andretti’s all-time record.

No matter where he starts, the Aussie has been “Penske Perfect” on race days, winning Belle Isle’s final IndyCar race from 16th on the grid and only missing the top ten on four occasions. Consistent top-five finishes (and a 50 percent podium rate) leave the veteran driver with a narrow eight-point edge on Dixon.

Despite Power’s best effort, no IndyCar driver will ever be as consistent as Dixon. ‘The Iceman’ has only missed the top 10 once this season, after a pit road speeding penalty brought an unfortunate end to a dominant run in the Indy 500.

Ranked just sixth in the standings after round nine at Mid-Ohio, two street-course wins in the next five races have brought Dixon well and truly into the hunt to tie AJ Foyt’s record of seven IndyCar titles.

With just three races to go and a ten-point difference between first and second place alone, it’s anyone’s championship at the moment, and the Kiwi is no stranger to down-to-the-wire battles. His fourth title came via tiebreaker with Penske’s Juan Pablo Montoya in 2015.

The ‘sneaky Swede’ launched himself into the championship conversation with an emotional double-points win at the Brickyard, jumping from eighth to first in the title hunt. Since then, Ericsson has been no lower than third in the standings. The former Formula 1 pilot could well ride this career year all the way to the Astor Cup, but a rough couple of races at the IMS road course and streets of Nashville (failing to place top 10 for the first time since Barber in May) mean momentum is not on Ericsson’s side.

The first six races of the year were feast or famine for the Tennessee native, either winning or coming home outside the top 12, but Newgarden has brought the consistency ever since. With his victory at Road America, he won the PeopleReady Force for Good’s million-dollar prize. As the only driver to win on an oval, street circuit and road course in 2022, the No. 2 crew can be confident at all three remaining venues, particularly this weekend at Gateway given Newgarden’s 50 percent win rate on ovals in 2022.

Not even a driveline-failure-related crash while leading the second race in Iowa and a subsequent trip to the hospital could slow down Newgarden, and if he grabs another checkered flag or two, the title could easily be his.

The defending series champion has made a lot more headlines off the track than on it this season, as the young Spaniard is currently locked in dueling lawsuits with his own race team.

Animosity between driver and owner as well as a goose-egg in the wins column have led many to dismiss the third-year driver’s chances at holding on to the Astor Cup. Considering he won last year’s title on the strength of his final three races, and given that he’s just 33 points off the top, Palou could certainly silence the doubters with a few strong runs.

Team Penske’s winningest driver of all time, largely due to his dominance in Australian Supercars, McLaughlin has impressed in just his second year in the NTT IndyCar Series. He earned his first career win at the season opener in St. Pete and, by falling off his car in victory circle, earned himself a signature celebration for good measure, somersaulting on purpose after winning Mid-Ohio in July.

Last time out in Nashville, McLaughlin was part of a historic one-two finish of Kiwis named Scott, capping off a run of three straight top fives. However, given the consistency of Power, Dixon and Ericsson, making up more than a race’s worth of points on the leaders is a hard ask.

Oh, Pato. After a mechanical failure at Long Beach last year dropped him from the championship battle to third in the final tally, many expected McLaren’s young superstar to make another run at the Astor in 2022.

Turns out, he was in for even more heartbreaking mechanical trouble. Consecutive DNFs at Road America and Mid-Ohio (the latter while leading) looked like they’d knocked him out of the hunt, but an almost-perfect Iowa doubleheader brought his hopes back from the brink. Seventh in the standings and 59 points back, O’Ward will need to close out the season with three perfect races to avenge last year’s defeat.

Now we’re getting into the serious long shots. Rossi’s 2022 has been a tentative success, the driver able to break a three-year winless streak at the Brickyard last month (despite inspection revealing an illegal water bottle), but he has already announced he’ll be joining McLaren next season. At least we think he will. McLaren seems to have signed everyone.

To win his first title, the 2016 Indy 500 winner and fourth-place finisher in Amazing Race 30 will need those in front of him to experience some misfortune, and will likely have to click off multiple victories with a team that’s struggled with consistency for the better part of half a decade.

The other Swede in the IndyCar field, Rosenqvist hasn’t won a race since he drove for Chip Ganassi, but the second McLaren has shown pace in qualifying, scoring two poles. Unfortunately, Rosenqvist wasn’t able to convert either of those to a top-five finish, and has only one podium to his name in 2022.

With Alex Palou (maybe, kind of) signed to replace him, despite Rosenqvist (maybe, kind of) already having a contract with McLaren, the former Formula E winner is certainly under pressure to prove he belongs at the pointy end of the IndyCar grid. While I wouldn’t bet the farm on a Rosenqvist title, it will be interesting to see how he runs with his feet to the fire.

A whopping 135 points back from the leader, Colton Herta looks like the longest of long shots. Seven finishes outside the top 10 is disappointing for a driver who’s looked among the series’ fastest throughout the year. DNFs while fighting for wins at Long Beach and the IMS road course have only added insult to injury.

While Herta is very, very unlikely to win the championship, his dominant win last year at Laguna Seca and usual strength on purpose-built road courses make him a favorite to win at least one of the remaining races.

For Herta to win his first career IndyCar championship, he’ll have to win the pole and lead the most laps at Gateway, Portland and Laguna Seca, and likely needs to win all three. If Power finishes 25th or worse in each of them and the other challengers have similarly bad days, Herta could afford one runner-up finish, in which case he would win the title over Power by a single point.

It’s astronomically unlikely that Colton Herta will win the 2022 NTT IndyCar Series championship, but to paraphrase the great Jim Carrey: there’s a chance.

The final stretch of the 2022 NTT IndyCar Series season kicks off on Saturday, Aug. 20, with the Bommarito Automotive Group 500 from World Wide Technology Raceway. Coverage will begin at 6:00 p.m. ET on USA.

I think realistically Palou is a long shot. The top 5 in points have averaged a top 5 finish for the entire season. Any single one of the top 4 he could overtake in points assuming they have a couple of bad races and he podiums all 3. But to think all of the top 4 will have 2 bad races in 3 events is not likely. Possible, but not likely. It should be entertaining to see how it plays out!