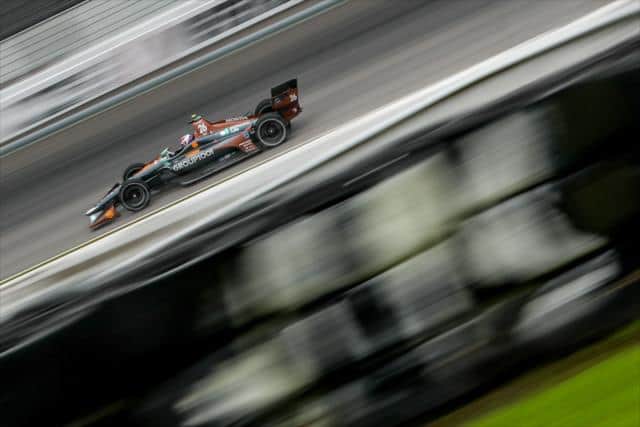 As the 2022 NTT IndyCar Series season enters its final stretch, World Wide Technology Raceway at Gateway will play host to the final oval race of the season, the Bommarito Automotive Group 500.

With 10 drivers mathematically eligible to take the title at Laguna Seca, five previous winners will feature in Saturday’s (Aug. 20) field.

Will Power took the 2018 event, while Takuma Sato battled Ed Carpenter to the line to win the 2019 race by half a car length.

Scott Dixon won the first round of a 2020 doubleheader, and Helio Castroneves won in 2003, the last race before the track dropped off the IndyCar calendar for 12 seasons.

The Penske squad’s performance this season, coupled with its history at Gateway, makes it nigh impossible to wisely pick out one or two drivers to watch.

Penske drivers Newgarden and Scott McLaughlin swept the top two finishing positions at Texas Motor Speedway to complete a sweep of the first three races of the year. Power has been deadly with consistency this season, allowing him to maintain control of the points standings despite only having one win to this point.

Newgarden needs no introduction in St. Louis, and further proved his oval dominance at Iowa Speedway, likely to have swept the doubleheader had it not been for a mechanical failure in the second race of the weekend.

Any driver who feels they have a shot to win on Saturday will have to go through Penske first.

Marcus Ericsson may have won this year’s Indianapolis 500, but don’t let that distract you from the fact that the Swede has taken a top-10 finish in every oval race this season. Not bad for a so-called Formula 1 journeyman.

Ericsson currently lies 12 points behind points leader Power, third overall in the standings. Coming to a race where Penske and Power can be expected to dominate, Saturday’s 500-mile race may prove among the most consequential of Ericsson’s young IndyCar career.

As announced on indycar.com Aug. 16, Friday evening (Aug. 19) will feature a special session in which nine drivers will run laps around the high line of Gateway in an attempt to preemptively lay down rubber and improve grip on the higher lanes of the track for Saturday’s race.

The session will last 30 minutes and will feature one driver from each team in the paddock. A similar session was conducted before the XPEL 375 at Texas, a race that produced 284 passes for position.