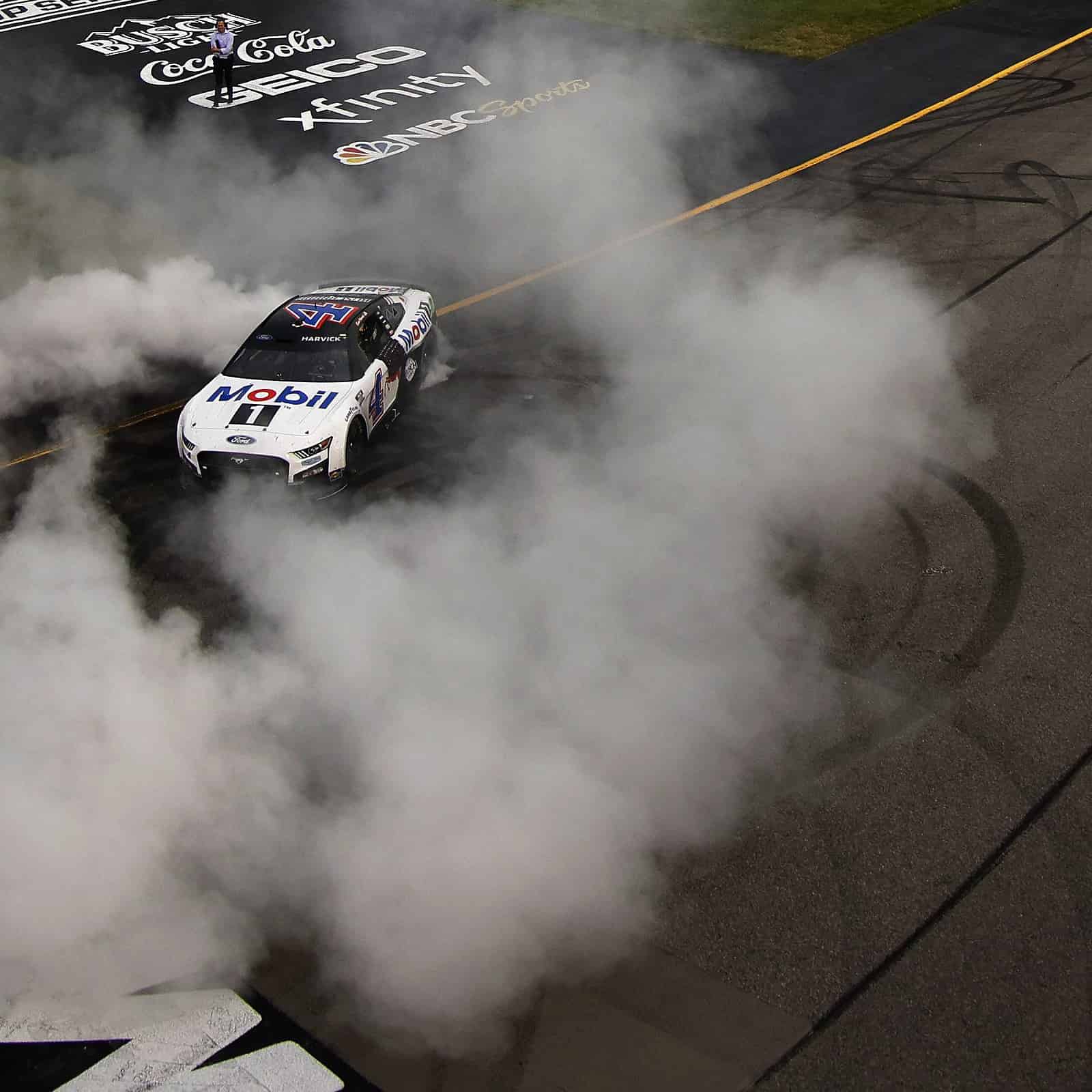 Sports are played by human beings.

One of the greatest quotes ever, about auto racing, was that it is common men doing uncommon things. Auto racing is also one of the most superstitious sports around. If you don’t believe it, try eating peanuts or bananas around a race team. Whether you believe in superstitions or not, one thing is certain, momentum exists and it is a very real thing. You need look no further than the last two weeks and the results posted by the No. 4 team.

Talk has been rampant for the last two years, during Kevin Harvick’s winless streak, that it was time for him to step out of the car and take over an analyst role on TV. Harvick has even fanned the flames himself from time-to-time, mentioning that he is indeed looking to do television when he does finally hang up the firesuit.

Unfortunately for the folks who were hoping that was going to be a sure thing after this season, you are probably premature in that hope.

The curious thing about momentum is that it can be positive and negative.

As we discuss the recent success of Harvick, all it takes is a look back to 2020 to realize how Uncle Mo can quickly turn his back on a team and send their season spiraling out of control. Harvick started the year with two top fives and four top 10s. Then our favorite virus hit and things were shut down for a bit. When NASCAR was the first to get back to any sort of competition, Harvick started right back where he left off. Three top fives in a row, two wins in the first six races back.

He had a minor blip after that with just one top 10 in three races, but that was followed by an absolute dominance streak. Nine straight top fives including four wins. Harvick added one more regular season win and took two of the first three races in the playoffs. Then the wheels fell off.

Second round of the playoffs saw him score a 10th, a 20th and an 11th. Thankfully, with his huge cache of playoff points that he earned throughout the season, he limped into the final round before the final race. Unfortunately for the No. 4 team, they couldn’t recapture the magic. He ran second at Kansas Speedway with a car that was the fastest on the track but could not pass Joey Logano for the lead over the final 45 laps of the race.

The next week saw a 16th-place finish, one lap down, after starting on the pole. It all came down to Martinsville Speedway and the day was simply bad. Harvick started sixth but didn’t score a single point in either of the stages and was unable to mount any kind of charge at the end of the race when he needed two positions to make the championship four.

The No. 4 team spend the whole season trying to shake off the collapse at the end of 2020, when one of the greatest years for a driver, that the sport had ever seen, resulted in a fifth-place finish in points. Ironically, the 2021 season wrapped up with Harvick fifth in points again with zero wins versus nine the previous year.

There have been numerous instances over the years of drivers grabbing momentum at the right time and riding it to a title. 2016 comes to mind, when Jimmie Johnson won his seventh, and final, championship. Johnson had two victories early in the year but was pedestrian for most of it. Coming into the playoffs he was ninth in the pure point standings, while tied for fourth with several drivers utilizing the playoff points.

Johnson survived the first round before grabbing the first win of the second round at Charlotte. He followed that up with the win at Martinsville in the first race of the third round, guaranteeing a spot in the finals. Johnson did what Johnson was known to do and won the last race at Homestead to seal his fate and history’s.

There is no telling what the next 12 weeks hold in store. Someone else may grab the momentum torch and run away with the title. Harvick may crush them all like grapes. It may even come down to a photo finish at the end like the Xfinity series last season. One thing is for sure, momentum will be involved and there is no denying, right now, that Harvick has him on his side.

I don’t believe as much in mo, as execution. It the shop, & pit crews, as well as the driver all execute well, mo will follow.