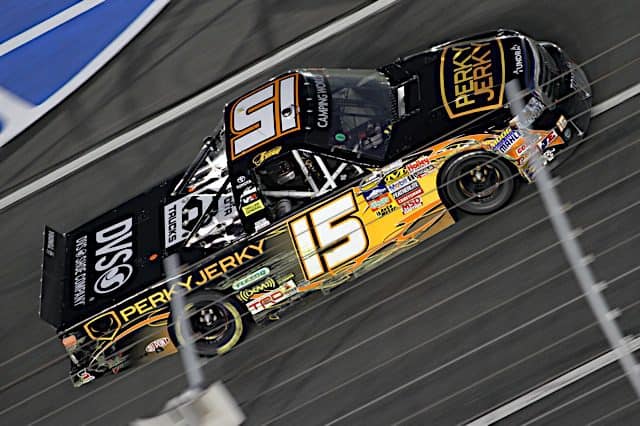 It’s the biggest story this week for the NASCAR Cup Series heading into Watkins Glen International and even extended to last weekend at Richmond Raceway, where I can attest that Kimi Raikkonen‘s name was already being thrown around quite a bit. It seemed like just about every driver in the media center bullpen was asked about racing against a Formula 1 great just one week from then.

This Sunday (Aug. 21), it’s a return to stock-car racing for the F1 veteran and suomalaiset, as the Finns call themselves. Raikkonen ranks among Finland’s greatest athletes, a class that includes other recent notables such as two-time F1 champion Mika Hakkinen; Teemu Selanne, a Stanley Cup champion and veteran of more than 20 NHL seasons; and longtime NHL goalie Kari Lehtonen, most famous for his long stint as netminder for the Dallas Stars.

Raikkonen has two NASCAR starts to his name and will drive the No. 91 Project91 Chevrolet for Trackhouse Racing Team,

Let’s hop in a time machine and take a quick trip back to 2011 at Charlotte Motor Speedway, where Raikkonen first appeared in NASCAR. He raced two events eight days apart, the first in the NASCAR Camping World Truck Series and the latter in the NASCAR Xfinity Series.

On Friday, May 20, he was interviewed before the Truck Series’ North Carolina Education Lottery 200, wearing a very of-its-time flat brim hat with a Red Bull logo askew from the center. Four years removed from his 2007 F1 championship, he rolled off 31st in a Kyle Busch Motorsports truck — sponsored by Perky Jerky and featuring M&M characters on the rear bumper, two things that really don’t seem very Kimi-esque.

Raikkonen got loose early and lost a few spots, but slowly and methodically worked his way up through the field and was sitting 15th at the halfway point. He ran as high as fifth and settled into the top 20, falling down to around 17th before finishing 15th. Coincidentally, his owner for this upcoming weekend, Justin Marks, finished ninth while driving for Stacy Compton in that same race.

Raikkonen started 22nd and was already up to 18th by lap 3, running in that spot for quite some time. He had issues that set him back from a possible second consecutive top-20 finish, though, when his No. 87 hit the splitter of Jeremy Clements‘ No. 51 machine.

The Finn settled for a 27th-place finish, four laps down.

Despite the slightly misleading, middling appearance of those results (an average start of 26.5 and finish of 21.0), Raikkonen has transcended eras between his initial NASCAR appearances and what’s to come on Sunday.

Drivers in that Truck race included winner (and Raikkonen’s then-owner) Kyle Busch, as well as runner-up Clint Bowyer. Regulars from that time included:

– Cole Whitt, in a Red Bull-backed Turn One Racing machine

– Ricky Carmichael, a few years into his post-motocross NASCAR adventure

– Busch, Crafton and Ryan Sieg remain some of the few drivers from that race still active in 2022. Parker Kligerman is as well, though Raikkonen’s initial appearance and return in ’22 has bridged Kligerman’s transition from racer to reporter-racer and work with NBC Sports.

As for Xfinity, here’s a few names bound to give you NASCAR whiplash:

– Steve Wallace and Michael Annett, both with Rusty Wallace Racing (plus both Kenny and Mike Wallace in the race, as well)

– Others include Kelly Bires, Tim Andrews and Robert Richardson Jr.

The only detriment to Raikkonen’s initial foray into NASCAR was that he didn’t attempt a race at a road course. Maybe that factored into his decision to return when the opportunity arose with trackhouse – he wanted that chance to drive on the type of layout he’s accustomed to.

Raikkonen is set to be teammates with 2022 road-course winners Ross Chastain and Daniel Suarez. It wouldn’t surprise me a single bit to see the No. 91 make it a three-for-three for Trackhouse this season at road courses.

Justin Marks deserves high marks, for his team 91 effort.
It would be nice to see a driver with world class credentials in it full time.