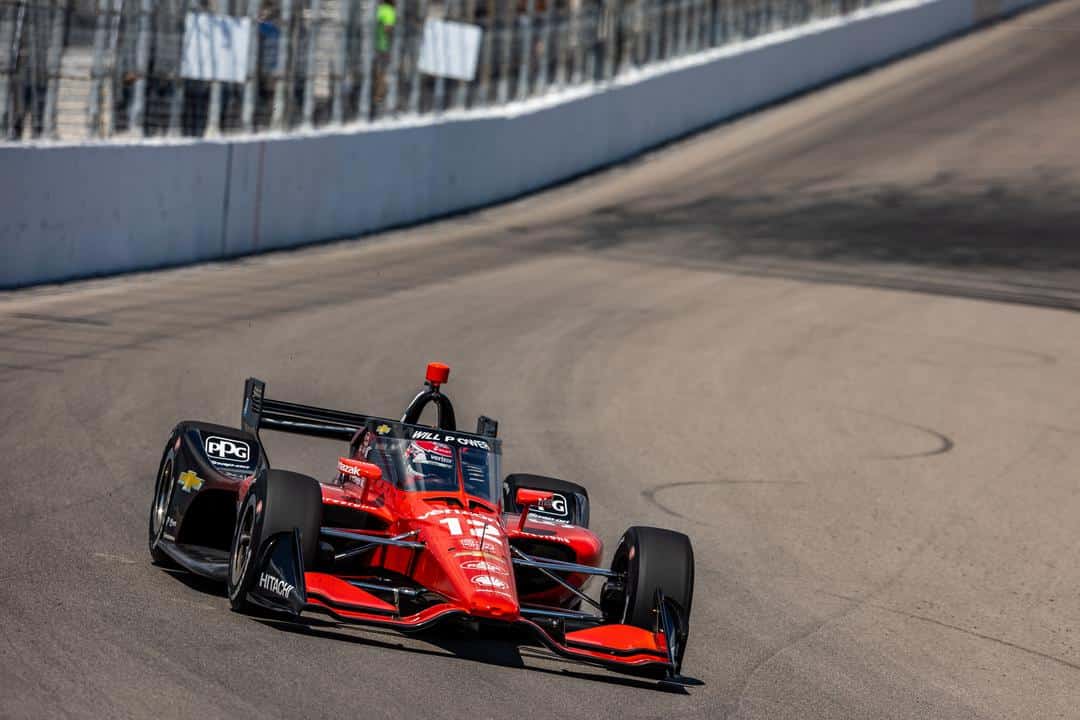 As the championship leader, Power had to watch all 24 other drivers make their runs, before his two-lap blast bested second-place Marcus Ericsson‘s effort by nearly seven-tenths of a mile per hour, earning himself an additional championship point for good measure.

Speeding into the record books.

“Amazing, amazing,” Power told NBC after claiming his fourth NTT P1 Award of the season. “I’m still kind of shaking because I tried to go wide open in [turn] three and four there. It got halfway around wide open and then it wasn’t going to make it, so then I downshifted and kind of floated out towards the wall … there was nothing left on the table, put it that way.”

Championship contenders Josef Newgarden, Scott McLaughlin and Alex Palou complete the top five. Of the 10 drivers still eligible for the title, seven will start from inside the top 10.

For much of the session, drivers chased early runner Takuma Sato‘s average speed of 180.048, but after Arrow McLaren SP’s Pato O’Ward jumped to the top, the speeds picked up.

O’Ward’s McLaren teammate Felix Rosenqvist was the only casualty of the session, the Swede losing control of his No. 7 Chevrolet exiting turn two before sliding slowly into the inside tire barrier on the backstretch. Rosenqvist will start Saturday’s race in last place, but he was able to avoid serious damage to his car.

After this incident in qualifying, @FRosenqvist will start at the back of the field for the #Bommarito500 tomorrow.#INDYCAR // @ArrowMcLarenSP pic.twitter.com/YzZBBV0Hfy

Andretti Autosport’s Romain Grosjean put in a speed good enough for eighth place, but a penalty accrued for an engine change following the most recent race in Nashville means the Frenchman will take the green flag from 17th.