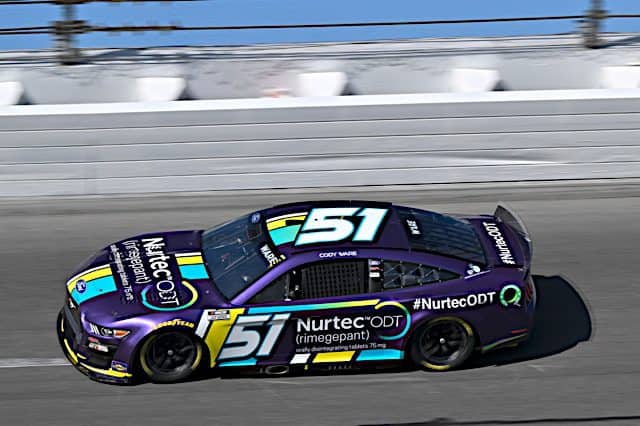 Cody Ware will have to compete in the next four NASCAR Cup Series races without three of his usual Rick Ware Racing crew members present after the team was penalized for his vehicle losing ballast during the series’ weekend at Watkins Glen International, NASCAR announced Aug. 23.

Crew chief Billy Plourde, car chief Jamie Edwards and team engineer Steven Gray will be forced to sit out the next four Cup events, returning when the series heads to Bristol Motor Speedway on Sep. 17.

RWR has not yet announced the No. 51’s replacement crew chief.

The No. 51 Ford finished 34th at Watkins Glen and currently sits 32nd in the points standings.

Allmendinger finished second in the Xfinity race at the Glen, and currently leads the series’ regular-season championship.

No points have been deducted from either team.