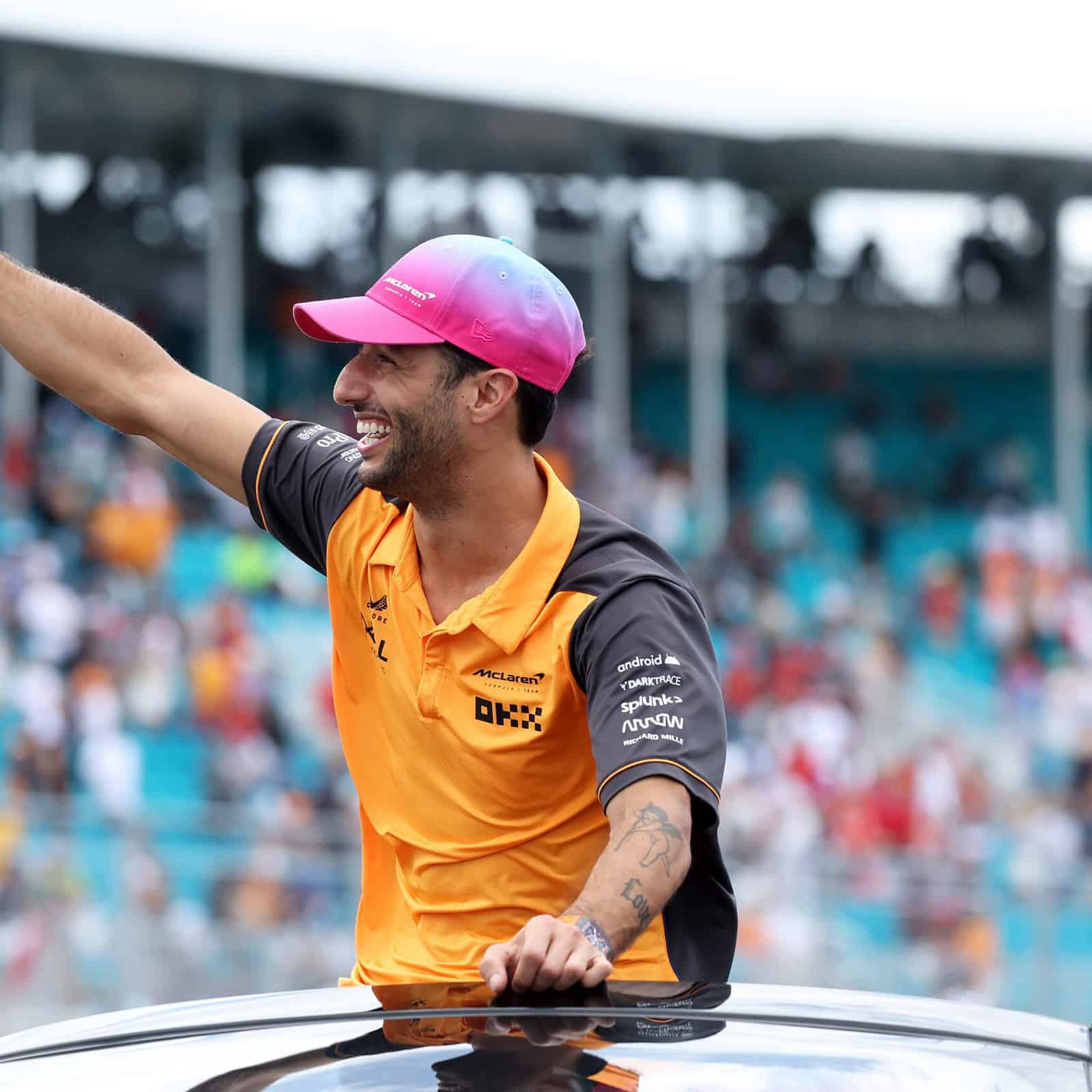 This week, McLaren has finally begun to trim down a bit on its expansive driver roster, agreeing to buy out Daniel Ricciardo’s contract to end their relationship one year early.

The Australian will remain with the team for the final nine races of the 2022 season before being cut completely free of his contract. The reality is that the driver of the No. 3 was never really a great fit for the Woking outfit, being brought in to either lead the team or at least serve as a good measuring stick for teammate Lando Norris. Instead, barring a surprise win last year at Monza (which serves as the lone Formula 1 win on record for McLaren in the last ten years), Ricciardo has typically struggled against his teammate.

A disappointing 2021 outing could be blamed on putting everything into the new regulations for 2022, but instead, the gap between the papaya orange cars have gotten larger.  Ricciardo finished 45 points back of Norris in 2021; he’s currently 57 points back of Norris in 2022, which is actually worse than it looks because Norris and the team are on pace for much less points in 2022 than they were in 2021.

It’s very strange to see this happen to Ricciardo. Norris has definitely taken a step up recently, but that doesn’t really explain such a massive gap between the two given Ricciardo’s resume.

Although Ricciardo surely got paid (it’s unclear if he got the reported $21 million he was looking for to break the contract), it’s the best thing for his own career to leave McLaren behind. The driver just turned 33 and his dream of someday winning a World Drivers Championship wasn’t going to be realized at McLaren, where he’d have spent next year almost surely serving as Norris’ sidekick instead of his peer.

Although McLaren seemingly has their driver with Oscar Piastri and look to be moving forward with him, the FIA may still rule against them and in favor of Alpine in their dispute. But if they are willing to dump millions into cutting Ricciardo’s contract, I can’t imagine they wouldn’t do whatever is needed to break Piastri of his deal with Alpine if that is ruled still valid.

Ricciardo should and will be contacted with a ton of offers. His status as one of the F1 grid’s most charismatic and popular drivers, while still being relatively young given his experience, will make him a hot commodity in a number of different series, if he plays his cards right:

Obviously the clear choice for Ricciardo, given his commitment to the series earlier on in the summer. The only issue with F1 is that there’s just not a lot of good seats still on the market; he’s not going back to AlphaTauri if that was an option. Alpine would be the best option, but it’s unclear at this time if that combination would work given that Ricciardo just drove for them.

If lightning strikes and Lewis Hamilton were to suddenly retire, that would change a great number of things and Ricciardo would be the favorite either for that Mercedes seat or to replace whoever Toto Wolff were to buy out in that situation. But there are absolutely no indications at this time of anything like that happening.

Betcha thought I was going to start with the NTT IndyCar Series, huh? Supercars would be an attractive option for Ricciardo if he wants to go back home and make as good bundle of money — not F1 money, but enough to make it worthwhile for him. It would also be a gigantic boon for this series, both nationally and globally with Ricciardo’s reach.

Really the only big holdup here would be that if Ricciardo went this route, realistically it would be difficult for him to switch over into something else Scott McLaughlin, who is 29 years old, and Marcus Ambrose, who was also 29 years old for his first NASCAR start, were able to make the switch to America, but that’s basically it among big names in this series. Riccardo would be four years older than both starting out in this series, so it would be incredibly hard for him to ever capitalize on his international popularity outside of sports car events.

Realistically, if Ricciardo were to move on from F1, this would be the most likely option. Indy cars are obviously nowhere near a one-to-one copy of an F1 machine, but it may be the easiest for a driver to transition to from F1.

At the same time, while this may seem to be a safe option for Riccardo, it may also be a risky one. Romain Grosjean had some great performances last year before moving up into better equipment and becoming completely anonymous in 2022. One of the most popular drivers in the series has been largely absent from the front of the pack; it’s hard to say Grosjean has become an embarrassment, but he’s definitely taken a step back image wise.

Still, it’s probably his most competitive option if he were to come to America, with his other one being a little more questionable.

Obviously Ricciardo, who drives the No. 3 in honor of Dale Earnhardt Sr. and took a ride in the Intimidator’s Wrangler car last year at Circuit of the Americas, has a great respect for the sport of stock car racing and has talked before about trying it out.

Ricciardo would be a very obvious and no-brainer candidate for Project 91. But honestly, at Ricciardo’s age, if he really wanted to make a splash in American motorsports, there’s still time for him to go to full time NASCAR. And he’d have one key option open for him.

Richard Childress Racing, which fielded six of Earnhardt’s championship winning Chevrolets, just lost Tyler Reddick to 23XI Racing for 2024. It would seem extremely far-fetched to imagine this of all teams being a landing spot for Ricciardo, but the year long wait for a Cup car would give the “Honey Badger” a very solid full-time season in the NASCAR Xfinity Series. That would also allow Ricciardo to potentially do some IndyCar on the side, including the Indianapolis 500. Trackhouse Racing is also an RCR engine customer, opening the door for Ricciardo to run some races as part of Project 91. Then, in 2024, Ricciardo would move up to Cup to drive the No. 8 car.

Again, is this likely? Not in the slightest! But if Ricciardo decides he doesn’t want to race at very best midpack in F1, this would probably be the best option for him financially. It just seems a little too perfect. One thing is for sure, though: there will not be a shortage of demand for Ricciardo for just about any series he competes in.

I could see Ricciardo being excited about driving for RCR. He chose the number 3 because he is a big Dale Earnhardt fan.