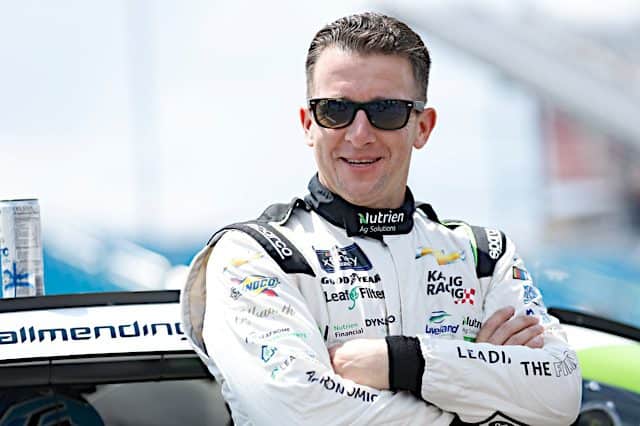 With the field set by metric qualifying, regular season point leader AJ Allmendinger will lead the field to green for the 22nd race of the season.

He will be joined on the front row by Noah Gragson, who won at Talladega Superspeedway in April. Sammy Smith will start on the second row in third after scoring a career-best finish of third last weekend at Watkins Glen International.

Gragson’s JR Motorsports teammates Sam Mayer and Josh Berry will round out the top five, while Riley Herbst will be the highest-starting Ford driver in sixth.

Sheldon Creed, Ty Gibbs, Jeremy Clements and Landon Cassill will round out the top 10.

How did Justin Haley make the show then? That car didnt run the last race or any previous race.