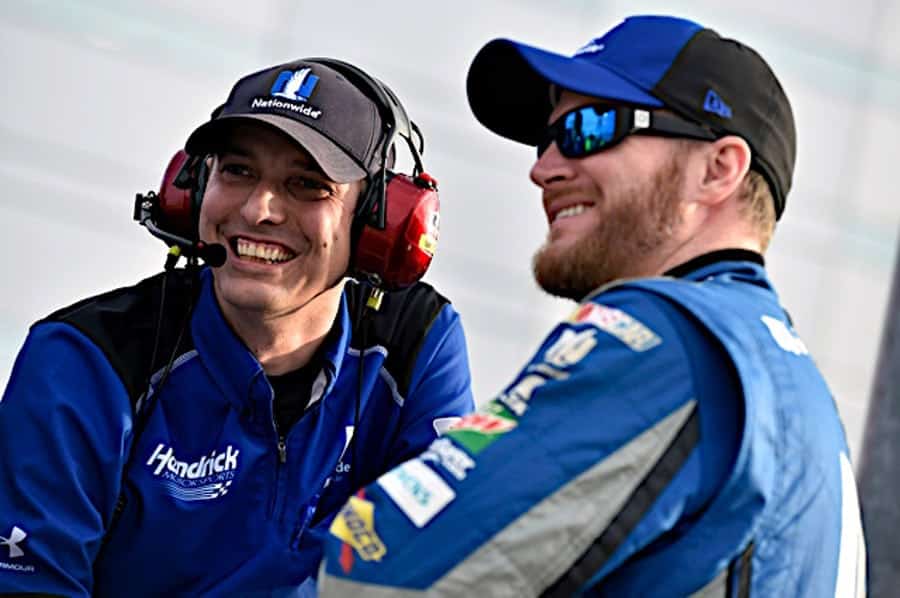 After 17 years in NASCAR and 10 seasons on the pit box, Hendrick Motorsports’ Greg Ives announced Aug. 26 that he will retire at the end of the 2022 season.

“After 17 seasons on the road and making countless memories, I’ve decided to step away as a crew chief at the end of 2022,” Ives tweeted. “There are many reasons, but the most important one is the chance to focus on my family and spend more time with our kids as they grow up.

“Leading the No. 48 has been one of the great privileges of my life, and I’m excited to go into the playoffs and chase a championship with Alex [Bowman] and this incredible group of people.”

Ives made his debut as crew chief in the NASCAR Xfinity Series for JR Motorsports in 2013. In two seasons with Regan Smith and Chase Elliott, Ives led his teams to five wins and the 2014 championship with Elliott.

After the 2014 championship, Ives was promoted to the NASCAR Cup Series for Hendrick in 2015 with Dale Earnhardt Jr.

In eight full-time seasons split between Earnhardt and Bowman, Ives has scored 10 wins as a crew chief in the Cup Series.

A replacement for Ives has not yet been announced.

Greg seems like a great guy, but as a Bowman fan, I’m glad he’s gone. I think he could’ve won more titles in Xfinity but wasn’t cut out for Cup long term. While Alex and him have made the Playoffs every year and won races, they haven’t been on the same level as the other HMS cars(though they’ve been better than Byron this year)and this is the 3rd year in a row where the cars are slow as molasses from June to August. He’s also made a good amount of questionable pit calls(threw away a shot at the win at Vegas in 2020) and never seemed too confident on the box. Hoping they can make a deeper Playoff run than they did last year, but I’m interested to see the difference in performance for AB next year compared to the previous 5.