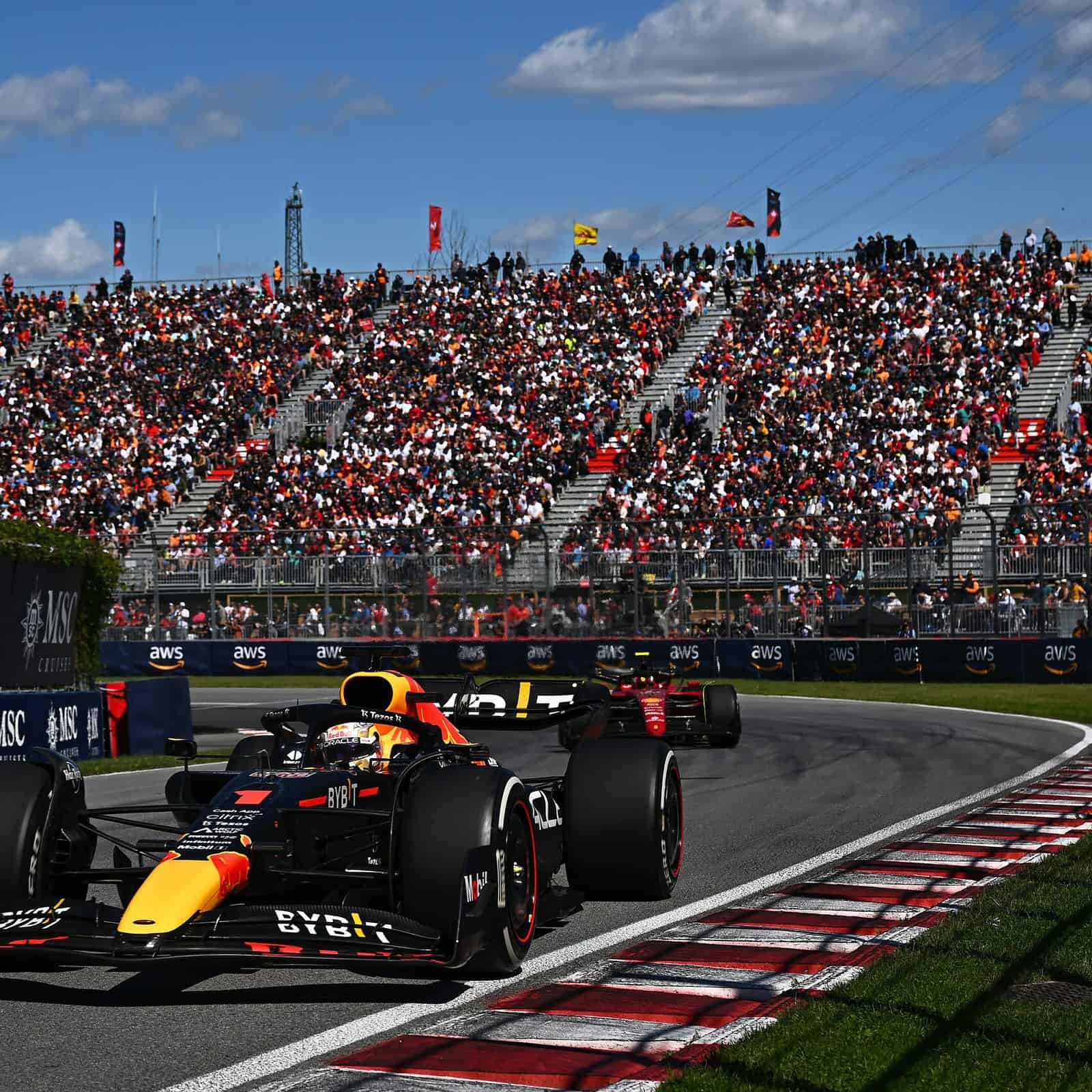 Max Verstappen was the fastest of 20 qualifiers for Formula One’s Belgian Grand Prix, but will start 15th due to being one of six drivers starting at the rear of the field.

Due to being one of six drivers to make major power unit changes, it will be Ferrari’s Carlos Sainz in the first grid position when lights go out on Sunday at Circuit de Spa-Francorchamps.

“We need to move forward,” Verstappen told F1 Media in the post-qualifying top-three interview. “I think, especially with a car like this, it would be a shame not to be on the podium.”

“Happy to be starting on pole,” Sainz said following Verstappen’s brief interview. “Not so happy to see the gap to Max this weekend and the gap that Red Bull has on us.

“We need to keep digging to see why Red Bull is so fast around this track … to start on pole is a good place to start.”

The other five drivers who will be behind Verstappen on Sunday will be points rival Charles Leclerc (who qualified fourth), Esteban Ocon (fifth), Lando Norris (10th), Zhou Guanyu (13th) and Mick Schumacher (15th).

Sergio Perez qualified third and will start second, in front of Fernando Alonso, who qualified sixth after teammate Ocon gave him some drafting help on his qualifying lap. Lewis Hamilton and George Russell struggled in qualifying and the Mercedes pair will start fourth and fifth respectively, while Alexander Albon qualified ninth but will start a season-high sixth for his Williams team.

There were no incidents in Q3.

There were no incidents in this session. Sebastian Vettel, Nicholas Latifi, Kevin Magnussen, Yuki Tsunoda, and Valtteri Bottas were the five eliminated drivers.

Six drivers will start the race at the rear of the field. Bottas will begin the race in 14th as his 20-place grid penalty had only 15 places due to power unit changes. The other six essentially qualified against themselves, as they had more severe engine penalties for using new parts past their seasonal allotment by the FIA, for the final six positions on the grid.

The overall driver lineup after all of the penalties are accounted for: