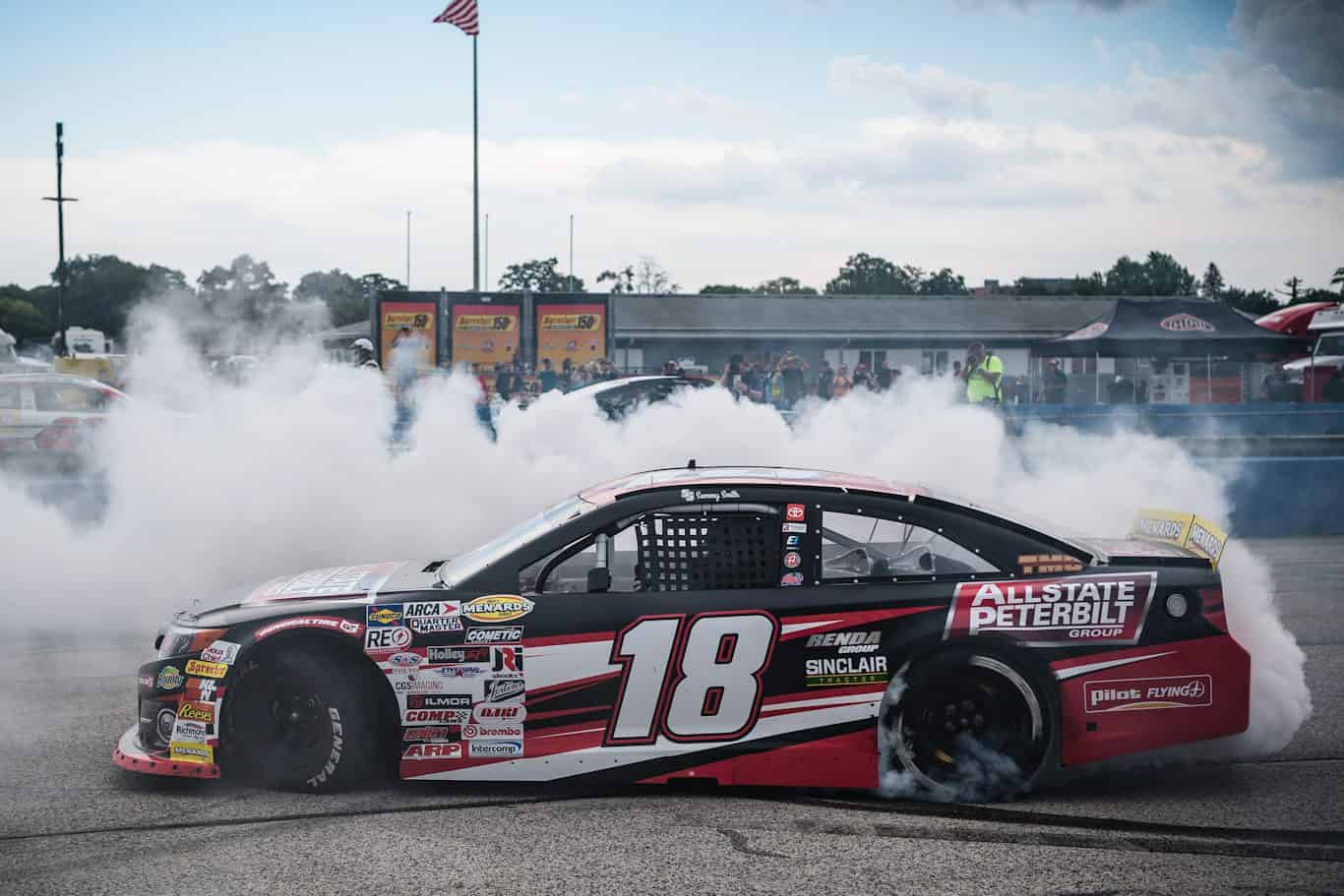 Sammy Smith won his third ARCA Menards Series race of the season — and did so starting on the pole, pacing the field Sunday (Aug. 28) at the Milwaukee Mile.

It’s also Smith’s fourth ARCA Menards Series East win of 2022, as the event was a combination race between the main series ARCA and East divisions.

“[Pit stop adjustment] was very important, I’m not sure what we did there that second stop,” Smith said post-race. “It wasn’t very good. We needed to get away from them there to protect my lead and the changes they did on that stop were awesome.”

Smith held off Taylor Gray for the victory, while Daniel Dye finished third.

Smith led early and dominated the first portion of the race until Gray took the lead on lap 76. He held it through the race’s third and final caution on lap 103.

It was then Smith was able to get back out front, producing a great restart to secure the victory for Kyle Busch Motorsports and his No. 18 Toyota.

ARCA next heads to the DuQuoin State Fairgrounds Sept. 4 for the Rust-Oleum Automotive Finishes 100. The 100 laps of racing at the 1-mile dirt track starts at 9 p.m. ET, with coverage on MAVTV and FloRacing.