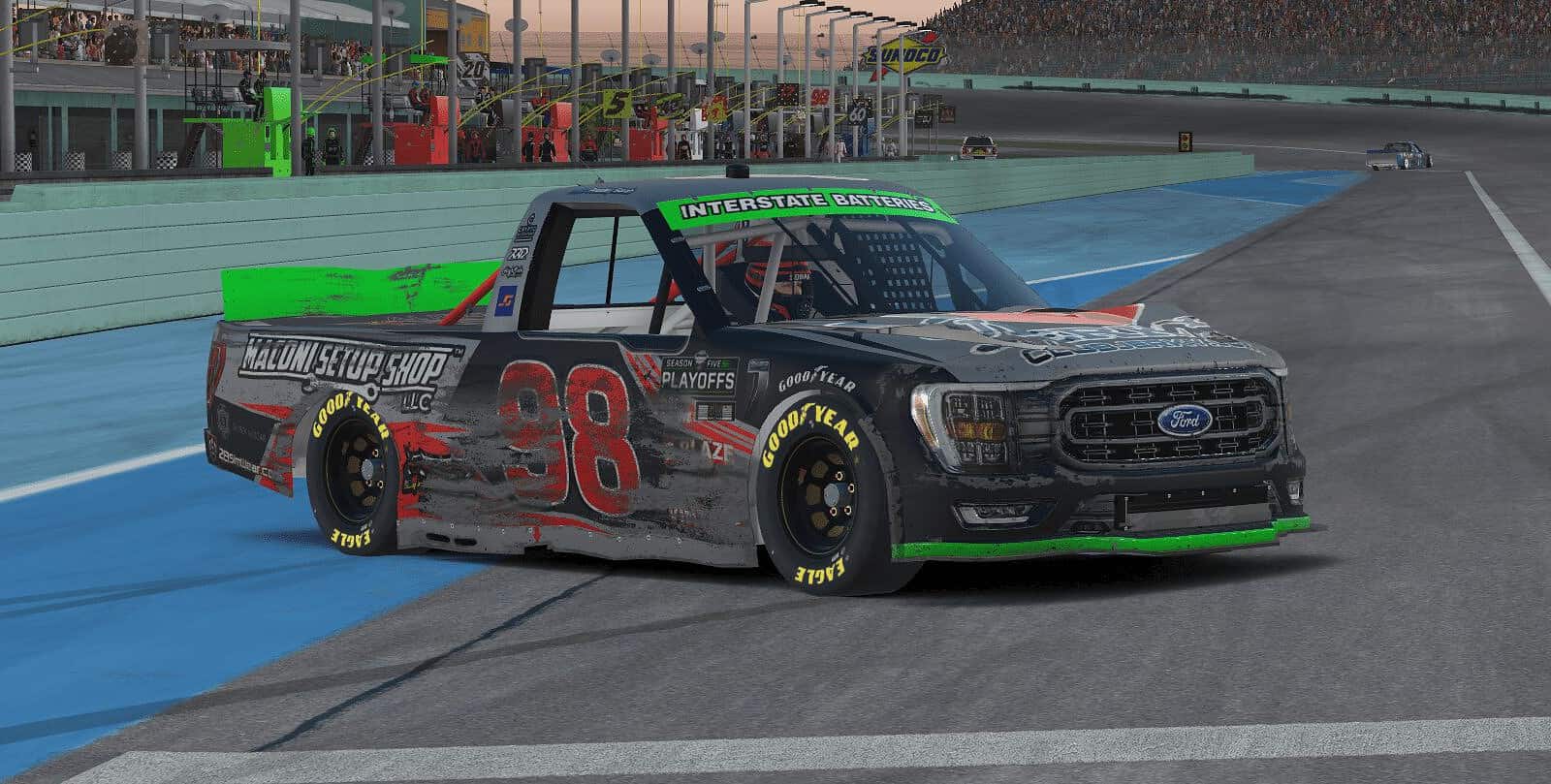 The season finale of the Monday Night Racing Pro Series was one for the ages. In the second ever live event at the Carolina eSports Hub, the championship went to Presley Sorah. Meanwhile, David Schildhouse took home the race win.

In a thrilling finish, Sorah and Anthony Alfredo both crashed coming to the line while a literal launch from Garrett Smithley allowed Sorah to barely cross the line ahead. Alfredo would finish fourth in the championship after a valiant effort in the final corner.

For the final time this season, we saw another quality race on an intermediate track, this time at Homestead-Miami Speedway with Camping World Truck Series machines. The great thing about this track on iRacing is the ability to run multiple grooves, including right next to the wall, just like we see in real life.

Desperation usually sets in near the end of these championship races, and this year was no different. With a fuel conservation race ahead of us once again, Sorah and Alfredo both raced right down to the last corner. James Bickford and Collin Fern both seemed to have the right strategy at first to be the top two, but they both ended up second and third in the championship, respectively.

In the race for the win, Schildhouse was able to use his race strategy of two pit stops, beginning from the first caution on lap 10, taking advantage of the newer tires compared to his competitors. Ironically, Schildhouse was the cause of the first yellow, and that allowed him to take his first set of tires. He drove through the field and was able to prevail out front during the last third of the race.

As mentioned, Sorah, Bickford, Fern and Alfredo were the top four in the championship in that order.

The next season of Monday Night Racing’s iRacing series will begin in November. Join Michael Massie and myself this week for our next recap show on Frontstretch’s YouTube channel.