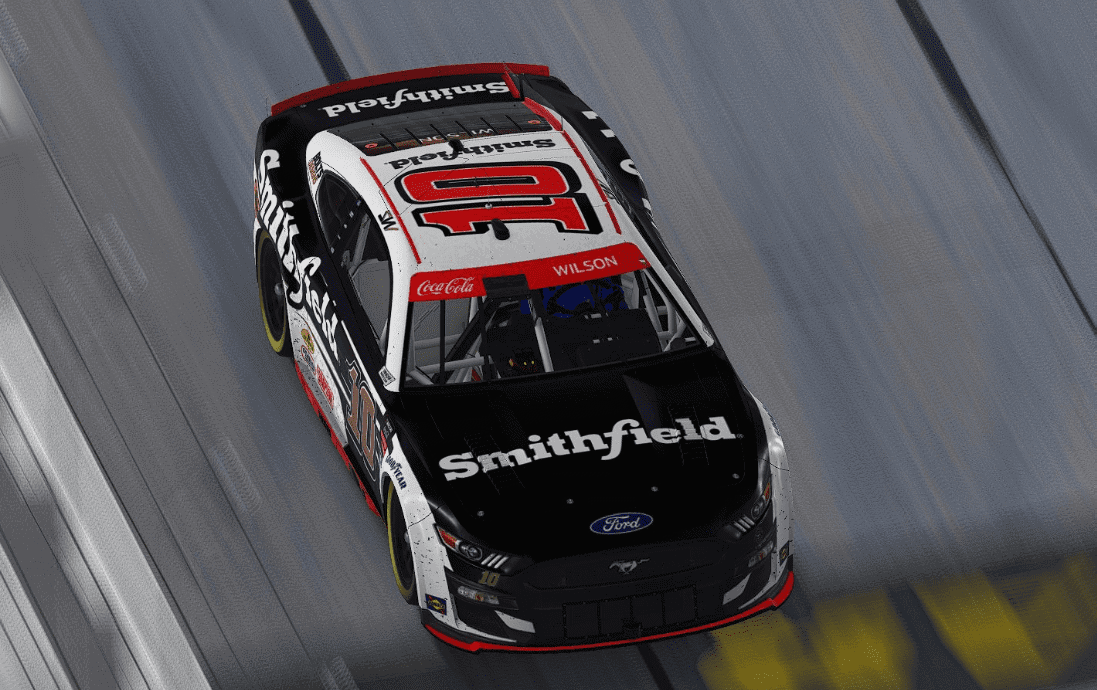 In a season rooted in parity, Steven Wilson may have just established himself as the championship favorite in the eNASCAR Coca-Cola iRacing Series.

The driver of the No. 10 Smithfield/Stewart-Haas eSports Ford captured his third checkered flag of 2022, the most of any driver, winning at the virtual Darlington Raceway on Tuesday night (Aug. 30).

“Yeah, it’s a little boost of the ego,” Wilson said. “I do have a lot of confidence this year. I’ve been pretty good at every track this season, and I was good at Bristol last year.”

Wilson’s win left one final spot available in the playoffs on points, and it was Bobby Zalenski that snagged that last position on the playoff grid with a third-place finish in his No. 18 Interstate Batteries/Joe Gibbs Racing Toyota. Zalenski led 69 of the race’s 120 laps, the most of any driver.

“I’m actually pretty mad I didn’t win that race,” Zalenski said. “But I’m relieved that everything else went my way tonight and to be in the playoffs.”

.@bobbyzalenski lead a race-high 69 laps en route to a 3rd place finish, just enough to points his way into the @NASCAR @CocaColaRacing @iRacing Series Playoffs as the 10 seed.

Zalenski is the only driver to advance to the Playoffs without a win in 2022. pic.twitter.com/3DtM4HwlVL

With only 10 playoff spots, someone good had to be the first driver out, and that dubious distinction went to Blake Reynolds, who came up just short of racing his way into the postseason with a runner-up finish in his No. 15 Jim Beaver eSports Ford.

“Crazy night,” Reynolds said. “I did my best. I didn’t get the last spot on points, but congrats to Bobby [Zalenski].”

It was a tale of two Toyotas during the first half of the race. Defending series champion Keegan Leahy put his No. 45 23XI Racing Toyota on the pole for the 15th time in his Coke Series career. He took advantage of the top starting spot to get a good jump on the start and lead the opening laps, with Zalenski right on his tail. Zalenski pressured Leahy and eventually passed him for the lead on lap 30.

Zalenski then pulled away from Leahy and Matt Bussa as green-flag pit stops got underway, with some teams trying an alternate pit strategy to gain track position. In the middle of that pit cycle, the first caution came out on lap 58 for an incident involving Dylan Ault in the No. 40 Chevrolet and Jimmy Mullis in the No. 46 Rise eSports/Sonoco Chevrolet.

As the sun went down at virtual Darlington and the race entered its second half, new contenders rose to the front. Wilson maneuvered his car to the lead for the first time with a power move going into turn 1 on lap 77. Wilson stayed on point for 17 laps until Zalenski blew back by on lap 94.

Leahy re-entered the picture as the laps wound down, making his way back to the runner-up position and closing the gap on Zalenski. It looked as if the race would come down to a duel between the previous two Darlington winners.

However, the race’s second yellow flag on lap 115 changed everything, setting up a pit strategy opportunity. Leahy stayed out to take the race lead, while Zalenski put on four fresh tires and others took two to line up in between the two for the first overtime attempt.

On the ensuing restart, Leahy surprisingly held for most of the following lap, at least until Wilson made his way back around just before a massive wreck on the frontstretch involving several drivers. The caution came out before Wilson took the white flag, prompting another overtime restart. Wilson held off Reynolds, Zalenski and the rest of the field over the final two laps en route to victory.

Leahy pitted for tires during that caution and faded back in the running order to finish 21st. He will not have a chance to defend his 2021 Coke Series championship after missing the playoffs.

Breaking out a @DaleJr Throwback for tonight's @eNASCARCocaCola Regular Season Finale @TooToughToTame! Going to give it all we've got to go for the final spot in the Playoffs!#WeRise x @SunocoRacing pic.twitter.com/i7r6pgMs0X

My @eNASCARCocaCola Darlington scheme! @JBeavereSports nailed it with this theme. It’ll be an awesome tribute to the legend himself, @TravisPastrana.

With the playoff field now set, the point totals for each of the 10 playoff drivers is reset to 2,000, plus three points for each regular season win. The Round of 10 consists of races at Bristol Motor Speedway, Talladega Superspeedway and Homestead-Miami Speedway. The four drivers highest in the playoff standings after Homestead will go on to the championship race at Phoenix Raceway, with the highest-finishing driver out of those four claiming the 2022 series title.

The playoffs get underway in two weeks on Tuesday, Sept. 13 with 175 laps around Bristol. It will be the series’ second trip to Bristol this season following Nick Ottinger’s victory on the dirt configuration of the half-mile oval. The coverage begins at 8:30 p.m. ET and will be broadcast live on eNASCAR.com/live, YouTube.com/iRacing and Twitch.tv/iRacing. 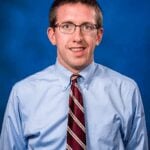