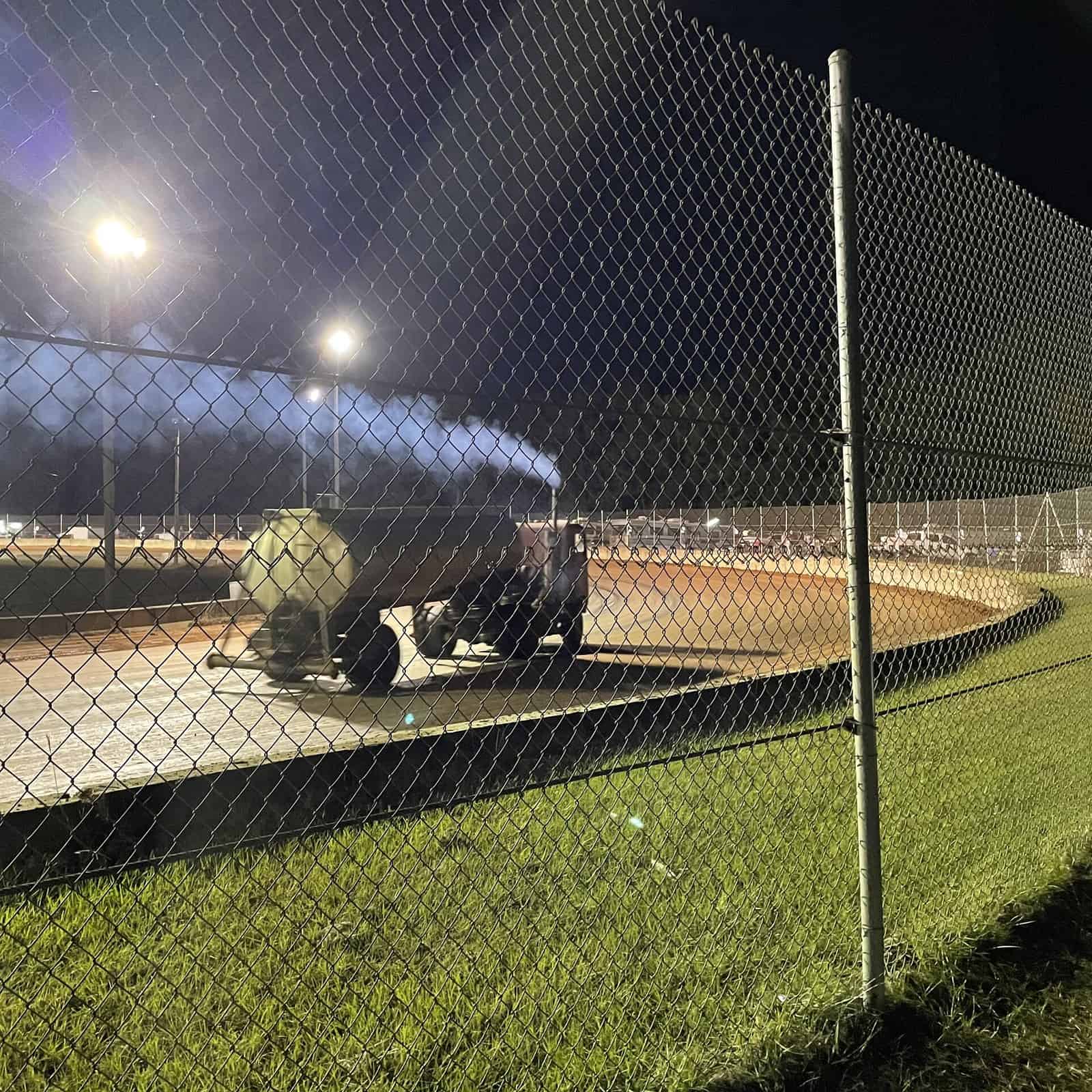 For the second summer in a row, dirt track racing in the Carolinas had to endure an at-track shooting. Saturday night (Aug. 27) saw a track security guard at Lancaster Motor Speedway in South Carolina murdered for reportedly refusing entry to a man not wearing a track wristband. A suspect was arrested the next morning for the killing.

This shooting is hardly a problem endemic to dirt track racing. Unfortunately, sports at all levels have had to endure violence in recent years, be it fighting in NFL grandstands or stabbings in MLB parking lots.

That doesn’t diminish how tragic Saturday night was at Lancaster. I’ve been to over 140 racetracks in this country and yes, be it as a fan or as a media member, I can’t count on all my fingers the amount of times I’ve had to deal with security or other track personnel pointing me the wrong direction or not understanding ticketing/credentialing at the track. That’s never grounds to raise a voice, much less fire a gun.

Say a prayer for the victim’s family and say thank you to the next ticket taker you see at your local track.

News broke over the weekend that Pennsylvania’s Grandview Speedway, a rare example of a NASCAR-sanctioned dirt track and a fixture racetrack of USAC’s annual Eastern Storm wingless sprint car mini series, has been sold to make room for an auto auction location. As a result, it will soon cease to be a racetrack (note that a number of the Facebook posts providing more substantial information are part of groups and cannot be embedded here).

Multiple sources have confirmed through social media that track personnel were, in fact, notified of the impending closure over the weekend.

This one comes as a bit of a shock. Grandview Speedway has proven healthy in terms of attendance and car count all season long; its promoter was instrumental in getting the Eastern Storm mini series established in Pennsylvania.

But, no matter how successful a dirt track is, it remains a very low-margin, labor intensive means to make money. Cash offers for land are often hard for track owners to turn down.

It’s tough to stomach that a track where fan support was actually present still ended up closing anyhow.

3. A dirt racing comeback a year in the making

Well, maybe not a full year, but we need some good news after two downers to start this column. Nine months after enduring a spinal injury racing midgets in California, Keith Kunz Motorsports prospect Daison Pursley returned to competition over the weekend at Davenport Speedway in Iowa. Pursley scored multiple top-10 finishes in Outlaw Xtreme Midget Series competition on the Iowa quarter-mile, including a heat race win on Friday night.

No commentary necessary beyond that. It was good to see Pursley back on track and midget fans should be excited to see more of him in the fall.

That Pursley endured such a terrible injury despite running in a top-tier midget car with every modern safety feature on it was a stark reminder last fall of the dangers of open-wheel racing. And after seeing what a vintage race practice at Williams Grove Speedway (Pa.) on Friday night turned into, it does raise a pointed question as to whether vintage racecars that lack said safety features have any place on today’s racetracks. (Warning to those that haven’t seen it; the replay is graphic.)

Now fortunately, the driver involved in this incident, Wayne Godshall, was alert and communicating when he was transported to the hospital after the crash, with family members reporting on social media that he was banged up but OK later in the weekend.

Still, after having seen the way Godshall’s head was moving in the cockpit of that racecar as it went tumbling, I can’t fathom how, in this day and age, where even the buzz bomber division at most local tracks require containment seats, that sprint cars such as those being run on track at the Grove Friday night are allowed to run at speed.

There are plenty of fans and competitors alike at the Grove expressing that drivers racing in vintage machines without safety features are aware of the risks. And yes, Friday night’s wreck was an extreme incident, even by sprint car standards.

But the historical benefit of said races fails to outweigh the risks when they crash the way they did Friday. As important as maintaining ties to the sport’s past is, putting on events where drivers are injured as graphically as they were this Friday night will ultimately repel more fans than it creates.

5. Fingers crossed for another Florida resurfacing

With much of Florida’s racing scene in a regularly scheduled hiatus waiting for the extremes of tropical weather to cool off, All-Tech Raceway has been hard at work, putting tons of new clay on its racing surface.

Now look, resurfacing a dirt track is standard practice. It’s necessary, it has to be done. But I’ll admit I shuddered seeing images of All-Tech having dump trucks and bulldozers working all over it. For one, All-Tech’s racing surface has been superb in recent years, with last year’s Lucas Oil Late Model Dirt Series season opener and this year’s XR Super Series events both featuring glistening, slicked-over clay that put on superb racing.

You were perfect this weekend, @AllTechRaceway 👏

See you in December. pic.twitter.com/oSVk32rM4H

Translation: I don’t want to see that racing surface go away.

And given what’s been seen earlier this year, there’s reason to hold your breath until racecars actually take to All-Tech’s new surface. Because both Volusia Speedway Park and Eldora Speedway, racetracks that are nationally recognized for their maintenance, both attempted resurfacing this year. And both were reduced to having to scrape their new clay off their racing surfaces to accommodate major events, be it the DIRTcar Nationals in February or the Eldora Million in June.

It’s long been a running joke that a headliner class is often never to be found at a dirt track when the PA announcer calls for cars to pack the racing surface in before hot laps. Well, the USAC national sprint cars were blessed at Kokomo Speedway (Ind.) this weekend with one of the cleverest promotions dirt racing has seen in 2022.

Happy Smackdown!🥊 @clintonboyles98 is off turning wrenches in PA this week and isn’t able to make it to the race. He came to us with a great idea!

Clinton would like to sponsor the driver who makes the most laps in wheel pack each night a sleeve of tear offs! pic.twitter.com/PwLyX6DSOn

Now, granted, it may take more much of a dangling carrot than tear-offs, like maybe a right rear tire, to get a super late model out there to pack. But it definitely feels like there’s a marketing opportunity to be had here.