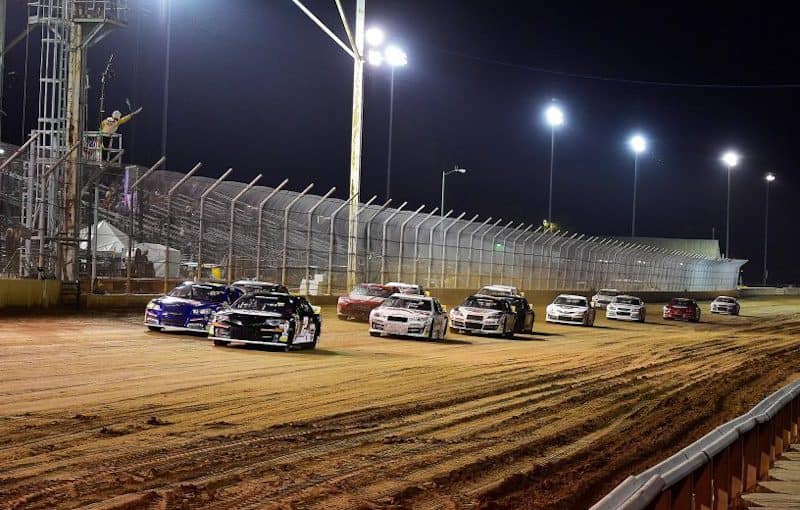 For the third straight event, there will be a larger ARCA Menards Series field in 2022 than there was last year. After only 16 drivers competed in the messy ARCA event at the DuQuoin State Fairgrounds last season, 21 are entered for this weekend’s event (Sept. 4).

One reason some drivers are running both events is due to the Performance Seed Dirt Double. Jesse Love won the race at the Illinois State Fairgrounds, also called the Springfield Mile, earlier this season and has a chance to claim the $50,000 prize if he wins DuQuoin, too.

Otherwise, the driver with the best average finishing position of the two ARCA dirt track events this season will claim an extra $5,000. Considering first place at DuQuoin pays a base purse of $6,000, the extra prize money is a large financial incentive for ARCA competitors.

Even with a DNF last year at DuQuoin, Love finished 10th. The two-time ARCA Menards Series West champion is optimistic for this year’s 100-lap race at the 1-mile dirt track.

“DuQuoin’s going to be important,” Love told Racing News Now. “Going to be hard to win there like it always is but I feel really confident in myself. I feel pretty loose and, like I said, confident. I feel really good. DuQuoin will be fun. The car will be good so just got to do what we did this weekend [winning at the Illinois State Fairgrounds] and should be fine.”

With his win at the Springfield Mile, @jesselovejr1 is now eligible to earn the Performance Seed Dirt Double $50k bonus if he wins at DuQuoin on Sept. 4 👀 pic.twitter.com/yYlPnWrW4g

Despite a last-lap horrendous crash, Buddy Kofoid piloted the No. 15 Venturini Motorsports Toyota to a runner-up finish at the Springfield Mile. He is not competing at DuQuoin, though. Instead, Corey Heim will drive the No. 15.

By only competing at DuQuoin and not at the Springfield Mile, Heim is ineligible for the bonus money. Nevertheless, he will have a fast No. 15 Toyota.

Heim also has run well in ARCA dirt events. He won the 2021 Springfield Mile, and he boasts one top five – third place in 2019 – and two top 10s in his two DuQuoin starts.

Unzicker’s team, Hendren Motorsports, is making its last ever ARCA start at DuQuoin, so Unzicker would like nothing more than to send his team owner Bill Hendren into retirement with the trophy and prize money, too.

All five drivers in the Frontstretch ARCA power rankings are hungry for victory and prize money.

Championship points leader Nick Sanchez left the Milwaukee Mile with a little swagger as there are only five ARCA races left this year.

“I think we have a lot more to improve on dirt and I guess that’s good coming off fifth [place at the Springfield Mile],” Sanchez told Frontstretch after finishing fifth at the Milwaukee Mile. “I think we have a lot more potential in our dirt program and we just need to tune on that. I think I could’ve used a little bit more at the end of that dirt race and it was what it was. But yes, I’m looking forward to DuQuoin.”

Sanchez leads Daniel Dye by 11 points and Rajah Caruth by 16 points in the title race.

Dye finished seventh, lowest of the trio, at Springfield. On a current nine-race top-10 streak, including six top fives, Dye is poised to cut into Sanchez’s points lead if Sanchez struggles at DuQuoin.

However, Caruth has only led 34 laps this season and has gone 10 straight ARCA events without leading a lap.

To retake the championship lead, Caruth will need strong performances for the rest of the season. Although he brought home a sixth at the Springfield Mile, Caruth is primed to tackle the 1-mile dirt track in DuQuoin, Ill. and push for a better performance.

Sammy Smith dominated the most recent ARCA race this season with a dominating victory at Milwaukee. Tied for the series lead in wins, Smith finished fourth in his first-ever dirt track event earlier this season at the Springfield Mile. Smith’s predecessor Ty Gibbs placed second at DuQuoin last year; can Smith improve upon that by one spot?

Taylor Gray is also tied for the ARCA lead in wins. Currently on an eight-race top-10 streak, Gray has three top fives and four top 10s in his four ARCA dirt starts, earning his best result of third place in the 2021 event at the Springfield Mile. Back for his second DuQuoin start, Gray will seek to best his fifth place there last year.

Veteran team owner Andy Hillenburg saw one of his drivers, Bryce Haugeberg, collected in that last-lap wreck at the Springfield Mile. Hillenburg has two talented dirt track drivers in his stable this week: Ken Schrader and Joe Cooksey.

Schrader ended up ninth at the Springfield Mile this season, but he has been a regular contender at DuQuoin. In 16 ARCA starts there, he has three victories, 12 top fives and 15 top 10s. Moreover, he has won three poles and led 162 laps. Schrader knows how to wheel a racecar at DuQuoin and he should be a contender driving the No. 11.

Although he has not competed in ARCA since the 2018 DuQuoin event, Cooksey intends on competing for the win.

“This may be it, maybe my last time I ever go,” he told ARCA Racing. “I’m going to hit it hard. I’ll have a meeting with my team. If they’re not willing to lose a limb, maybe this isn’t for them. When we show up at DuQuoin, we are going to be on it. It’s not just a good time; we’re coming to race. I’m excited to go.”

The combination of Schrader and Cooksey increases Hillenburg’s odds for victory, too.

“We’re definitely serious about it, but no matter what, it’s going to be a good time,” Cooksey added. “Andy Hillenburg is generally excited. We’ll come out with years of stories out of one weekend. It’s gonna be good, but he [Hillenburg] also knows he’ll have a better chance with the two of us in his cars.”

The ARCA field will take the green flag in the Rust-Oleum Automotive Finishes 100 on Sunday, Sept. 4 at 9 p.m. ET with TV coverage provided by MAVTV Motorsports Network and available on FloRacing.