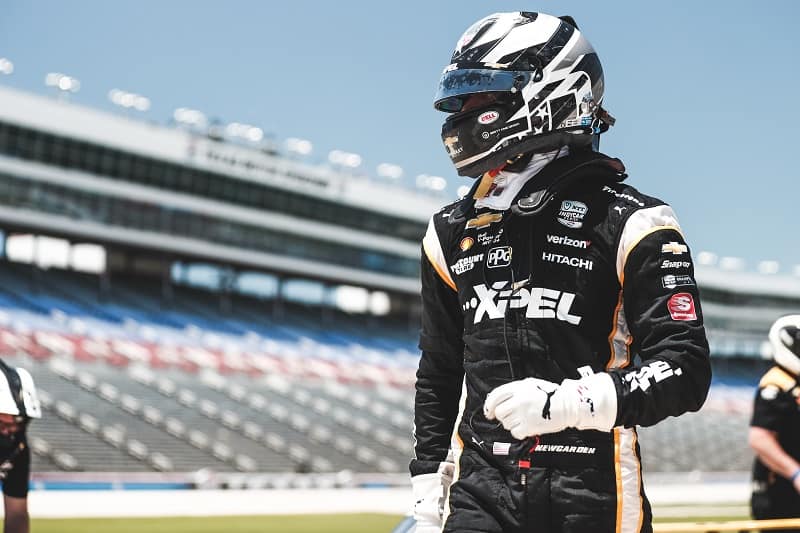 With just two races remaining in the 2022 NTT IndyCar Series season, the Team Penske duo of Will Power and Josef Newgarden sit atop the standings with Power a mere three points ahead of his teammate.

The presence of Dixon in the title discussion is more or less a given; few examples exist of a season where the 42-year-old New Zealander has simply not contended for the title. The last time he finished outside the top five in points was way back in 2016.

Likewise, Will Power is a name fans rarely count out as the championship picture starts to come together. While the Toowoomba native’s name only boasts one title (2014) at the moment, runner-up finishes in 2010, 2011, 2012, and 2016 are a testament that although Power may not be running away with championships left and right, he’s often close enough to see his reflection in the Astor Cup.

Marcus Ericsson’s IndyCar career is too young to call the jury back to the courtroom. The Swede’s three career wins include Detroit, Nashville, and the aforementioned Indianapolis 500, his lone triumph of this 2022 season. Ericsson has been adequately consistent this year, but the first time we see him in a make-or-break title race is not the time to be declaring how fit he is to lift the Cup at season’s end.

That leaves Newgarden. He’s a two-time series champion with 20 career wins and runner-up championship performances in 2020 and 2021.

Capable of winning on every track in every condition, Newgarden has amassed more wins to this point in 2022 (five) than any other season in his career. The No. 2 team has been a constant threat on ovals, winning at Texas, Iowa 1, and Gateway with victories at Long Beach and Road America to boot.

It’s time for that season to get even better if Newgarden wants a third title.

Normally, it would be unwise to put the driver in second place in a make-or-break scenario. This season, that may well be the case. Newgarden is sandwiched between Power and Dixon, a cumulative nine titles between the three, with Ericsson just three points back from Dixon and very much in the chase for the title himself.

Power has been absolutely deadly in terms of consistency this year, as has Dixon. Newgarden’s two closest title rivals are drivers that can’t be counted on to buckle under pressure or make unnecessary mistakes of negligence.

Ericsson may not be a threat week in and week out, but that may, in fact, make things worse over the last two weeks of the season. In the form of Power and Dixon, the target is clear for Newgarden. The last thing his psyche needs is a Nashville 2021-style win from Ericsson, coming out of left field to turn everything on its head at the last moment.

Last time out at Portland and Laguna Seca, Ericsson managed finishes of seventh and sixth, respectively. Newgarden? He ran fifth and seventh. The statistics show little discrepancy between the two if we isolate these tracks. Newgarden will be looking out his visor and in his mirrors more than any other driver as the season comes down to the wire.

One thing, however, is essentially guaranteed.

Either Team Penske or Chip Ganassi Racing will take home the 2022 Astor Cup. Behind the top four in points sit Ganassi’s Alex Palou in fifth and Penske’s Scott McLaughlin in sixth, 54 points off the lead. Textbook years for both teams from a numerical point of view and backup contenders in case of catastrophe. The first driver listed behind the Penske-Ganassi logjam out front is Pato O’Ward; he’s 58 points back in seventh.

Looks like McLaren will need to wait another year for their first IndyCar championship.

Next up for these contenders is the 2022 Grand Prix of Portland. The race takes place on Sunday, Sept. 4, at 3 p.m. ET with coverage on NBC.