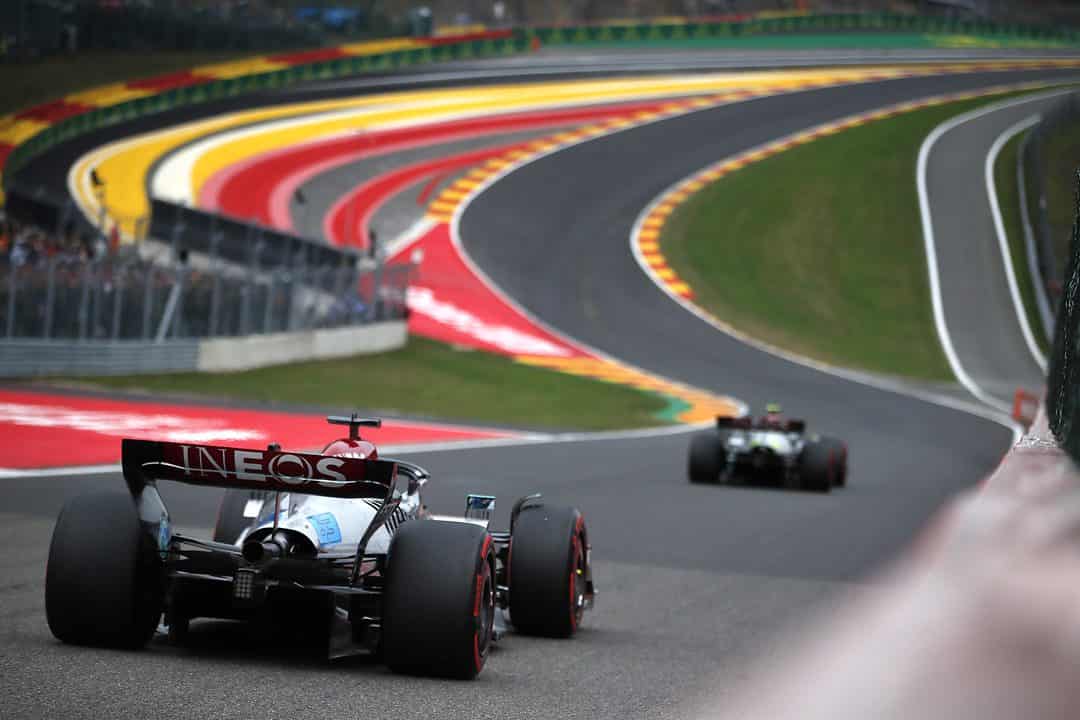 Don’t look now, but classic tracks are back.

Last week, Formula 1 made its annual post-summer-break trip to Circuit de Spa-Francorchamps as dark clouds hung over the weekend. No, not literal ones, (that was last year) but the metaphoric kind.

We were all thinking it: This event was going to be the last F1 race at Spa.

Except, mere moments before the lights went out, F1 announced the return of the Belgian Grand Prix to the legendary track in 2023. Remarkably, the fan-favorite circuit is going to keep its place on the calendar. That kind of thing just never happens in F1.

Formula 1 can confirm that the Belgian Grand Prix will be on the 2023 calendar following an agreement to extend our partnership together.

Further details on the 2023 calendar will be announced in due course. pic.twitter.com/zK1kDrpAbu

Every year, it seems, the threat of cancellation hangs over one of F1’s great events, the Silverstones, Spas and Monzas that give the series its historical foundation. But if you’ve paid attention to the 2022 calendar, you’ll notice they’re all still there.

In fact, since 2010, (excluding the chaos of 2020) we’ve seen the Red Bull Ring, Autodromo Hermanos Rodriguez, Circuit Zandvoort and Imola return to the schedule while Korea, Valencia, Paul Ricard and Sochi have dropped off (or will next year, in the case of France). That’s excluding the still-pandemic-related return of Istanbul Park and debut of Portimao in 2021.

Meanwhile, F1’s greatest hits remain: Spa, Monza, Monaco, Silverstone, Interlagos and Suzuka. No matter the threat to their place on the grid, whether budgetary or geopolitical, the golden ones always pull through, ready to give us thrilling action year-after-year.

Now, reader, may I introduce you to the theory of quantum immortality, or at least its pop-cultural misinterpretation.

Based on multiverse theory, quantum immortality suggests that because there are an infinite number of universes diverging at every single change, the fact you are alive right now means that you have survived every possible opportunity to have died throughout your entire life.

Some philosophers use this theory to explain why the world never devolved into nuclear Armageddon during the Cold War, that the infinitesimally small likelihood of mutually assured destruction actually working for decade after decade couldn’t have happened any other way, because our universe is one that continued to exist.

If we’re to believe quantum physicists, somewhere in the multiverse, there’s an F1 schedule that’s all Sochi, Valencia and Vietnam. Because Spa is on the calendar for 2023, Spa is immortal.

Quantum immortality is, to put it politely, an interesting thought experiment, but no way to live your life. It leads to a dangerous way of thinking. What’s to stop you from jumping off a roof if you’ll always end up in the universe in which you survived? What will you think next time it’s rumored that Monza or Silverstone is going the way of Hockenheim?

I call it what it is: survivorship bias. In our universe, we can look back at history and see our favorite F1 circuits saved from the chopping block time and again, or brought back from the brink in the cases of Zandvoort and Imola.

The F1 fan base is very fortunate to have as many all-time classic circuits on the grid as ever, with some newer ones (Bahrain and Shanghai, for instance) aging into iconic status. For as many new street circuits arrive on the calendar – Jeddah last year, Miami this year, Las Vegas next – they’re keeping the great tracks and letting the mid-2000s Tilkedromes go.

Those ones that survive are even getting layout changes to race more like the old-school, natural-terrain courses people love. Just look at last year’s revamp of Yas Marina’s low-speed hairpins.

The Abu Dhabi Yas Marina @f1 circuit will feature a new high-speed banked corner as part of its revamp.

Now, it’s not inevitable these tracks remain on the schedule. It just means Liberty Media is willing to make an effort to preserve the ones beloved by fans, drivers and industry personnel alike. That’s great, but constant vigilance is required each time there’s a threat to Spa or Interlagos.

Stateside, North Wilkesboro Speedway just came back from the dead. If that’s not indicative of social media’s power to shape the racing world, I’m not sure what is.

Continue to love the tracks you love, go to races if you can, and make a fuss when they’re under threat. It’s not quantum immortality that keeps the classics alive and brings them lovingly into the 21st century. It’s not a paradox of particle physics that saved Spa-Francorchamps.

Spa is my absolute favorite F1 track. So glad to see it continuing on the schedule!