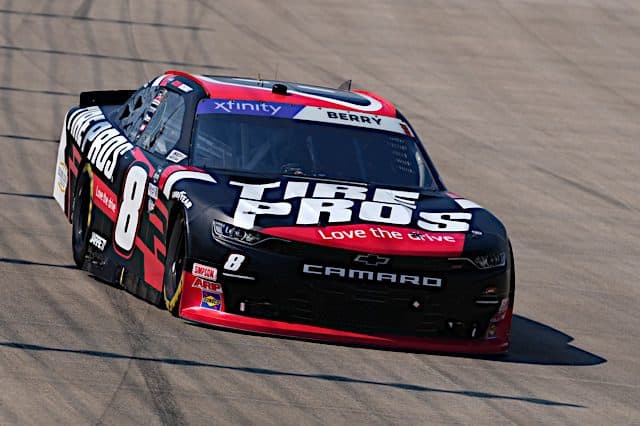 Longtime crew chief Mike Bumgarner will be elevated to JR Motorsports’ director of competition beginning in 2023, the team announced Sept. 1.

Bumgarner previously served as the team’s race operations director from 2014-2020 and is currently the crew chief for JRM’s No. 8 NASCAR Xfinity Series team and driver Josh Berry.

Bumgarner will finish the rest of the 2022 Xfinity season atop the pit box for Berry before moving to his new role within the organization.

“Mike knows JR Motorsports inside and out,” JRM Director of Motorsports LW Miller said in a team release. “He’s very well respected in the building and within the garage and has an innate leadership quality that our group can rally around. With his level of experience, competitive focus and communication skills, it’s a natural transition for him.”

“We’ve got such a talented core of people here at JRM, and I’m just really thankful for this opportunity,” Bumgarner added. “I certainly don’t have all the answers, but my goal is to communicate well and give our teams all the support they need so we can keep hanging win banners in the shop.

“I’m looking forward to next year, but my first priority is going after the championship and finishing the season out strong with Josh and our No. 8 team.”

Bumgarner and Berry have won two races so far this season, at Dover Motor Speedway and Charlotte Motor Speedway. Berry is fifth in points as the Xfinity Series heads to Darlington Raceway on Sept. 3.