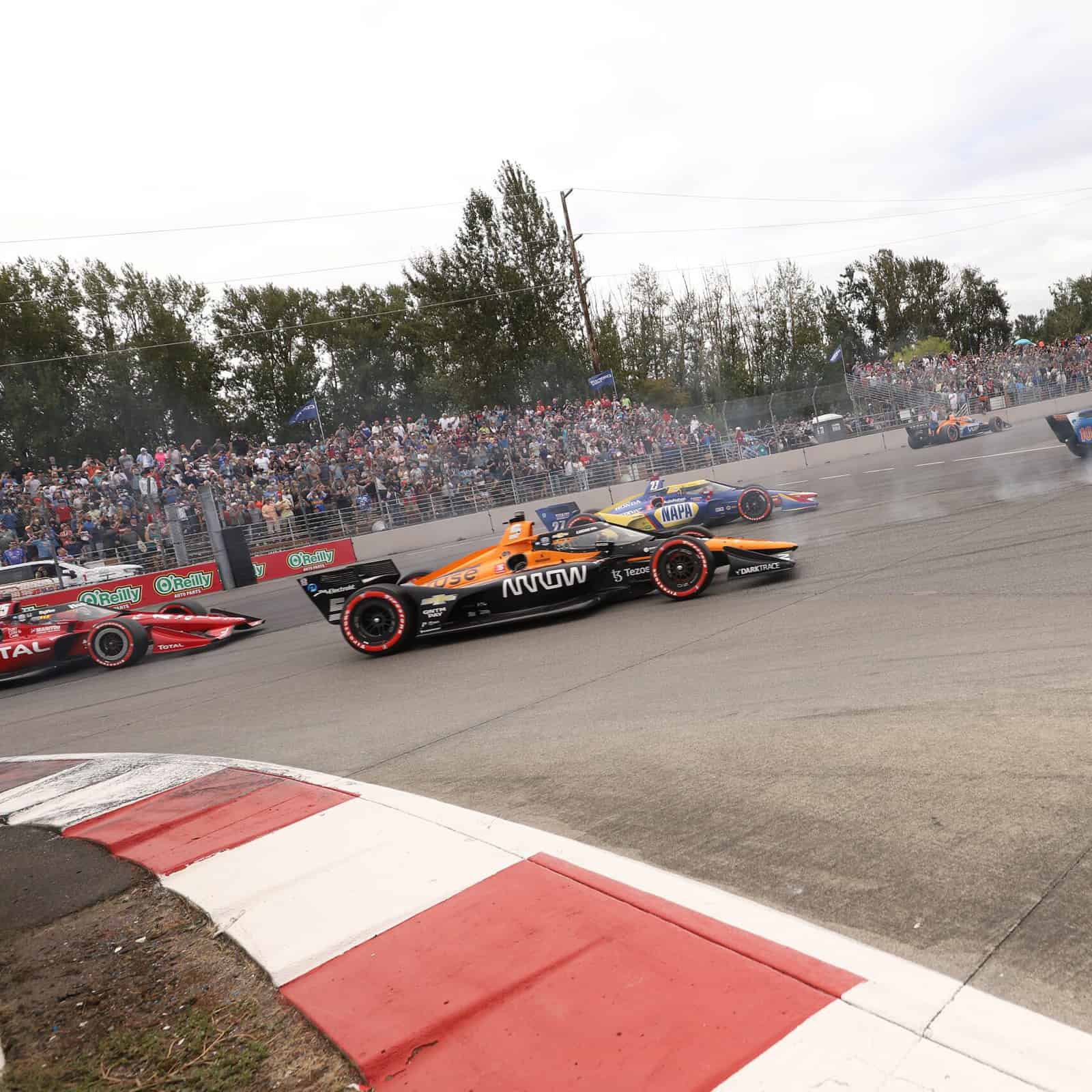 Portland may be “the city where young people go to retire,” but Portland International Raceway, built on the wreckage of the town of Vanport on the banks of the Columbia River, will be the site of the penultimate round of the 2022 NTT IndyCar Series’ closest seven-way championship fight in decades.

The Grand Prix of Portland has been a part of American open-wheel history on and off since 1984, with the current IndyCar race around the current 1.967-mile, purpose-built road course dating only to 2018.

After taking 2020 off due to the COVID-19 pandemic, IndyCar returned to the Pacific Northwest in September of last year, with eventual champion Alex Palou recovering from a first-lap collision to score his third and final win of the season. Palou would retake the championship lead in that race, an edge which he would hold for the rest of the year.

Uncommon in IndyCar, Team Penske does not enter the Portland weekend as the easy favorites. In fact, Will Power’s 2019 victory is the only podium the team has scored at PIR since the track’s return to the schedule. His 2022 championship rival Josef Newgarden, just three points back of the lead, has a best finish of only fifth. Scott McLaughlin, in the third Penske car, himself a wild-card threat for the Astor Cup, finished ninth in his only Portland race for the team.

Instead, look to IndyCar’s other powerhouse, Chip Ganassi Racing, for whom title challengers Palou and Scott Dixon both finished on the podium last year.

Dixon’s championship hopes took a hit last time out in St. Louis as his margin to the points leader grew from eight to 14 points. But at Portland, the six-time champion might just have an ace in the hole. Both of the New Zealander’s victories this year have come in street races, and PIR’s mixed concrete-and-asphalt surface, along with its propensity for chaos, make it the most street-like permanent course on the schedule.

Marcus Ericsson’s lone Portland result was seventh last year from 10th on the grid. However, given his maturation into an IndyCar front-runner over the course of this season and Ganassi’s favorability heading into the Rose City, the ‘sneaky Swede’ should be one to watch. Fourth place in the title race, just 17 points off the lead, Portland is make-or-break for the Indianapolis 500 winner. A strong run when others falter would significantly improve his championship hopes.

With rumors that link Andretti Autosport’s Colton Herta to multiple Formula 1 teams dominating off-weekend discussions, the 22-year-old Californian will want to fuel the fire with a strong performance this weekend. His best previous result at the track was fourth in 2019, but Herta shouldn’t be counted out any week, especially not at a road course.

The track that’s puzzled Penske and even kept Ganassi off its game could also be a true race for the underdogs. After a strong race at Gateway, keep an eye on the Dale Coyne Racing duo of Takuma Sato and David Malukas to show some speed once again.

Sato won this race in 2018, with a Coyne car (piloted by Sebastien Bourdais) joining him on the podium. And of all IndyCar’s underdogs, Malukas has the most momentum. Both drivers are known for their aggression, and in a race known for its unpredictability, that might just make the difference.

One driver looking to forget last year’s Portland race is Arrow McLaren SP’s Pato O’Ward, who, despite emerging from the first-lap carnage in front, struggled all afternoon, falling to 14th and losing the championship lead.

Seventh in the standings, the longest long shot left, the Mexican wheelman’s last hope to stay in the title conversation is to avenge last year’s painful defeat.

The NTT IndyCar Series Grand Prix of Portland airs this Sunday, Sept. 4 at 3 p.m. on NBC and Peacock.