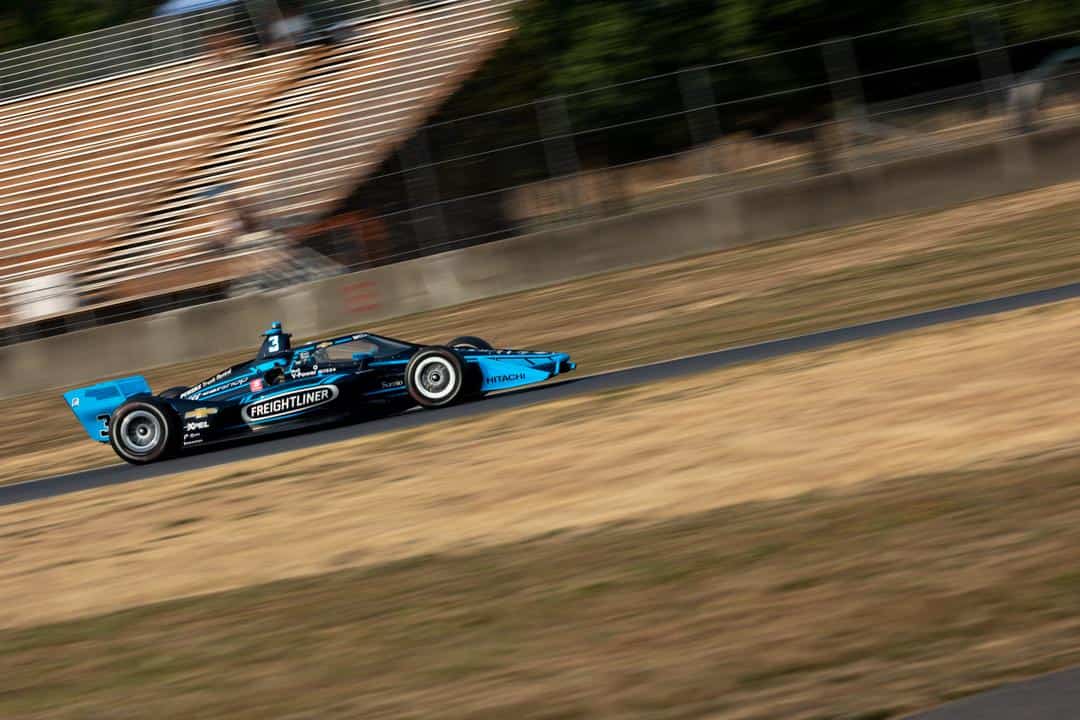 “Credit to everyone at Team Penske,” McLaughlin told NBC Sports after getting out of his car. “We weren’t great here last year. We came back here with three hot rods […] we’re all pushing each other. Will [Power], [Josef Newgarden] and myself. To get pole is a great thing.”

McLaughlin wasn’t wrong when looking at the final grid order. Newgarden qualified second and Power was third, making it a Team Penske 1-2-3 at the top of the grid. However, Newgarden will take a six position grid penalty for taking a new engine unit, due to IndyCar’s strict four engine limit per RACER.

Also making round three of qualifying were Christian Lundgaard (fourth), Alex Palou (fifth) and Pato O’Ward (sixth). There were no wrecks or accidents in any of the qualifying sessions.

Felix Rosenqvist (seventh), Colton Herta (eighth), Alexander Rossi (ninth), David Malukas (10th), Graham Rahal (11th) and Rinus VeeKay (12th) were unable to end the session in the top six to move on to the final round of qualifying.

Herta put on a flying lap and was able to just barely get into the top six in the final moment of the session to knock out Kyle Kirkwood, but damaged his car and had to change the toe link and front wing between sessions. Kirkwood (13th), Romain Grosjean (15th), Jack Harvey (17th), Simon Pagenaud (19th), Helio Castroneves (21st) and Jimmie Johnson (23rd) were all eliminated in this session.

The Grand Prix of Portland, the penultimate round of the 2022 IndyCar season, will be broadcast by NBC (and simulcast on Peacock) on Sunday, Sept. 4. The race will begin at 3 p.m. ET.