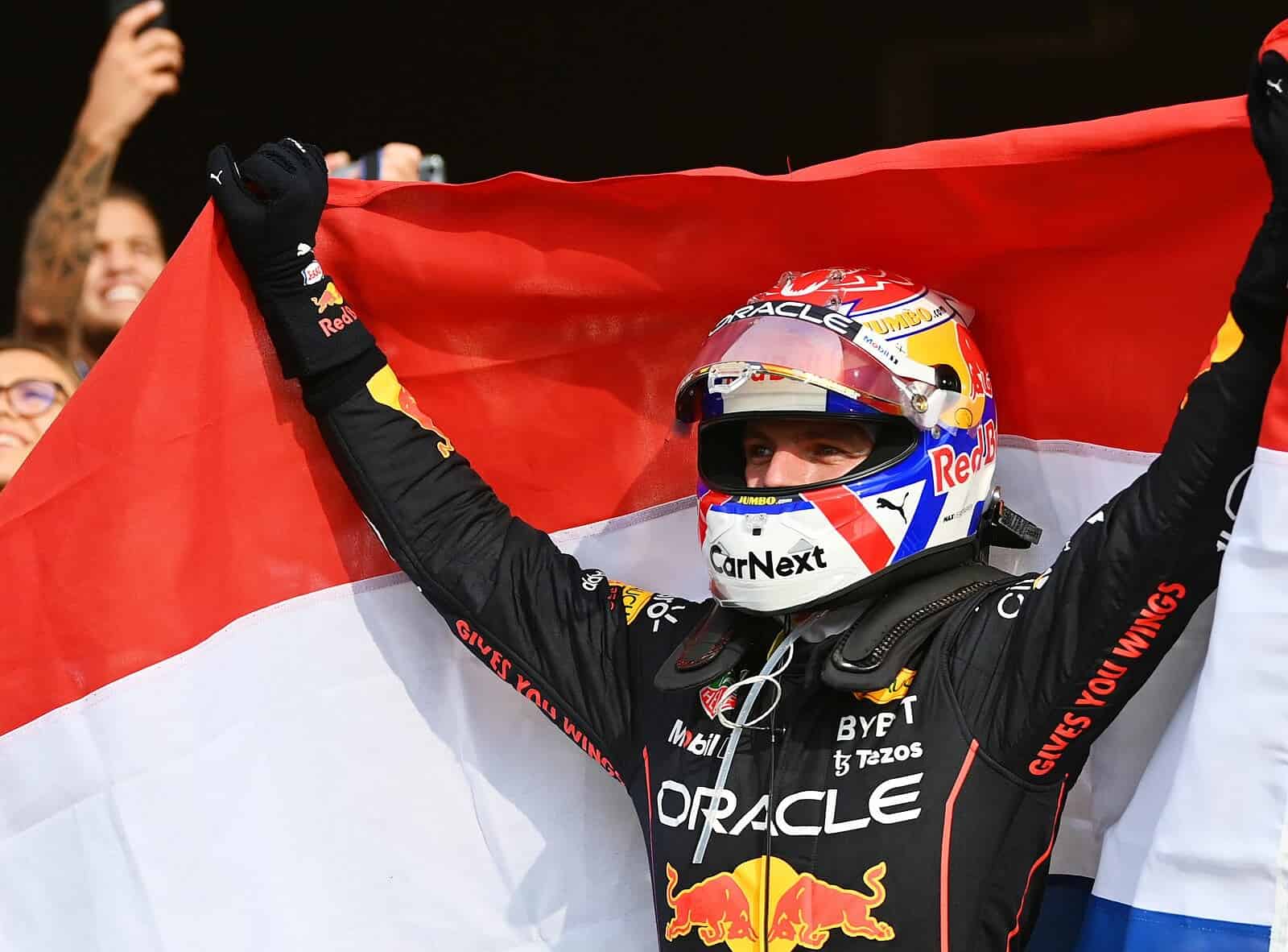 For the second straight year, Max Verstappen scored a popular win in the Netherlands, storming to victory Sunday (Sept. 4) in the Dutch Grand Prix. The Dutchman cruised to his 10th victory of the 2022 season thanks in part to a virtual safety car and a full safety car situation in the final 30 laps at Circuit Zandvoort.

On lap 45, Yuki Tsunoda had a bizarre situation start where he stalled out on track immediately after pitting. Tsunoda, who complained about the tires not being tight, made it back to pit lane, albeit very slowly. The AlphaTauri mechanics changed his tires again and seemed to fiddle around with the Japanese driver’s belts in the cockpit before sending him off. Tsunoda yelled over the radio there was still a problem and ended up stopped on track.

The virtual safety car allowed Verstappen to pit for hard tires and fend off the charging Mercedes of Lewis Hamilton and George Russell. Both of the Silver Arrows also pitted for medium tires on the same lap, but Hamilton came out 14 seconds behind Verstappen.

Hamilton knocked the lead down to 11 seconds before a full safety car on lap 56 for Valtteri Bottas‘s stalled car on the frontstretch. Verstappen pitted for softs, as did Russell after stating on the radio he wanted to go on the new compound. Hamilton stayed out on the mediums, meaning the seven-time champion was once again a sitting duck for Verstappen, who passed him looking heading into turn 1 after the restart and never looked back.

“It was not a straightforward race, we had to push the whole race,” Verstappen told F1 Media during the podium interview. “Of course, with safety car, virtual safety car, making the right calls is always a bit of a question mark. But it worked out really well once we went back to the soft tires. We had great pace again. […] we timed [the restart] really well. Incredible to win again.”

It is the 28th career victory for Verstappen. He’s now three wins away from the season-high record of 13 wins in an F1 season, held by both Michael Schumacher and Sebastian Vettel. Verstappen needs to win four of the last seven races in order to break the record held by the two Germans.

Russell finished second and Charles Leclerc was third, while Hamilton was denied a podium in fourth. Sergio Perez ended the day in fifth while Fernando Alonso moved up a race-high seven positions from his starting position to finish sixth.

Lando Norris finished seventh in damage-prevention mode, as McLaren continues to fight with Alpine in the Constructors’ standings. Alonso finished right ahead of Norris while Esteban Ocon finished right behind in eighth.

Carlos Sainz had a top-five finish thrown away due to a five-second penalty for passing right as the yellow flags waved due to the Bottas caution. Sainz, who was already out of position to challenge for the win due to a very slow first pit stop, as the left rear tire changer was out of position, finished ninth.

Lance Stroll had a solid race end with the final point of the day in 10th for Aston Martin.

Verstappen further extended his mammoth championship points lead, thanks to Russell serving as a buffer from Leclerc and Perez finishing fifth. The Dutchman now has a 109-point lead on both Leclerc and Perez, simply needing to win three more races to put the World Drivers’ Championship on ice.

In the Constructors’ Championship standings, Red Bull gained even further on their lead over Ferrari thanks to Sainz’s ninth-place result. They’re now leading by 135 on Ferrari as Mercedes somehow closes within 30 of the prancing horse for second place. Meanwhile, the battle for seventh only got closer with Haas still leading AlphaTauri by five points. Aston Martin is nine points behind the American team.

The next F1 race will be the 2022 Italian Grand Prix, as the orange army goes home in favor of the red Ferrari tifosi to see if their team can close on Red Bull. The race will be broadcast by Sky Sports on ESPN2 Sunday, Sept. 11 at 9 a.m. EST.