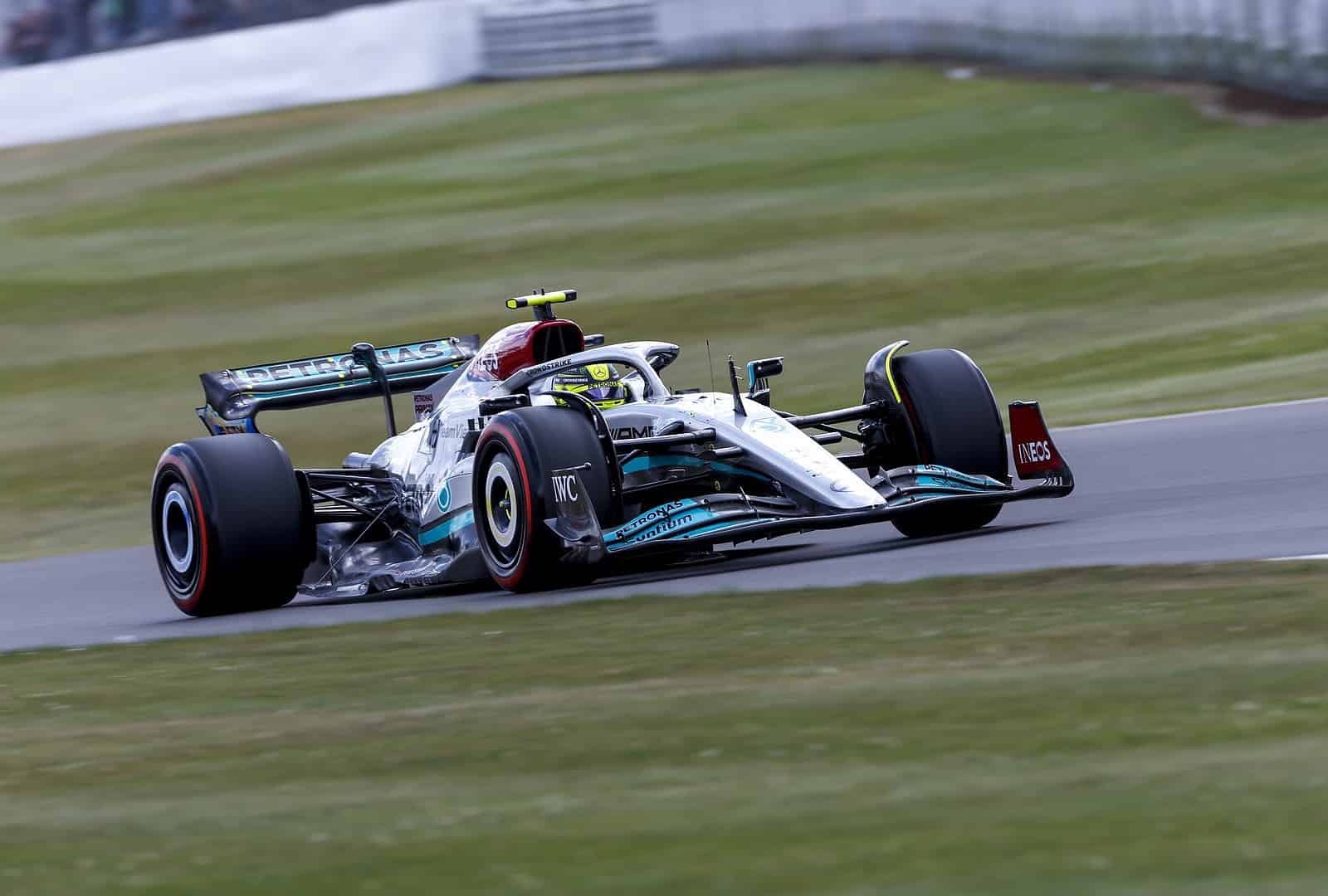 With low temperatures at Circuit Zandvoort, the shortest pit lane on the schedule and Pirelli’s three hardest tire compounds on offer, nobody thought the prime strategy for Formula 1’s Dutch Grand Prix would be relying on the hard tires.

Nobody, that is, except for the strategists at Mercedes-AMG Petronas. A one-stop that became a three-stop race elevated George Russell to second, while a two-stop race for Lewis Hamilton saw the victory slip between his fingers before dropping to a disappointing fourth at the checkered flag.

The three top qualifiers in Max Verstappen, Charles Leclerc and Carlos Sainz, as well as fifth-place Sergio Perez, predictably started on the soft compound, leaving the window open for the Mercedes duo of Hamilton and Russell from fourth and sixth, as well as McLaren’s Lando Norris in seventh, to start the race on the yellow-walled medium compound.

Predictably, Verstappen rocketed off into the dunes, with Leclerc and Sainz just not quite able to keep up. Yet, just a few laps later, Sainz saw silver in his mirrors.

Despite the cloud cover and the W13’s reputation for poor tire warming, Hamilton was able to reel in Sainz, easily closing to within DRS range of the Ferrari before lap 10. With the soft runners diving one-by-one into the pit lane, by lap 20 the two Mercedes ran first and second for the first time in 2022 while the others closed in on fresh mediums.

Verstappen is slowly reeling in Russell 🎣

However… both Mercedes have yet to pit and it looks like they are on a one pit-stop strategy. #DutchGP #F1 pic.twitter.com/42FB8OuCJG

On lap 30, Hamilton hit pit lane for the white-sided hards, followed two laps later by Russell. They emerged outside the podium positions, but the Silver Arrows had pace.

Hamilton gets past the Minister for Defence AKA Checo Perez! 😃

On lap 37, Hamilton battled past a fiercely defending Perez to take third, with Russell following him through two laps later. With Leclerc and Verstappen still needing to pit, the seven-time World Champion had the win in sight.

Then, Yuki Tsunoda’s AlphaTauri stopped on the track. Leclerc dove into the pit lane, predicting a safety car to leave Hamilton in second, but the No. 22 started back up. However, a lap later, Tsunoda stopped again to bring out a virtual safety car with 47 laps remaining.

With the one-stop strategy blown up as Tsunoda’s powertrain, both Mercedes followed Verstappen into the pits, switching to medium tires while the Dutchman took hards.

Verstappen leads by 13 seconds from Hamilton with Russell not far behind. #DutchGP #F1 pic.twitter.com/KiMqpTirzl

When racing resumed, Hamilton and Russell continued to close in on the leader, the W13 finally working the tires to their full potential. But a full safety car on lap 55 flipped the game board once again.

Bottas pulls up just before Turn 1 and, after a pause…

Verstappen pitted for softs, leaving Hamilton and Russell on used mediums in first and second with 57 laps to go. Then, for the first time all day, the Silver Arrows split up.

With the full field following the safety car into the pits, Russell asked the Mercedes pit wall to put him on softs for the final restart, changing his initial one-stop strategy to an unexpected three-stopper. That placed softs-shod Verstappen right on Hamilton’s gearbox for the final stint.

Russell’s risky call turned out to be the right one, as the soft-tire runners easily had the measure of Hamilton in the closing 12 circuits. The seven-time champion could only watch as Verstappen, Russell and Leclerc slipped by to lock out the podium, leaving the Mercedes engineers to wonder, on the first afternoon all season that the Silver Arrows could challenge for the win on pace, where exactly their calls went wrong.