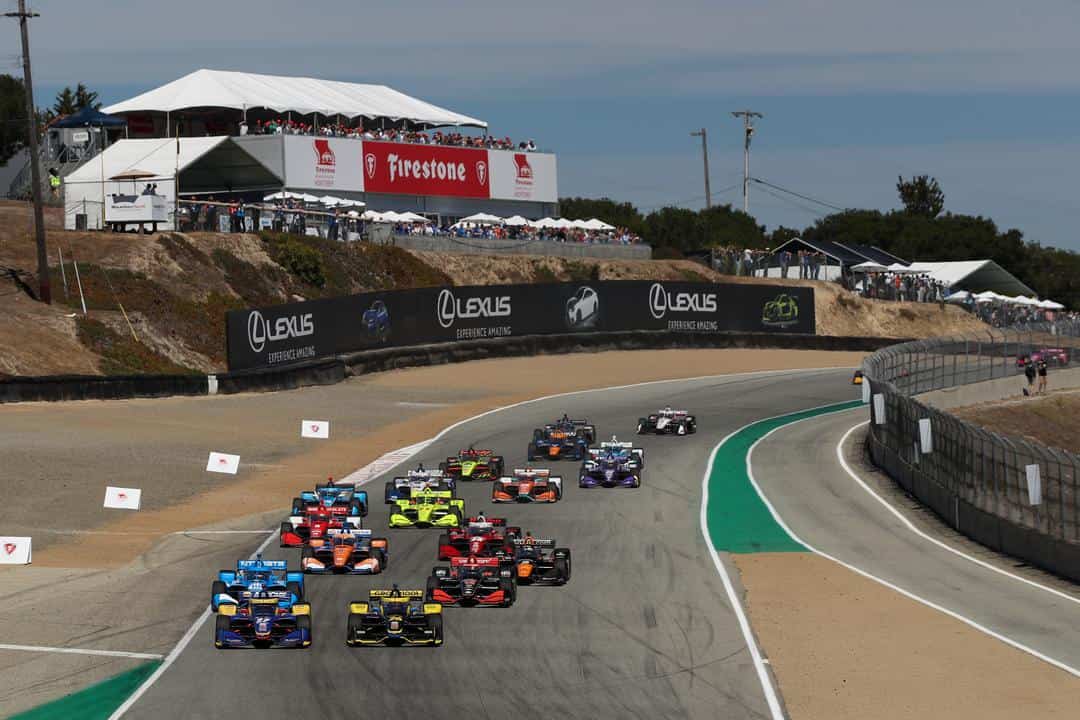 The top five in points heading into the final race of the season are:

With an impressive record of 11 top four finishes over the course of 16 races, Team Penske’s Will Power needs only to finish on the podium to take his second championship. To this point, Power has collected eight podium results including a win in Detroit.

Sat 20 points back from Power are Josef Newgarden and Scott Dixon, chasing their third and seventh titles respectively. While the battle is uphill for both of Power’s main challengers, the title is certainly still up for grabs.

Tune in to the season finale on Sunday, September 11 at 3PM ET on @nbc and @peacockTV. pic.twitter.com/DDG1iVxTiD

Power remains optimistic about his chances at a second title despite a less than cushy margin to Newgarden and Dixon.

“It’s more comfortable if it was 30 points ahead instead of 20, but I’m in the best position of everyone, mathematically. Just need to get to Laguna [Seca] and do a good job, man,” Power told RACER last Sunday.

Hypothetically, imagine Newgarden (or Dixon) can pull out all the stops in Monterey, collecting 50 points for the win, an extra point for leading a lap, two extra points for leading the most laps, and one final point for pole position. These 54 points bring Newgarden/Dixon to a total of 557 points on the year.

With Power’s current total of 523, the 35 points on offer for third place bring him to 558, beating out Newgarden by a lone point with no need for bonus points. The same goes for Dixon as the Kiwi sits level with Newgarden.

A daunting 39 and 41 points back from the lead are Marcus Ericsson and McLaughlin, respectively. McLaughlin pulled out a massive win in Portland to save his championship aspirations while Ericsson’s campaign in the Pacific Northwest was characterized by frustration and frustration alone.

Despite this contrast, these two challengers are on equal footing as far as their shots at the title are concerned.

Mathematically, the only situation that offers either Ericsson or McLaughlin a real shot at the Astor Cup is a DNF or severe damage for Power and a finish of lower than fourth for both Newgarden and Dixon, this is all assuming that either of the outsiders win the race as well.

The numbers say it’s possible, the nature of Power, Newgarden, and Dixon say you shouldn’t be holding your breath.

This fact comes at the perfect time for Power, as only one driver on the current IndyCar roster has won at Laguna Seca in the past 20 years.

Colton Herta, while currently outside title eligibility, is undefeated at Laguna Seca since the historic track’s return to the IndyCar calendar in 2019. To their credit, Kyle Kirkwood and Rinus VeeKay have taken Indy Lights wins in Monterey in the past; however both have yet to turn racing laps around the circuit in IndyCar machinery.

Herta has had a slightly underwhelming season as far as road courses are concerned, despite weathering the storm, literally, to take a lone win at the hectic GMR Grand Prix. The 22-year old’s average finish at permanent road courses in 2022 clocks in at 10.16. Not bad, but perhaps not as high as one would suspect from Herta.

Whatever 2022 may look like for Herta, nobody in the field should be taking the prospect of a new winner at Laguna Seca as a given. This streak Herta has built since 2019 may well extend through and beyond 2022.

Heading into the weekend with a 20 point lead isn’t enough to keep Power comfortable. Keeping with the zeitgeist, this championship is set to go down to the wire as it has for the past 17 seasons.

The Firestone Grand Prix of Monterey will air from Weathertech Raceway Laguna Seca on Sunday, Sept. 11, at 3:00 p.m. ET with coverage on NBC.