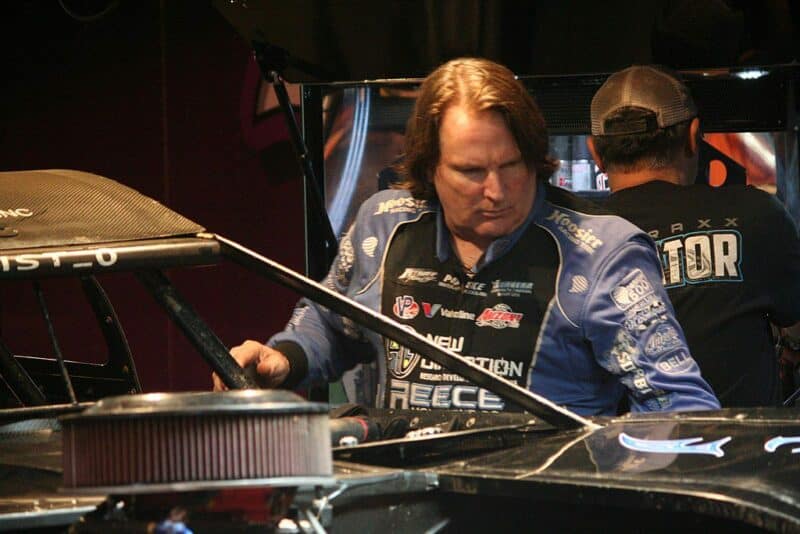 The announcement that the NASCAR Cup Series will return to North Wilkesboro Speedway for 2023 and race on the current asphalt means that the dirt races scheduled for the track in October have been canceled.

Dirt racing as a sport should be breathing a sigh of relief that NASCAR has opted to take back a track of its own and prevent what would by default be the fall edition of the Bristol Dirt Nationals. The odds of rehabbing a dirt surface that hasn’t been raced on in six-plus decades into a viable racing surface for 21st-century dirt cars always seemed to get glossed over in the discussions for this event, but let’s assume the surface isn’t an issue.

North Wilkesboro is a 0.625-mile oval, which by 2022 dirt racing standards is a superspeedway. And while super late models and 410 sprint cars are of an echelon of racecar that can (and should) race on tracks that distance, the same can’t be said for 4-cylinders, stock cars and crate late models that were going to make up the bulk of the racing schedule on Wilkesboro dirt.

And let’s not forget that North Carolina is NOT sprint car country. Plus, it was doubtful at best the World of Outlaws were going to release its regulars to run the event either.

West Virginia Motor Speedway, another 0.625-mile dirt oval, tried hosting similar races earlier in the year and suffered so much for car count that it ended up closing for 2022 early. The reality is racing on tracks that distance are extremely taxing on engines and safety equipment alike; one competitor estimated after running his modified on the dirt mile at DuQuoin State Fairgrounds last weekend that he put four features’ worth of wear on his engine to run in Monday’s feature alone.

Factor in wear and tear, an unknown surface and track configuration and no guarantee that car counts would hold out over a month of racing, and I for one am giddy that North Wilkesboro will not host dirt racing in 2022. Dirt racing at Wilkesboro is like NASCAR racing at Indianapolis Motor Speedway: a romantic concept, but quality of racing be damned.

Another story of no laps being turned unfolded in dramatic fashion at Eldora Speedway Wednesday night, where the final 80-some laps of the Dirt Late Model Dream were finally run after being rained out in June. And Scott Bloomquist, who had made the field for the feature, ended up being locked out of the racetrack and not allowed to start after his team failed to show up for technical inspection on time.

😲 Bloomquist does not make it to tech in time and misses the restart for the Dream at @EldoraSpeedway! pic.twitter.com/9NHtFOZgVZ

Bloomquist spoke to Flo Racing Thursday morning, explaining that the team was replacing a steering line and had in fact left its pit stall to head toward staging when the pit gate was closed, preventing him from reaching the racetrack.

It’s hard to be sympathetic here. Bloomquist has been racing at Eldora for decades, and the Dream is a $128,000-to-win feature. Misunderstanding rules relating to staging in that environment is an abject failure of a race team and worthy of the significant ridicule, on social media and even in Flo’s post-race coverage, that was piled on the No. 0 team. Though maybe the misunderstanding made business sense?

No, he didn’t make it out, but Bloomquist picked up his starting money without the expense of tires, fuel & laps on his motor. And he probably sold a few t-shirts too.

I was unequivocally supportive of dirt late model racing’s move to unified rules prior to the start of the 2022 season that saw pretty much every major sanctioning body in the country agree on a uniform rulebook for super late model racing that would allow racecars to run between series virtually unchanged.

Thursday, the dirt late model racing community made another such move for the 2023 season, adopting a uniform tire rule across the sport. Working with Hoosier Tire, the company’s super late model offerings for 2023 will be simplified down to a handful of sizes and compounds for the 2023 season, all tires which will be designed not to require grooving or prep work.

I’m not as unequivocally supportive of this move. For one, unlike NASCAR, there are multiple companies out there that build dirt racing tires, and if Goodyear has taught us anything over the last few decades, it’s that tire monopolies do not always inspire quality products.

See also
Side-By-Side: Is It Time For Goodyear to Have Some Competition?

On the other hand, there’s some good stuff in this idea. Hoosier’s late model tires will offer different compounds, meaning that tire selection will remain an element of race strategy in super late model racing. Further, the simplification of Hoosier’s product catalog is being designed in a way to streamline the offering and preparation of racing tires, a product line that has been front and center of the nation’s supply chain issues and has resulted in race cancelations throughout 2022, even at the national level.

Tuesday night's Castrol FloRacing Night in America event at @34Raceway has been canceled due to the ongoing tire shortage.https://t.co/it2Tz7z0rJ

Sanctioning bodies working together is a very good thing, so I’m going with the trust-but-verify approach to this tire rule. The Wild West Shootout in January will be an even bigger storyline if it ends up debuting there.

This weekend is an absolute deluge of big-dollar races across dirt racing, so we’re going to go from sea to shining sea and do some prognosticating. Our trip across the country starts in Port Royal, Pa., for the All-Star Circuit of Champions tour’s Tuscarora 50 sprint car race at Port Royal Speedway, paying $60,000 to win.

The World of Outlaws are on the West Coast, meaning Saturday’s Keystone State showdown will be contested between the ASCoC regulars and the Pennsylvania Posse. But even if the Outlaws were present, it wouldn’t change my pick for race winner.

Brent Marks, the nation’s leading sprint car money winner and the Kings Royal champion earlier this summer, will absolutely be the car to beat at Port Royal on Saturday. Marks is racing on home turf on a half-mile, where he’s thrived all summer long. Any other winner Saturday would be a shocker.

Brandon Overton’s 2022 season has certainly not measured up to last year, a campaign that saw him end the top-ranked dirt late model racer in the country. But Wednesday night, Overton looked very much in 2021 form when he blasted by Chris Madden on a late restart to win the rescheduled Dirt Late Model Dream, his third consecutive win in the crown-jewel race.

🏁 He’s been thinking about it for 88 days but @Boverton76 can rest easy tonight as the 2022 Dirt Late Model Dream champion at @EldoraSpeedway!

Don’t expect that form to stick.

For as good as the No. 76 was Wednesday night, Overton benefited in a big way from a late-race caution; without the restart, he didn’t appear to have the long-run speed to catch Madden under green-flag conditions.

What’s more: as of this writing, as qualifying for the first World 100 prelim night is ongoing from Eldora, Madden out-qualified Overton by more than 20 spots. With a whopping 107 cars in the pits for the World 100, qualifying will absolutely matter, because being buried in heat races with stacked fields is going to make life very difficult for any driver.

Madden and Jonathan Davenport have been in a league of their own in super late model racing in 2022, have demonstrated qualifying speed, and were the two drivers that ended up deciding the Eldora Million among themselves in June. Expect them to stage a reenactment for the World 100 crown.

One year ago, it was Pennsylvania driver Logan Schuchart who won the prestigious Gold Cup at Silver Dollar Speedway in California. And while it’s tempting to stay on the Pennsylvania bandwagon given just how successful a year the “Posse” state has had (Marks won the Kings Royal, while Anthony Macri remains the nation’s leader in sprint car feature wins), expect the home-state Californians to return that trophy home this weekend.

For one, the revised format of the race is now mimicking that of the Knoxville Nationals, with prelims splitting the field in half. The chances of Californians sweeping the prelims are high, with Thursday night’s field including both Kyle Larson and defending series champion Brad Sweet, while Friday night includes current WoO wins leader Carson Macedo.

More than anything, even with the Pennsylvanians proving strong both at home and out of state all year along, let’s not forget the last time the Outlaws were out West racing in California was back in March, when the home-state drivers cleaned up. Macedo or Sweet for the weekend.

Actually the Carolina Sprint Tour has been gaining popularity in the Carolinas. They usually get 15 – 20 cars at most races. Yes, they often arent all 410’s but they are a really good series that is reliable and well run. I could easily see 24-28 cars there with that tour.