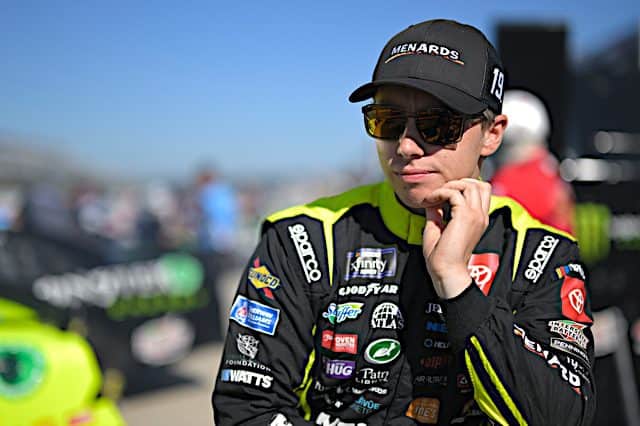 Brandon Jones topped the charts last weekend at Darlington Raceway, and he backed it up with his second straight NASCAR Xfinity Series pole at Kansas Speedway with a speed of 174.695 mph in Friday’s (Sept. 9) qualifying session.

It is Jones’ third pole of the season, and as a two-time winner at Kansas, he enters Saturday’s (Sept. 10) race as one of the favorites.

Akinori Ogata was the lone driver that failed to qualify.

Qualifying had two incidents, the first of which saw Kris Wright lose control in turn 4. He backed it into the wall, but he was able to avoid significant damage.

He ALMOST kept it off the wall. A spin in Xfinity qualifying for Kris Wright. https://t.co/Fe2Viq8MUV pic.twitter.com/oOSAzEmlxO

Wright will start second-to-last in the race (37th).

Ryan Vargas wasn’t as lucky. He lost control coming out of turn 2 and made hard contact with the inside wall despite his best efforts to slow the car down.

A long spin ends after hard contact with inside wall.@RyanVargas_23 exited his car under his own power. pic.twitter.com/Ruy2MO5C3k

Vargas will go to a backup car and therefore have to start at the tail end of the field, redundant since he qualified last (38th).

The Kansas Lottery 300 will take place on Saturday, Sept. 10 at 3 p.m. ET with TV coverage provided by USA Network.