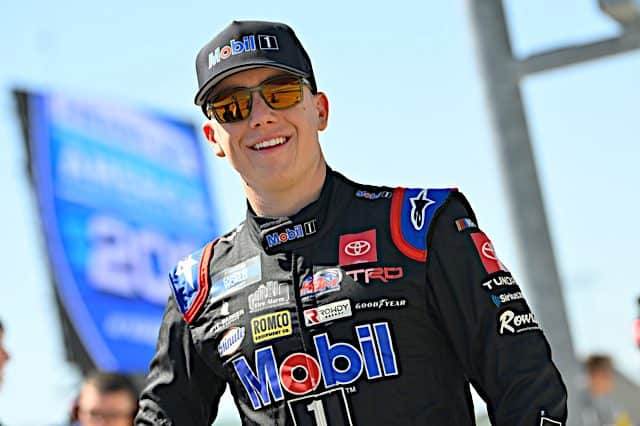 If there was one word to describe John Hunter Nemechek in NASCAR Camping World Truck Series qualifying this season, it would be electric.

He did again on Friday afternoon (Sept. 9) at Kansas Speedway, as he scored his sixth pole of the season with a speed of 175.444 mph.

Nemechek also won the pole at Kansas in May, and he will look to win from the pole for the second time this season.

Nemechek will be joined on the front row by Ty Majeski, who scored a career-best second-place finish at Kansas in May. Nemechek’s Kyle Busch Motorsports teammate Corey Heim clocked in third, while Christian Eckes qualified fourth.

Chandler Smith, the most recent winner at Richmond Raceway, will roll off fifth.

Defending series champion Ben Rhodes will start sixth, while Ryan Preece was the highest Ford in seventh. Matt Crafton, Zane Smith and Tanner Gray rounded out the top 10, while Grant Enfinger was the highest qualifying Chevrolet in 12th.